The Impact of the Stock Market on SaaS Valuations in 2015 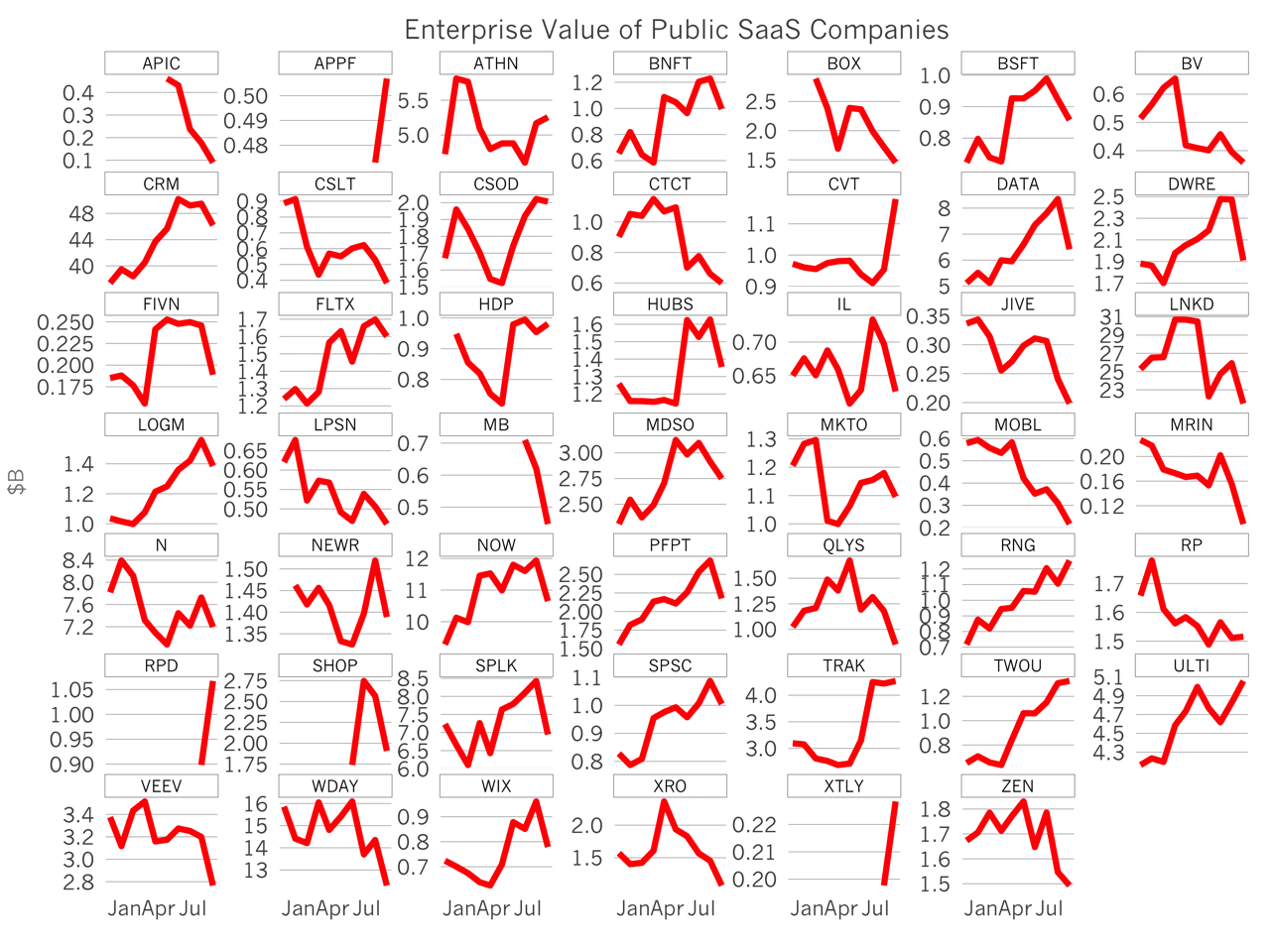 The public markets are down more than 10% from their highs in the last few months. Public SaaS companies have been particularly hard hit. The chart above shows the enterprise value of publicly traded SaaS companies. Many of them are down substantially more than 10%. Let’s dig in a bit more. 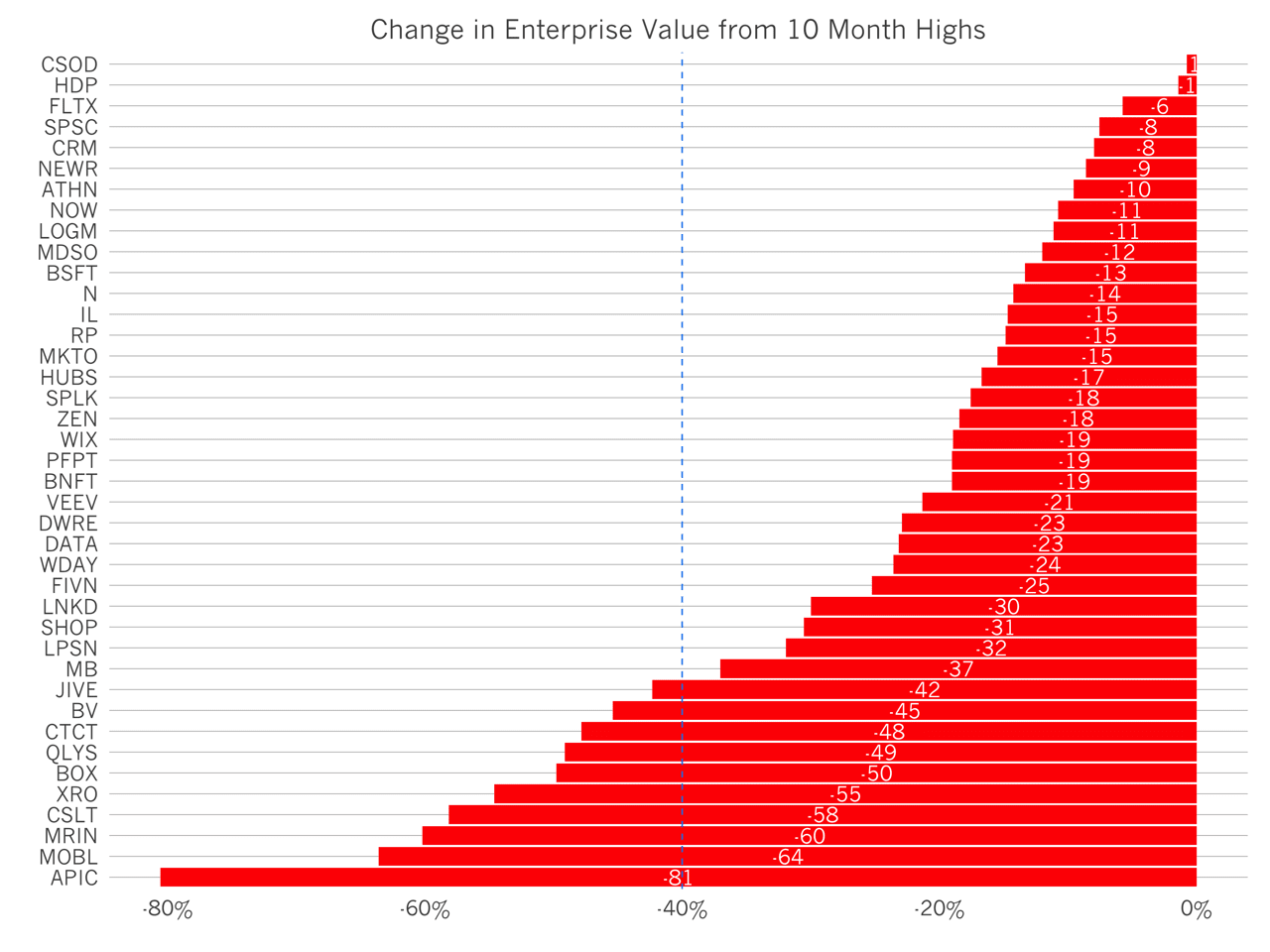 While there are five companies who currently sit at their all time highs, as of August 21, more than 90% of the SaaS companies are below at a median decline of 40%. Apigee is down 80% and MobileIron has lost more than 60%. The impact to SaaS valuations, in the public markets, is broad, and most of these names, which have benefitted from better than average multiples, are seeing the downside of those aggressive valuations in the form of larger than typical corrections. 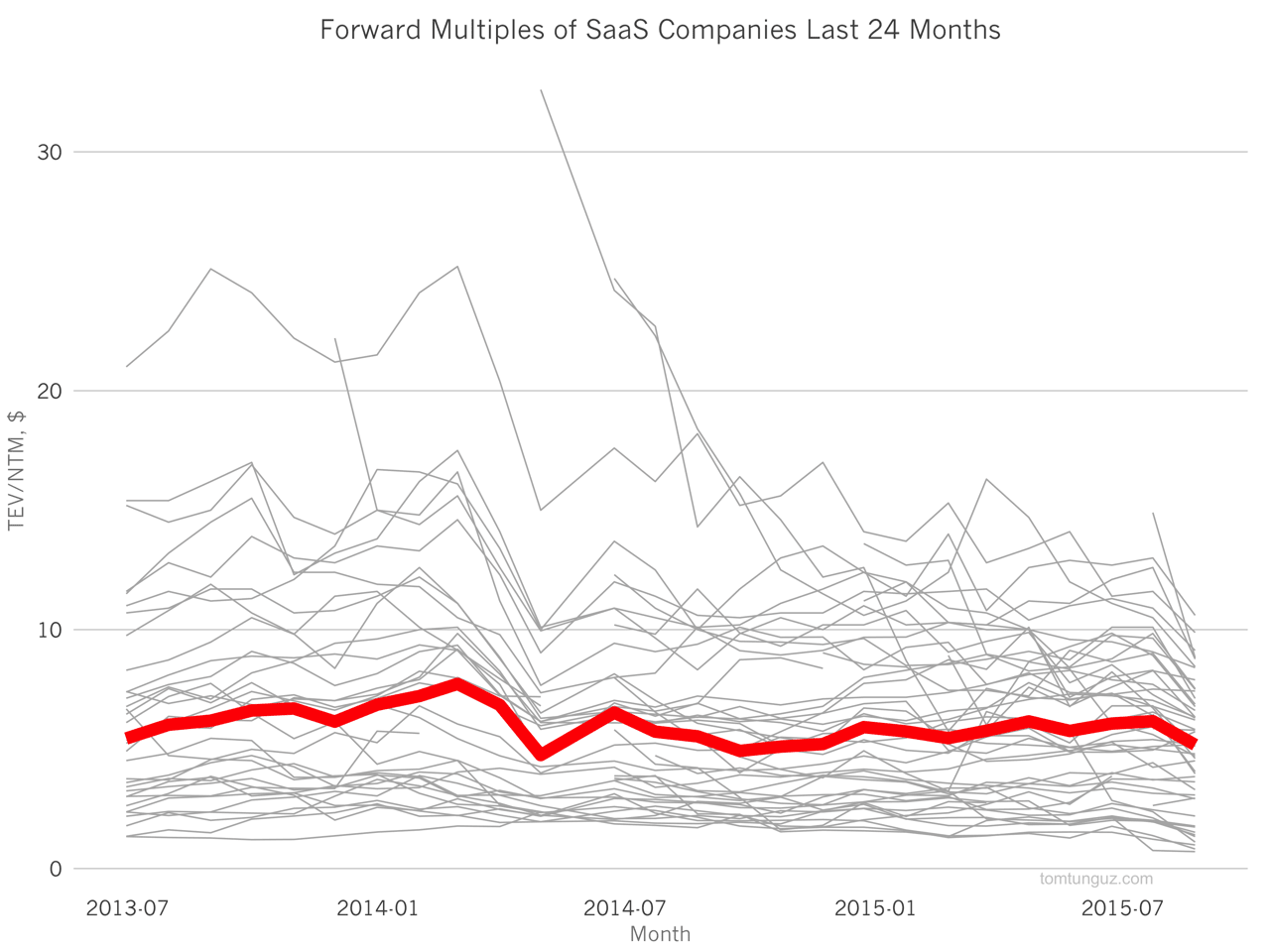 It’s not that the fundamentals of these businesses have changed broadly; rather public market investors view newly minted public software companies with more caution The chart above shows the Enterprise Value to Forward Revenue Multiple over the last two years. The dispersion in multiples in late 2013, when Xero topped 20x, has become more concentrated recently. Nearly all companies now trade at less than 10x forward revenues, and the median has dropped in August by 16%. 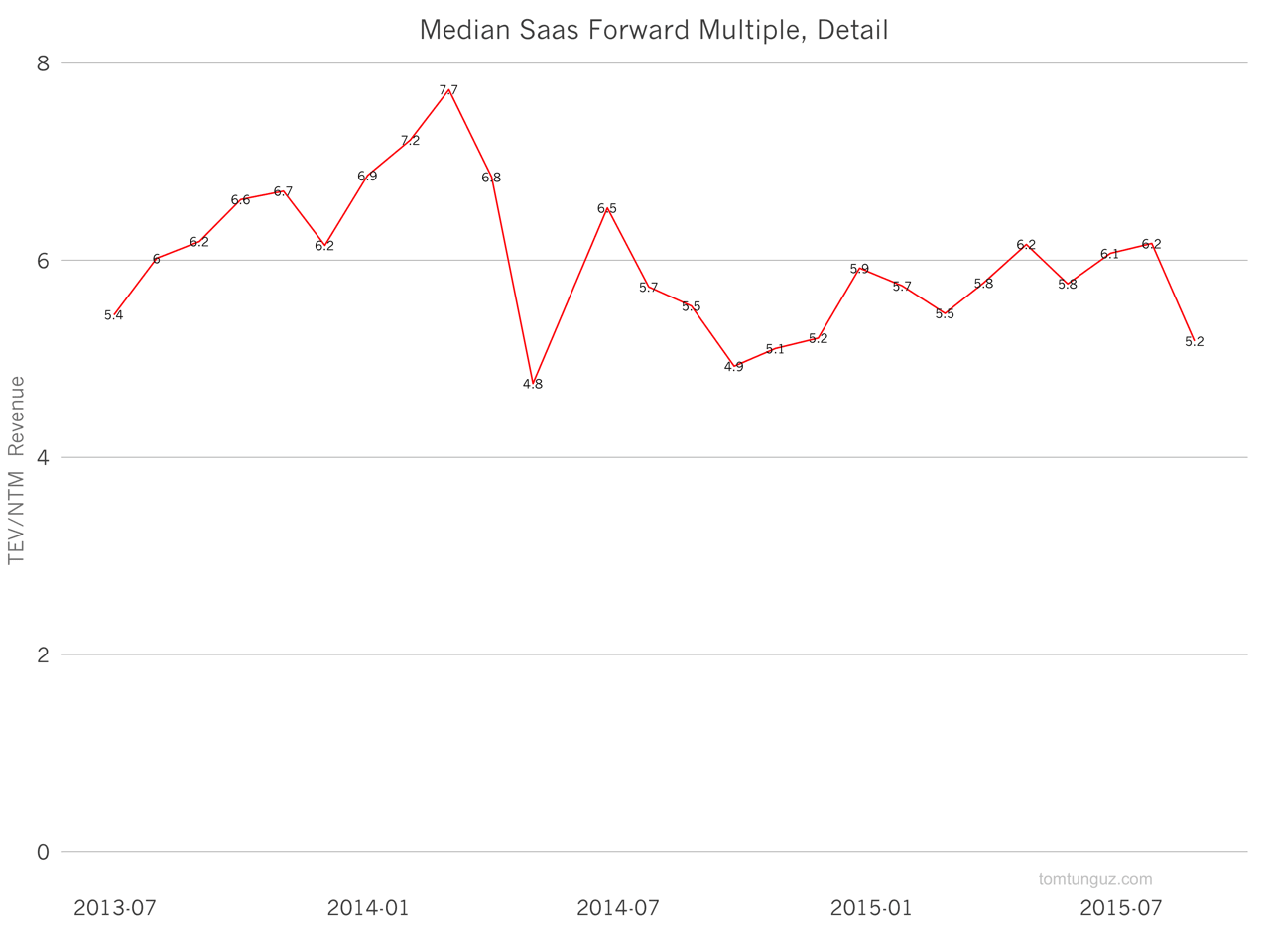 Zooming into the median, we see that August’s figure is 5.2 EV to Forward Revenue is tied for the third lowest in the last 24 months. One interpretation of forward multiple: investors are decreasingly confident in the ability of SaaS companies’ to achieve their projections. This is likely informed by the turmoil in China and the recently increasing volatility of the US stock market.

Paraphrasing Burton Malkiel’s seminal book, Wall Street prices are somewhat of a random walk - and so we shouldn’t extract extreme conclusions from the perturbations of the stock market. But there has been a material correction in the valuation of public SaaS/software companies in the past few months. It’s hard not to wonder when the realities of the public market will begin to influence the private markets.