Are SaaS Startups Today Worth More than Ten Years Ago? 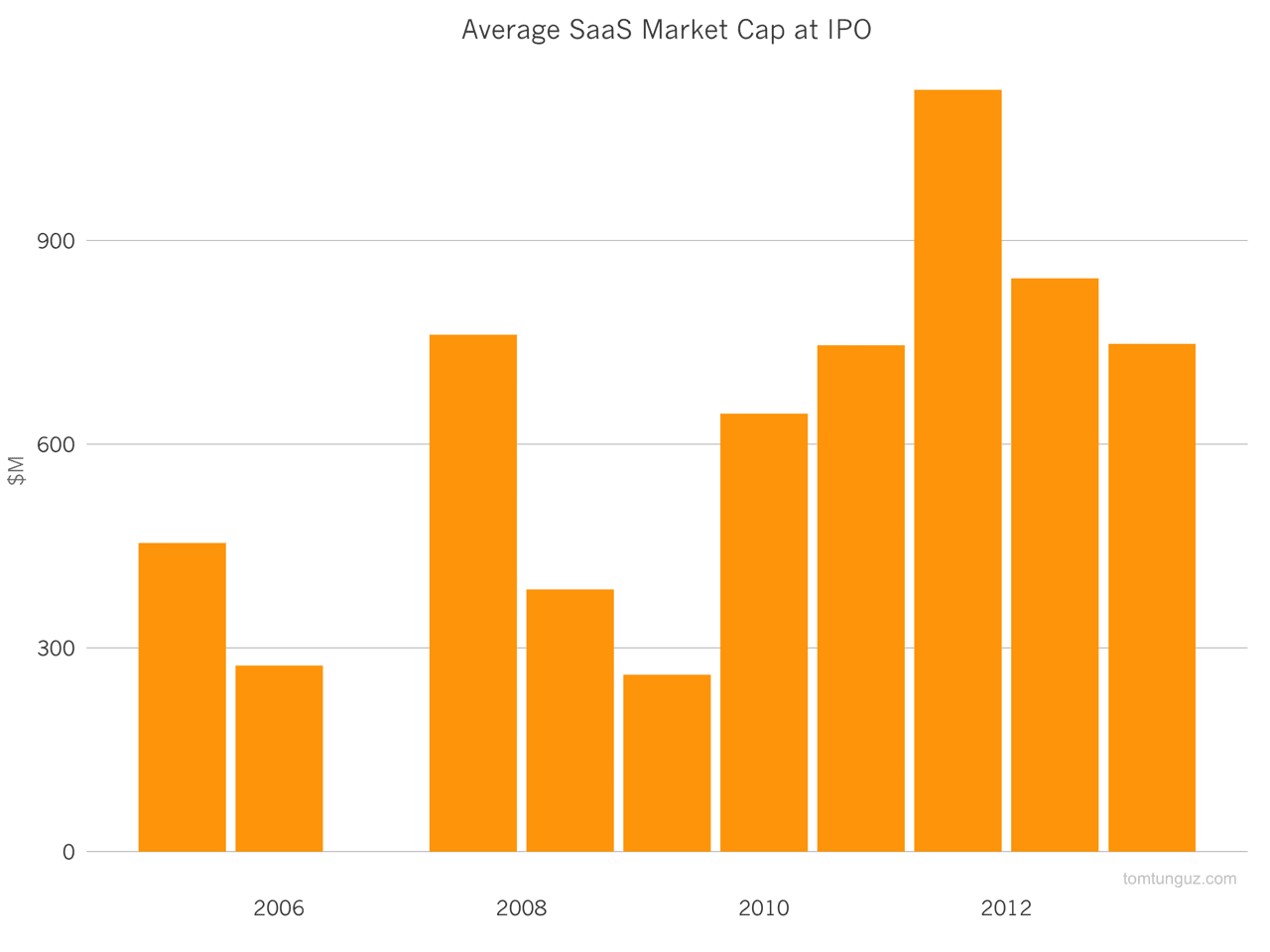 In the Runaway Train of Late Stage Fundraising, I analyzed the growing disparity of the public and private markets. Ten years ago, we saw 2-10x as many IPOs as $40M+ rounds. Today, we see 16x as many $40M+ growth rounds as IPOs. There’s no question that companies are waiting longer to go public, fueled by late stage private investment. I was wondering if as a consequence, we might see bigger IPOs.

Surprisingly, the answer so far is no. The chart above shows the average market capitalization at IPO for recent software IPOs. The figures are adjusted for inflation.

Though the chart demonstrates some variance from year to year, there’s actually no statistically significant difference in the average market cap of a SaaS company going public today compared to ten years ago. It’s about $900M. 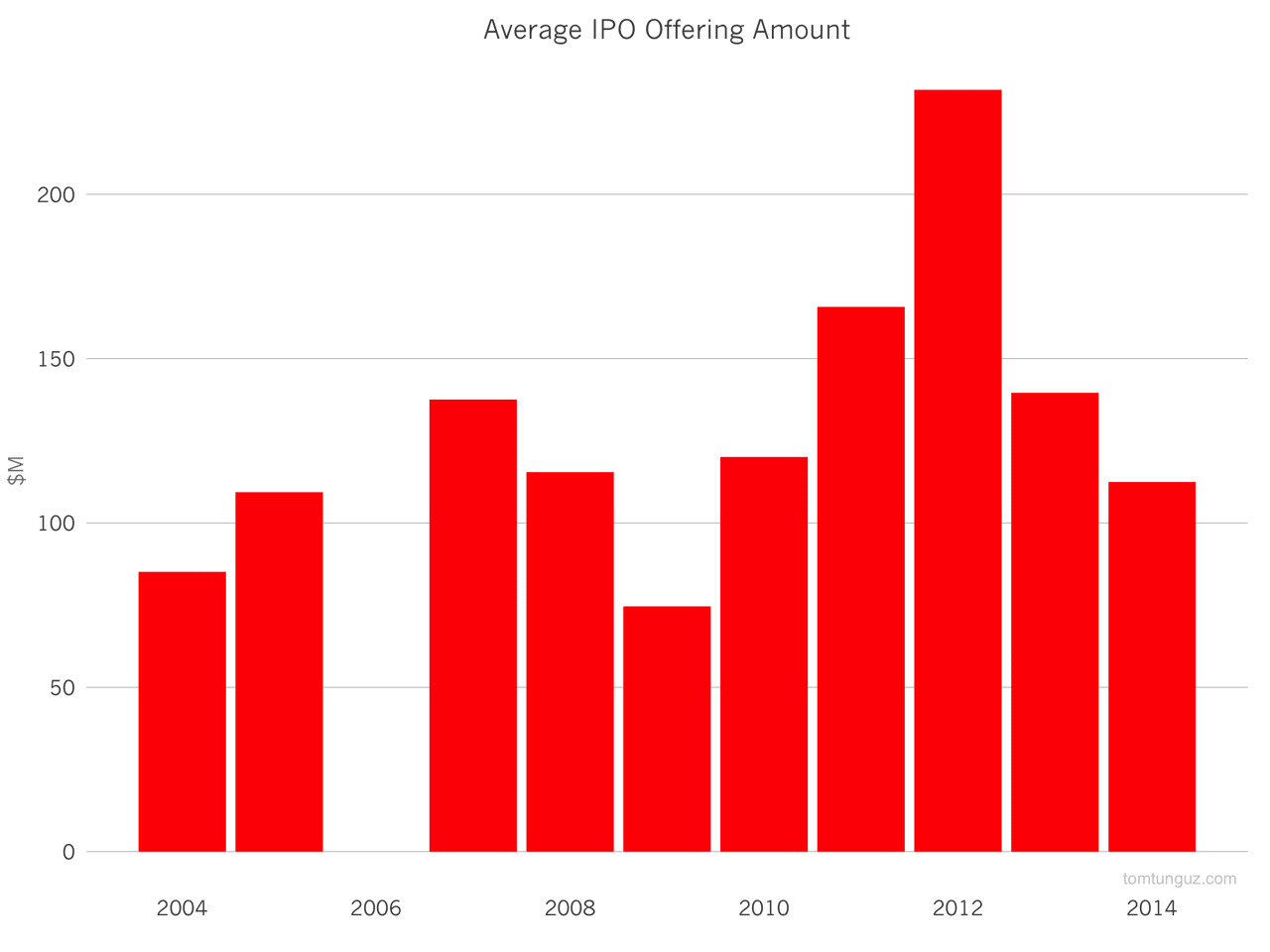 When the companies do go public, they raise about $140M. Again, this amount when adjusted for inflation hasn’t changed over the past decade. 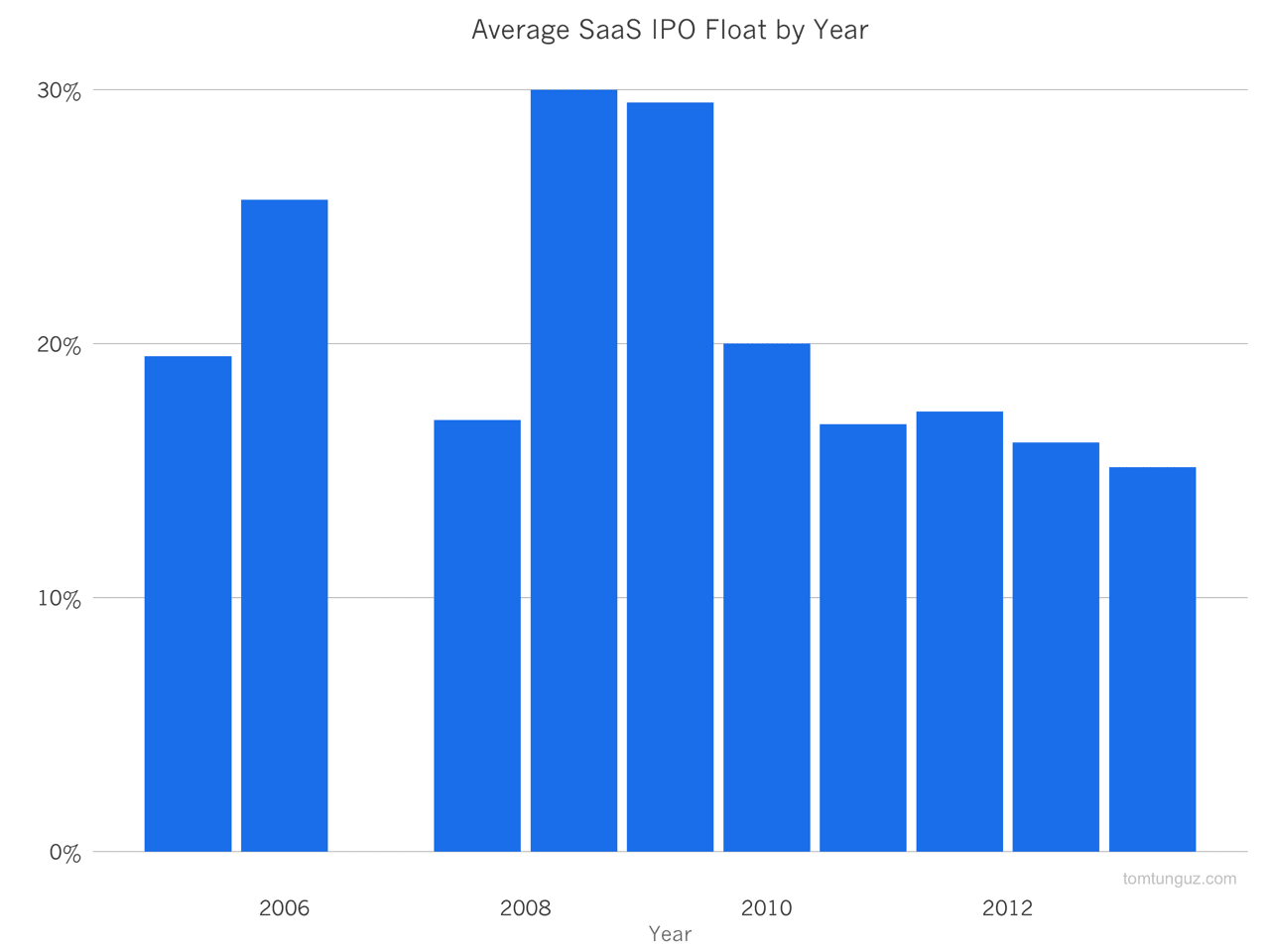 Nor has the float (the fraction of share the business sells to raise money) changed materially over the same time period. In other words, public market investors are investing on the same terms in software companies today as a decade ago.

One could argue that the majority of the private market darlings which has raised enormous war chests have yet to go public, and consequently haven’t impacted these figures yet. However, there are a few examples of such businesses which have gone out. Namely, New Relic ($215M raised, $1.0B market cap), Box ($561M raised, $1.6B market cap at IPO), HortonWorks ($200M raised, $0.6B market cap at IPO). We’re certain to see many more data points surface in the next year or two, and I’ll be keeping an eye on the trend.

I’m curious if there is a correlation between dollars raised and market cap at IPO. Though I haven’t run the analysis, I suspect there likely isn’t because while some businesses do seem to require hundred of millions to go public, others like Veeva and Tableau make do on less than $20M each.

So, given the data we have today, we have to conclude public markets are treating high flying software companies the same today as over the past decade, even if private market investors are far more bullish.