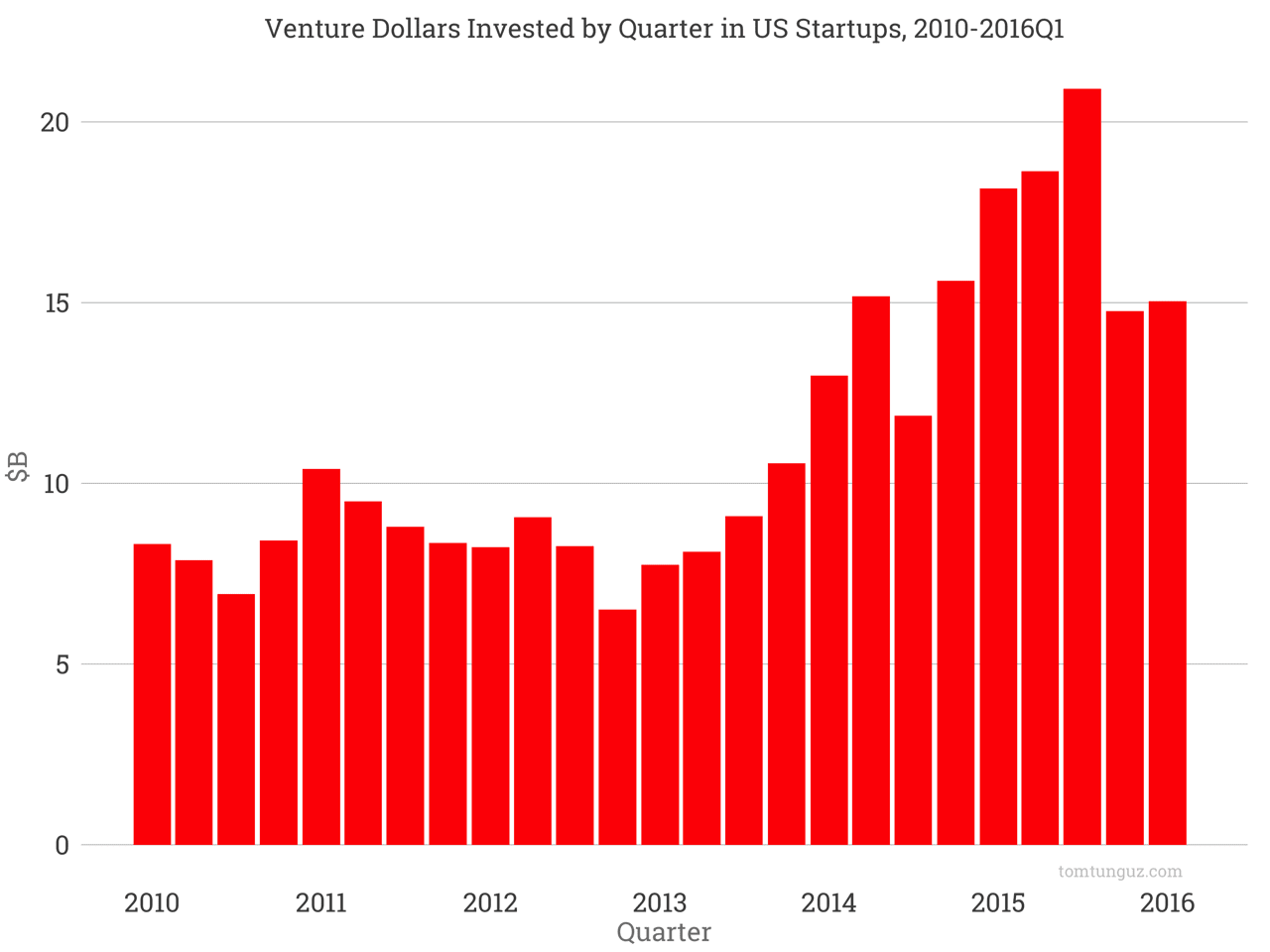 Q1 venture capital investment remains steady relative to Q4 2015 at about $15 billion, but down from the near records attained in 2015. Over the last five years, seven of the twenty-nine quarters have reached or exceeded the $15 billion mark, all of them within the last two years. So, on a historical basis, venture capitalists are still investing at rates substantially above average. 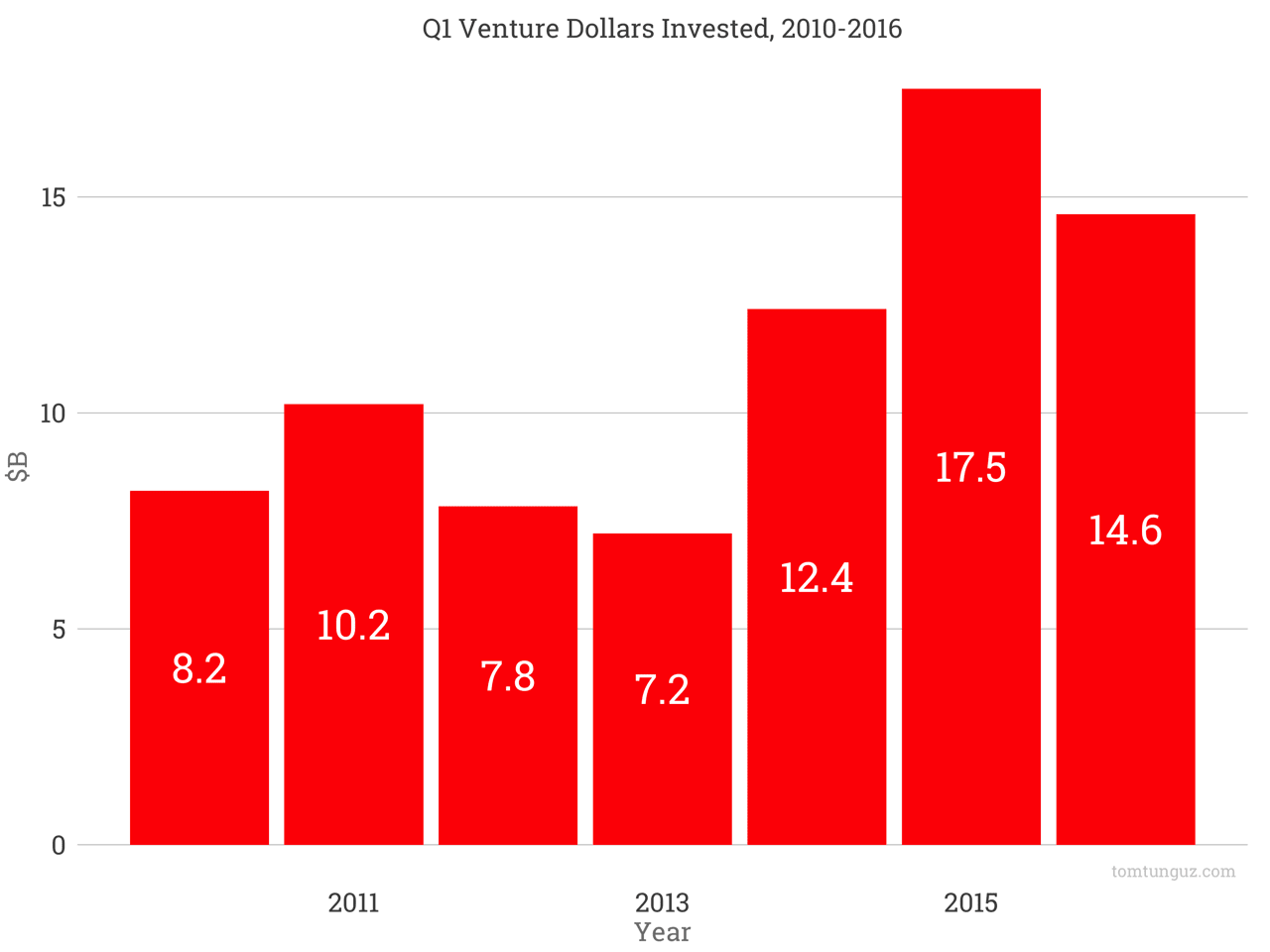 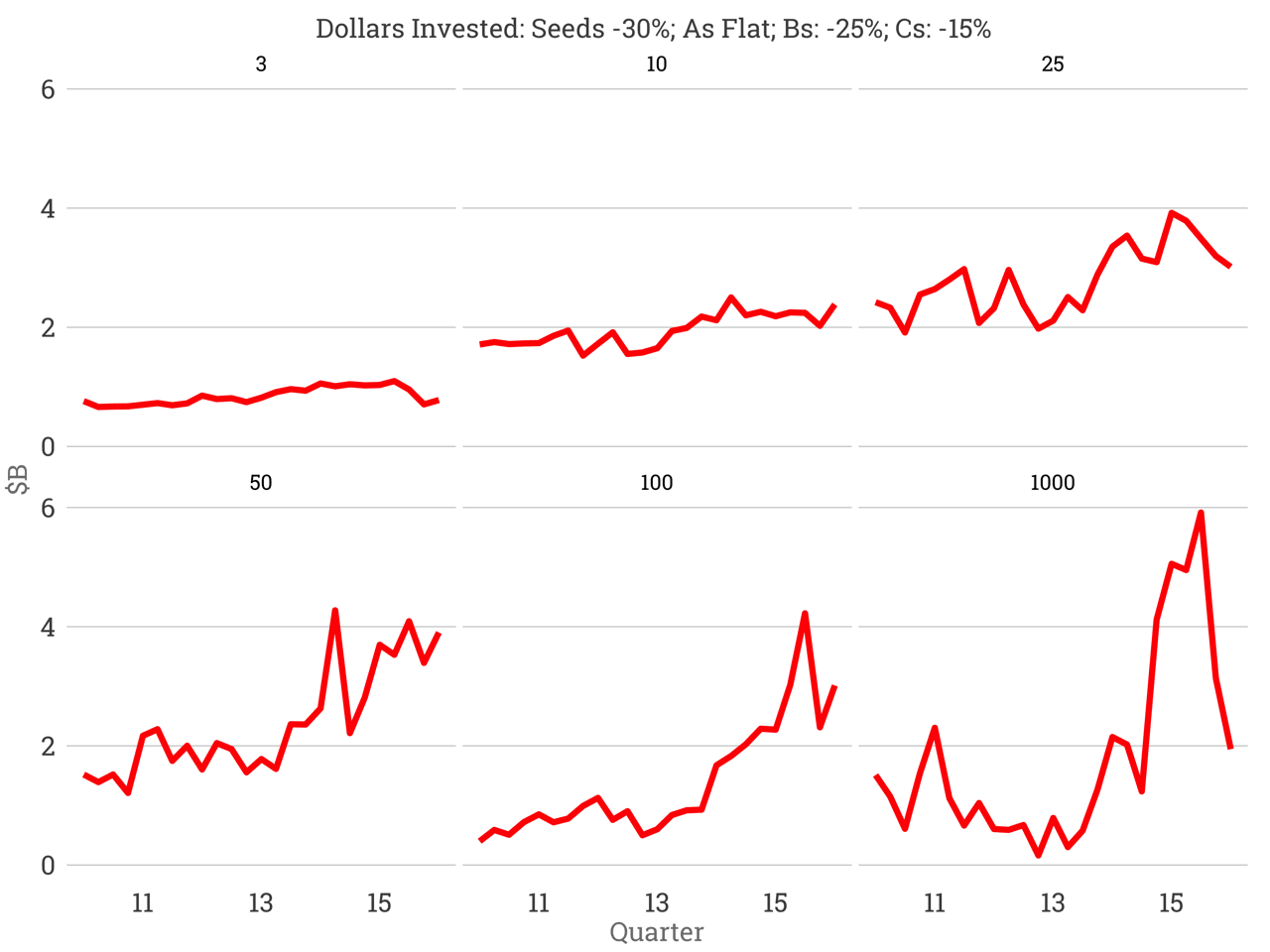 Let’s break this aggregate figure down by round size. Rather than analyzing the trends by named rounds (Seed, Series A, Series B) whose definitions of fluctuated over the last six years, this analysis cuts the data using round sizes. Seed is defined as rounds smaller than $3 million, series As are less than $10 million but larger than $3 million, series Bs are between $10 million and $25 million and so on. 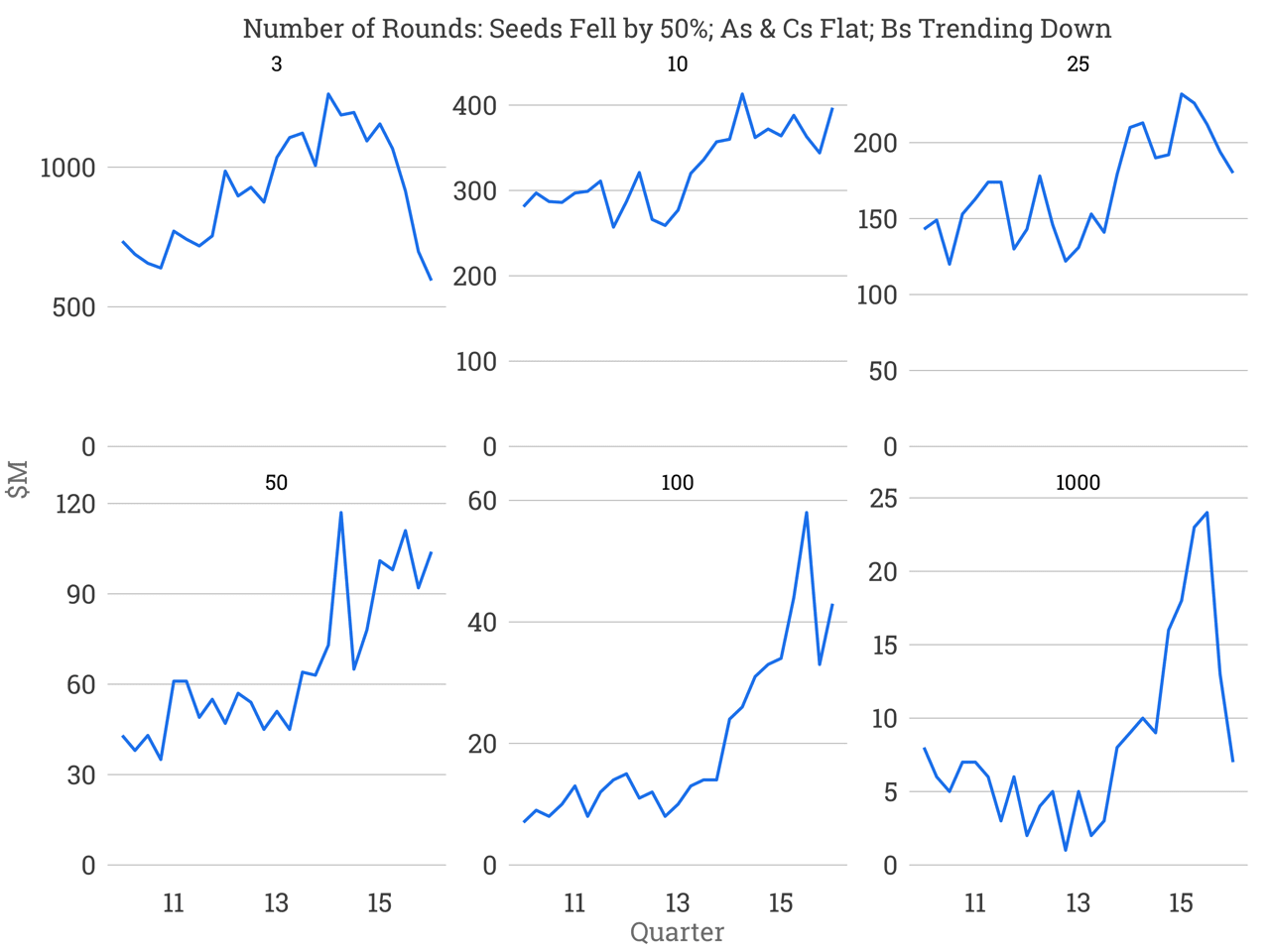 The contraction in the later stage market is not a surprise. Bloomberg has reported hedge funds and other nontraditional startup investors have been retrenching from the market, with the number of firms investing in US venture backed technology rounds shrinking by 66% to 11. With these nontraditional investors contributing close to 25% of dollars, we should expect that the total amount of venture capital investment to decline by summer between 15 to 20% this year, if the trend continues. However, that contraction effects only a small number of startups.

More notable is the decline in the seed market, in both dollar terms and round counts, because this change in the market affects substantially more startups. The first quarter in 2016 has been the hardest quarter to raise a seed round in the past five years.

This retrenchment in the seed market may be caused by several factors. First, seed valuations had been increasing to historically elevated levels ($12-20M+ caps) over the same period. With the recent public market correction in technology stocks, higher valuations present greater challenges for raising attractive follow-on rounds. In response, seed investors have changed their pricing thresholds, and founders may have decided to delay their seed round finding those terms less attractive, contributing to this decline.

Also, later stage venture capital firms seem to be investing in seed rounds with less frequency than they have been in the past two years - an interesting trend analyze for a future post.

Those startups raising series As should take heart. The series A market is steadfast, unchanged over the last two years in both number of rounds and dollars invested. Series Bs' frequency has declined and from my point of view, there has been far more price compression in those rounds then in Series As, even though median round sizes have remained relatively constant for both.

Pockets of the fund-raising environment are in flux. Seed rounds are in decline, series Bs and later rounds seem to be more affected. On the other hand, Series A investors are unperturbed.