The meaningful decline in growth rates started four quarters ago is hard to ignore. 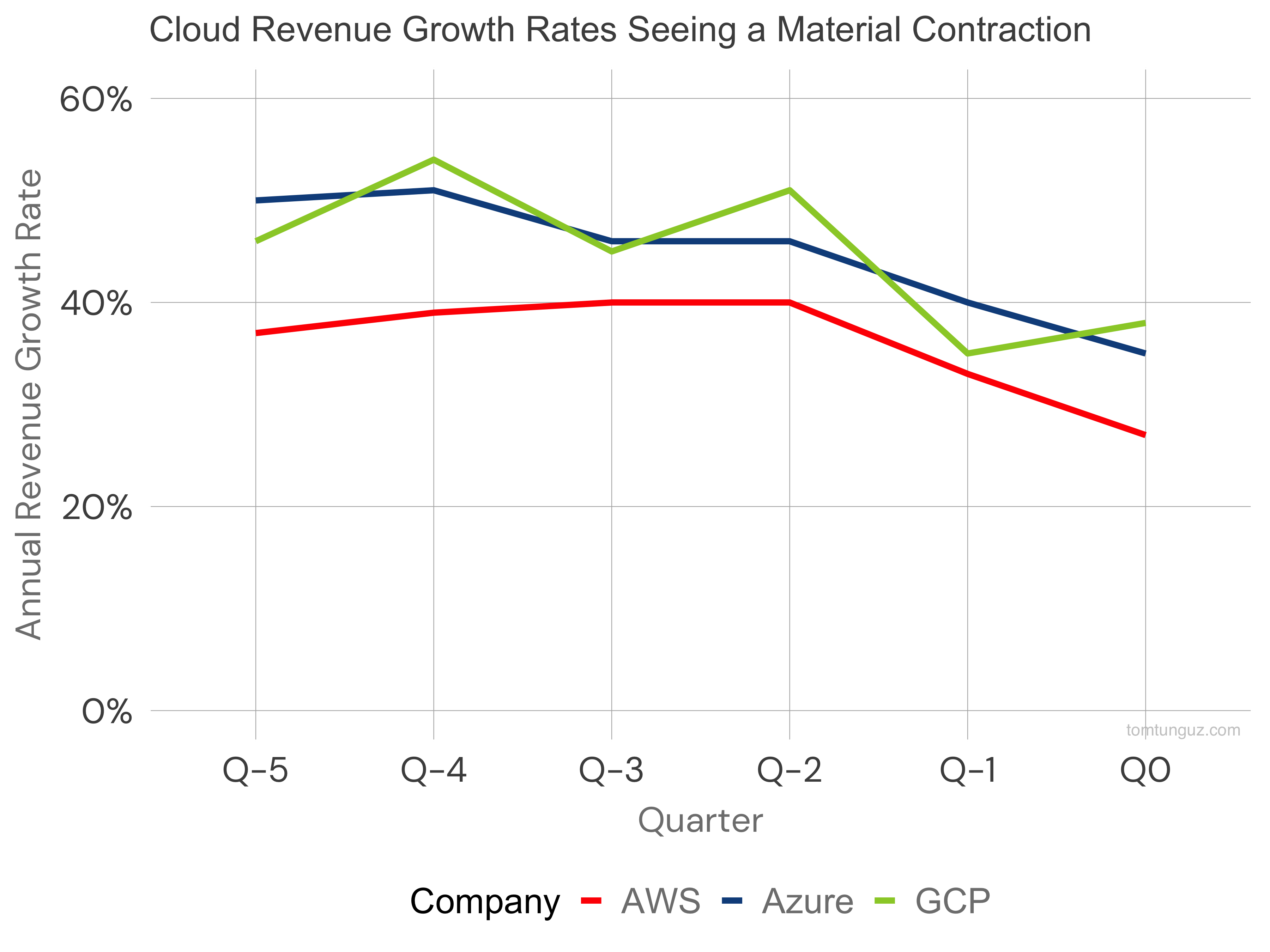 Let’s put these figures into context. Infrastructure revenue growth averaged 33% this quarter, which is astounding considering we’re talking about businesses that sum to more than $50b of revenue per quarter.

Customers spent $12b more this quarter. At a 7x multiple of revenue, that is another $84b of market cap creation, in theory.

But, the change in slope is meaningful, too. A year ago, these business units grew at 44% annually. The current recession is evident in the charts: growth rates have declined by 25% in six months’ time.

The kink downwards in the red line at Q-2 shows a sudden deceleration in AWS’ growth rate. GCP is more volatile, likely driven by the volatility of bigger deals closing on a smaller revenue base. Meanwhile, Azure has declined in a more steady cadence.

The data suggests a broader slowdown in software spending as these companies are indices of software buyers’ behavior.

Public software multiples - 4.9x as of last week, not far from the decade low of 3.3x - should depress further given these results & forward guidance. Microsoft stock is down 10%; Amazon fell about 20%; Google about 12%.

Lopping another 15% off multiples implies the median software company should trade at 4.2x forward revenues, a far cry from the 15x we observed not twelve months ago.