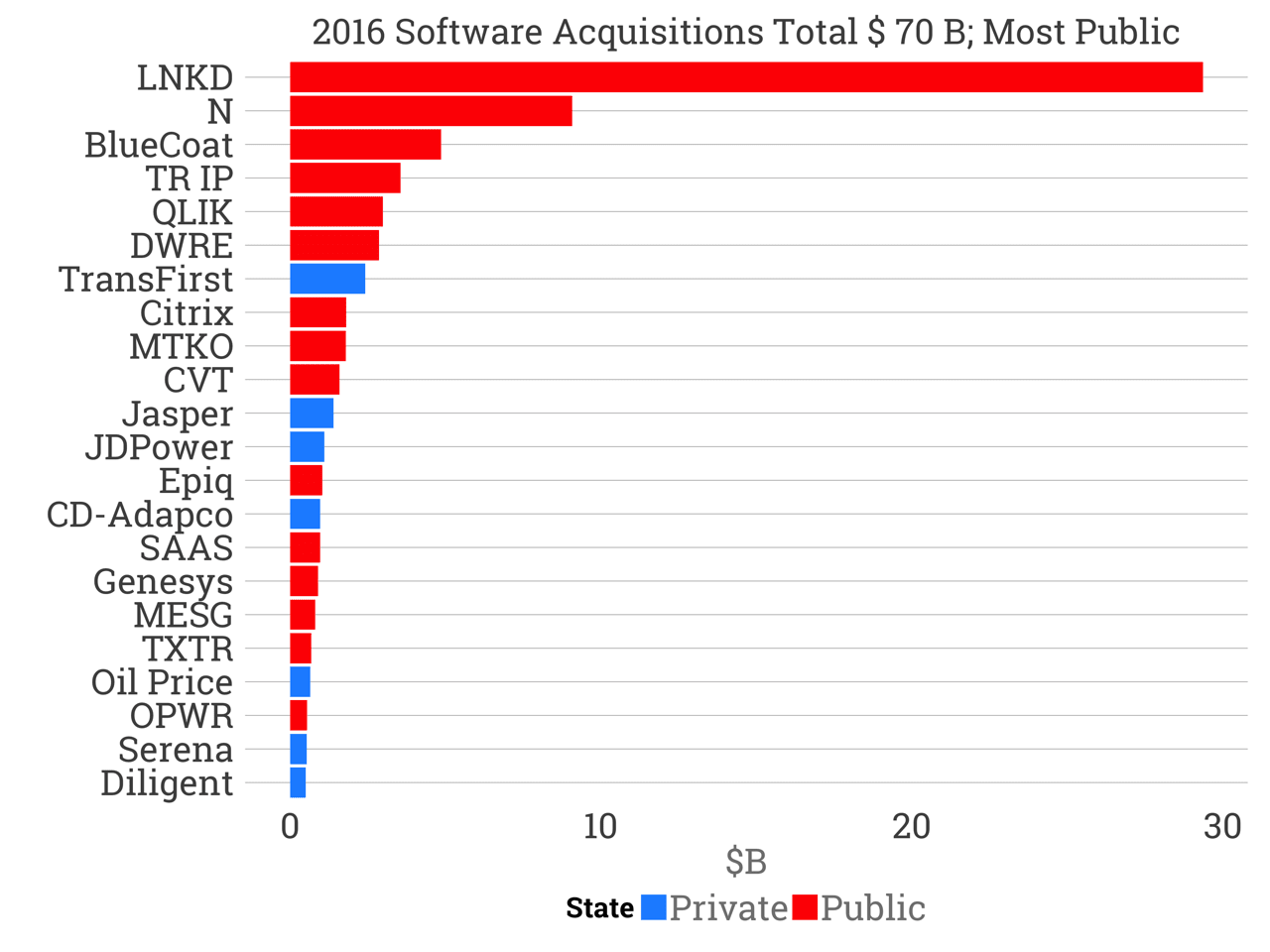 Through the end of July in 2016, $70B worth of SaaS companies sold. Their size follows a power law with LinkedIn at $26B and Netsuite at $9.3B. The more than $600B in cash on the balance sheets of large public tech companies combined with a recent pricing correction in SaaS companies presaged a flurry of acquisition activity. But it hasn’t unfolded as expected in three different ways.

First, 15 of the 22 US software acquisitions worth more than $0.5B have been public companies. Excluding LinkedIn, nearly 5x more dollars have been spent on acquiring public companies. The largest private software acquisition is Transfirst, a payment software business founded in 1995. It’s the 7th largest this year. The second largest, Jasper, is an internet of things software company founded in 2004, which Cisco acquired for $1.2B. Jasper ranks eleventh.

Second, there are no unicorns among the names. Perhaps the fastest growing software companies aren’t interested in selling, yet.

More important, public companies may be more attractive buys than their private peers. In 2015, our internal analysis showed private SaaS companies commanded twice the valuation-to-multiple revenue of the public markets. If that still holds, then an acquirer can buy a dollar of revenue at half the cost in the public markets - a much better deal. 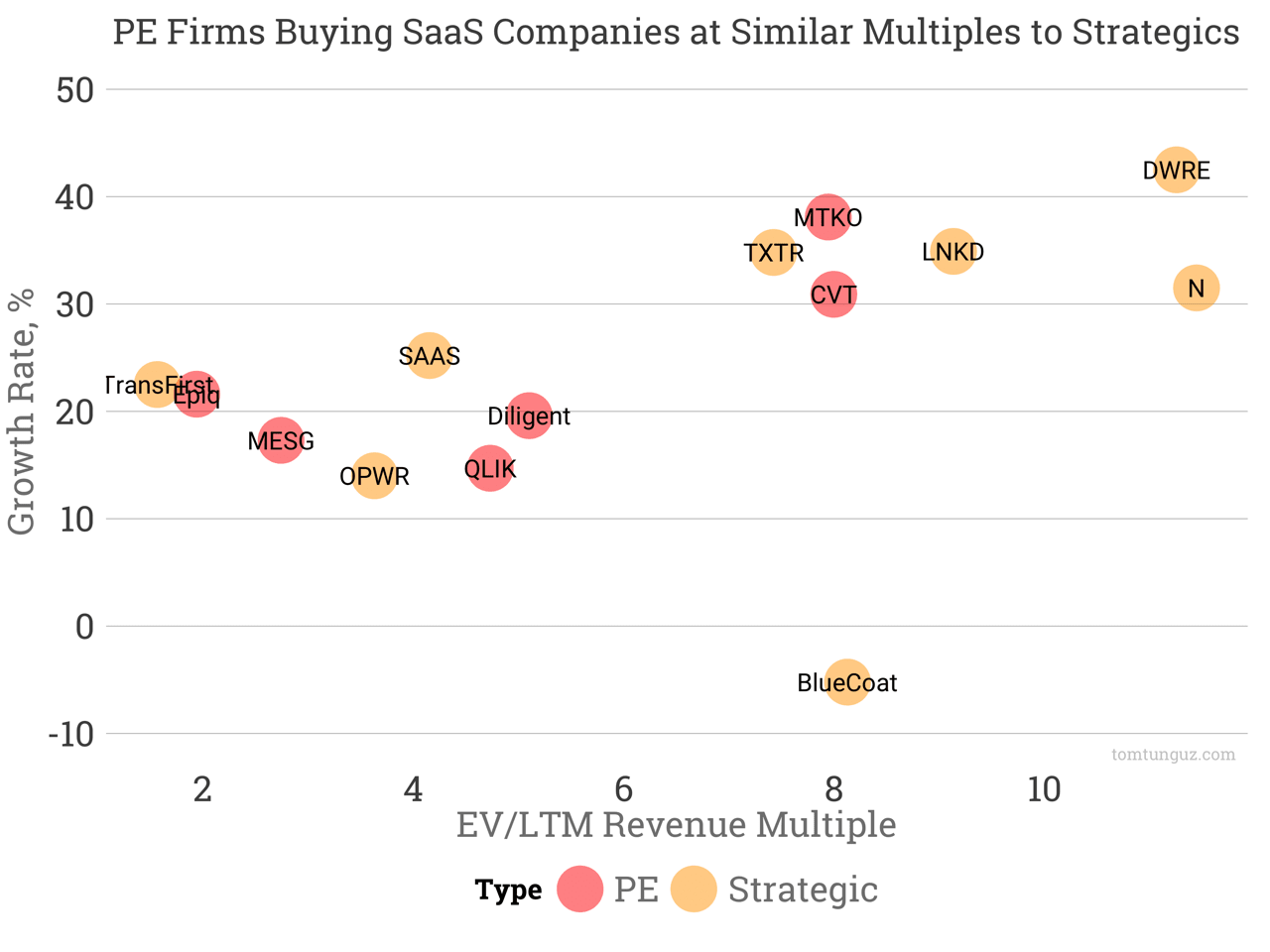 Third, private equity firms have become voracious buyers and they are paying similar prices to strategics. This new behavior is a shift in strategy for private equity firms. Traditionally, PE firms buy a software company in the late stages of the company’s life at a much lower multiple. They cut costs to drive up profitability, inject their own management teams, lever the acquisition using debt, and then sell or take the company public in a few years to generate a return.

In 2016, these PE firms aren’t following that playbook. They are buying companies at 8x revenues (Cvent and Marketo), which are well above the median publicly traded SaaS company EV/TTM Revenue multiple of 5.5x.

The 2016 software buying spree hasn’t benefitted private startups or unicorns yet, and that reflects the different strategies of the buyers.

Large incumbent technology companies including Oracle, Salesforce, Microsoft are buying large public companies with dominant market share to bolster their current businesses and expand to new markets. And though they are paying premiums relative to the public market averages, these prices are likely more economical than a private acquisition. Private equity firms are experimenting with a new, debt-free, buy-and-hold model, where the valuation matters and a potentially quick IPO is key to the exit strategy.

Perhaps after many of the $1-$10B public SaaS companies have been acquired, we’ll begin to see more consolidation in the private market. But it’s not happening yet.