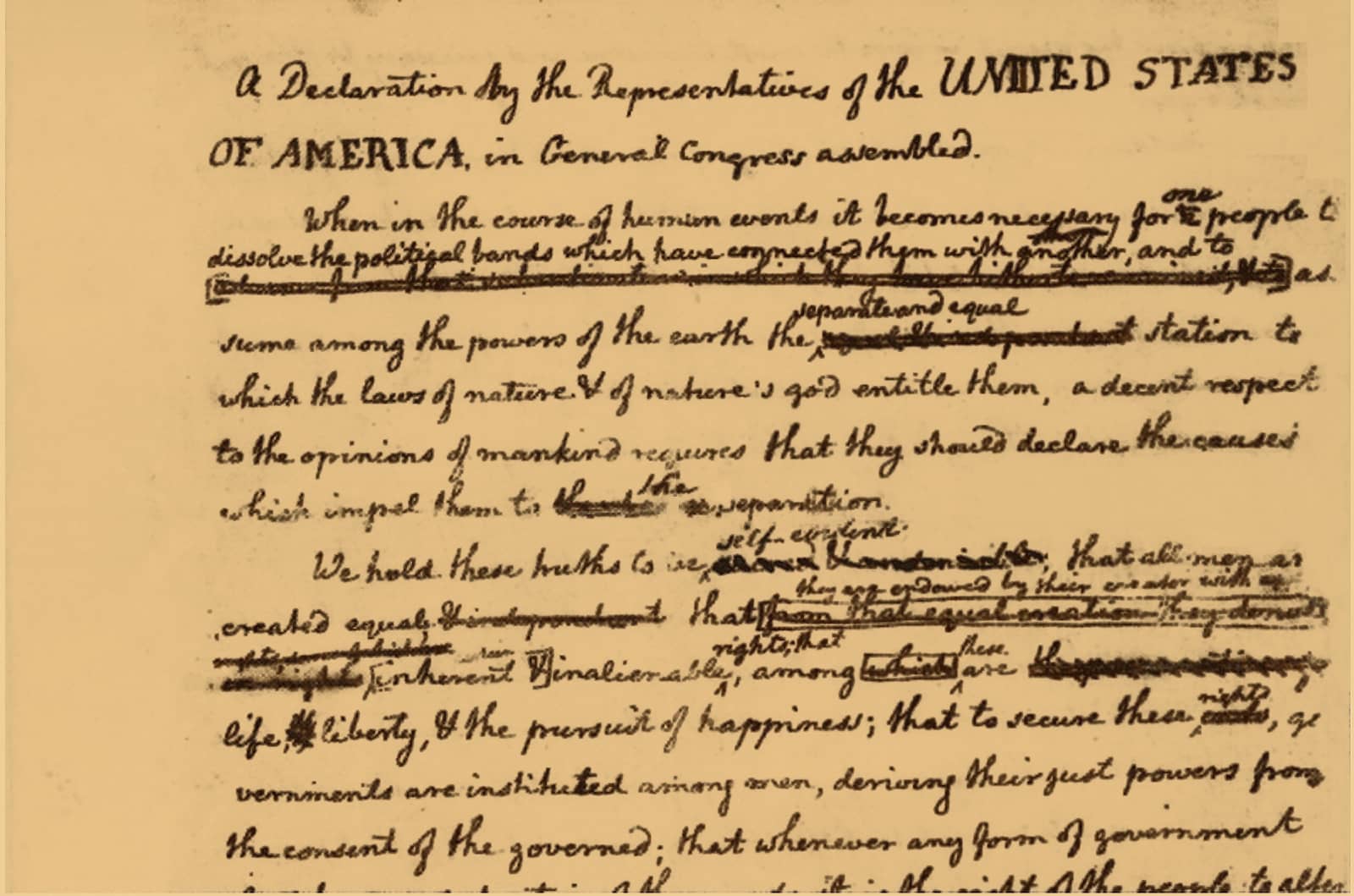 Ben Franklin's edits to the Declaration of Independence

The average English sentence has been shortened by half over the last five hundred years. Read the first sentence of the Declaration of Independence to see why. It is 71 words long and contains 8 recursive clauses. I read it ten times before I understood it. I have 48 seconds with you, my reader. No time to mince words. To reach more people with your content, shorten your sentences and ditch the jargon.

Why do we see jargon in business? The narrower the group of speakers, the more impenetrable the language. Linguists have observed this in Native American tongues.

the Mohawk word sahonwanhotónkwahse conveys as much meaning as the English sentence “She opened the door for him again.” In English, you need two clauses (one embedded inside the other) to say “He says she’s leaving,” but in Yup’ik, a language spoken in Alaska, you can use a single word, “Ayagnia.” (Ayagniuq, in contrast, means “He says he himself is leaving”; Ayagtuq means, more simply, “He’s leaving.”)

The Rise and Fall of the English Sentence by Judy Sedivy

This isn't just the case in exotic languages; these patterns appear in English. Sedivy points to terms in scientific journals like state hate crime victim numbers. Five nouns in a row to describe an idea.

In SaaS, and on this blog, we use acronyms. ACV, MTR, CAC, MRR. And insider terms like months to repay, sales efficiency, and cash flow margin. Each time I write in SaaS slang, I receive an email from one or a few readers asking for a definition. A reminder that my content isn't as effective as it could be.

Speakers within a small, tight-knit community have an immense store of shared knowledge. This allows shortcuts in communicating with each other, so that many aspects of communication…writing stretches the distance between participants even wider, allowing writers to communicate with unseen readers across expanses of time and space…

There is value to addressing a small group of experts with focused language. Use argot deliberately. To maximize reach, shorten those sentences and write simply and clearly. You'll invite new people into your world to learn your language. And you'll earn the trust to be their guide, which is the goal of all great content marketing.