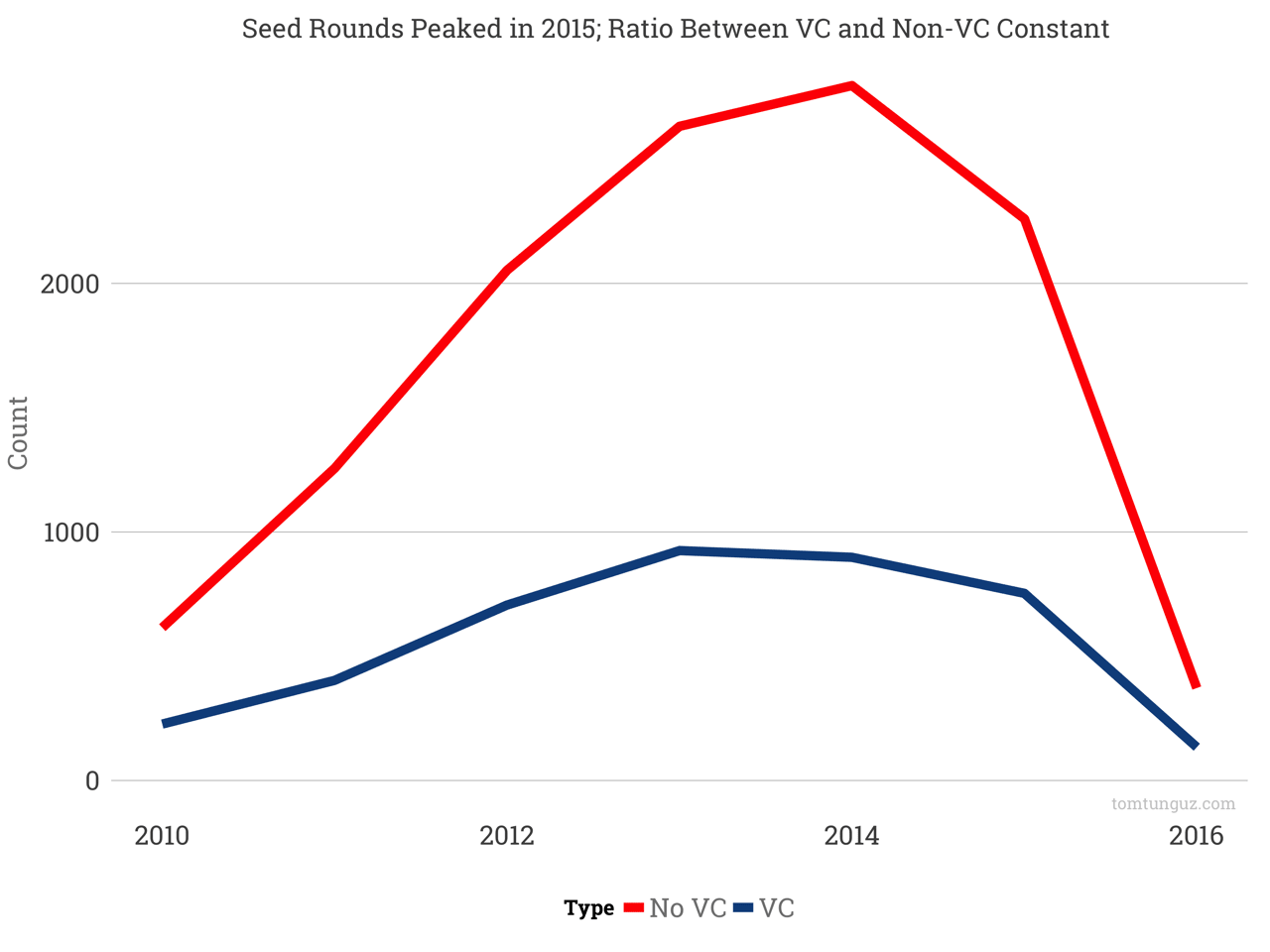 Starting in late 2015 through the first quarter of 2016, founders have shifted their seed fundraising strategies toward a single investor. Seeds led by a single investor have increased by 50% in these trailing six months. How much of this trend is due to greater participation of venture capitalists investing in the seed market? 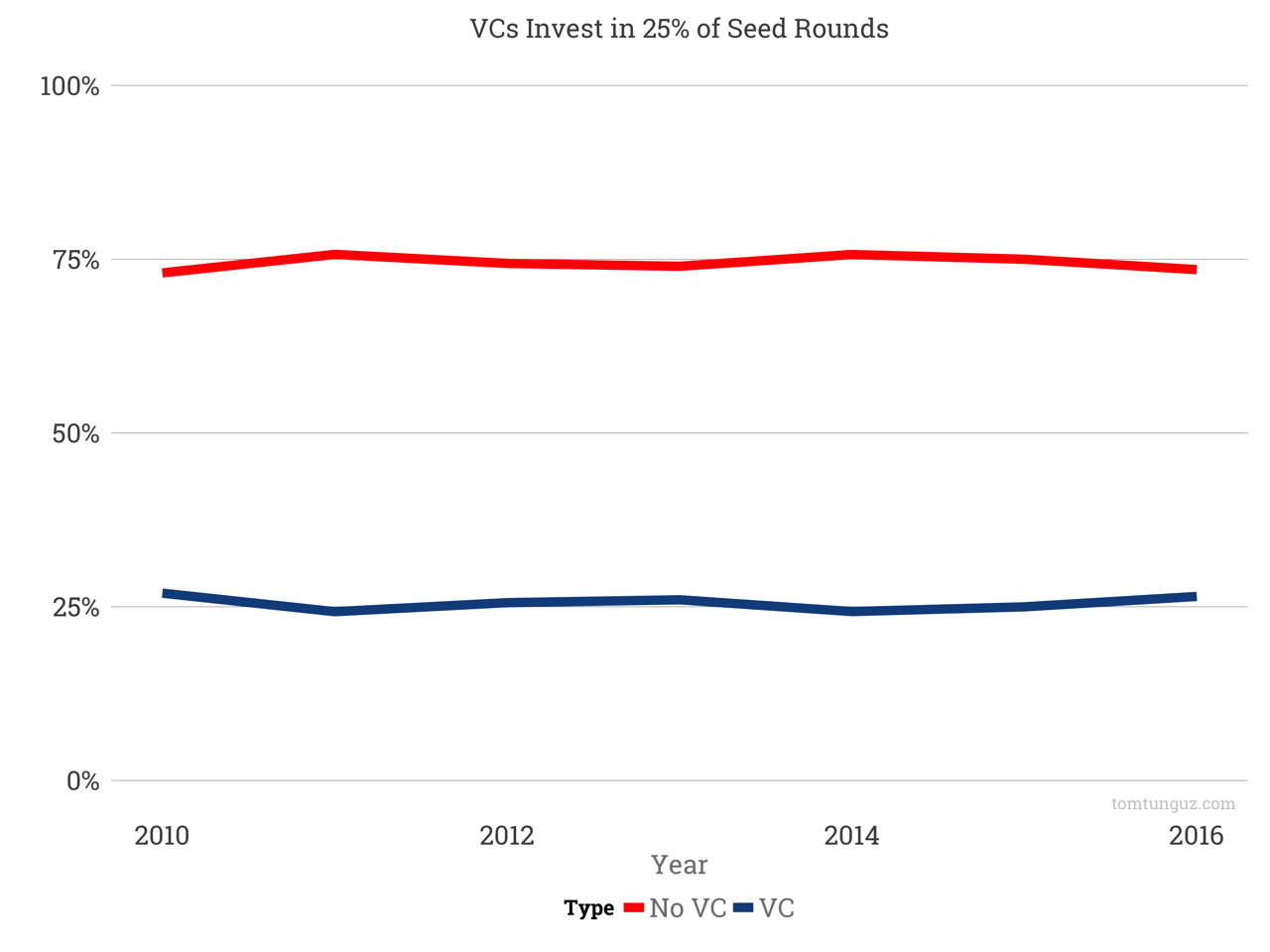 If we examine the data as a percentage of rounds, we see that the share of rounds with VC participation has remained astoundingly identical over this period at 25%. So the data indicates venture capitalists are equally active in the seed market today as a share of total rounds as they have been in the past. 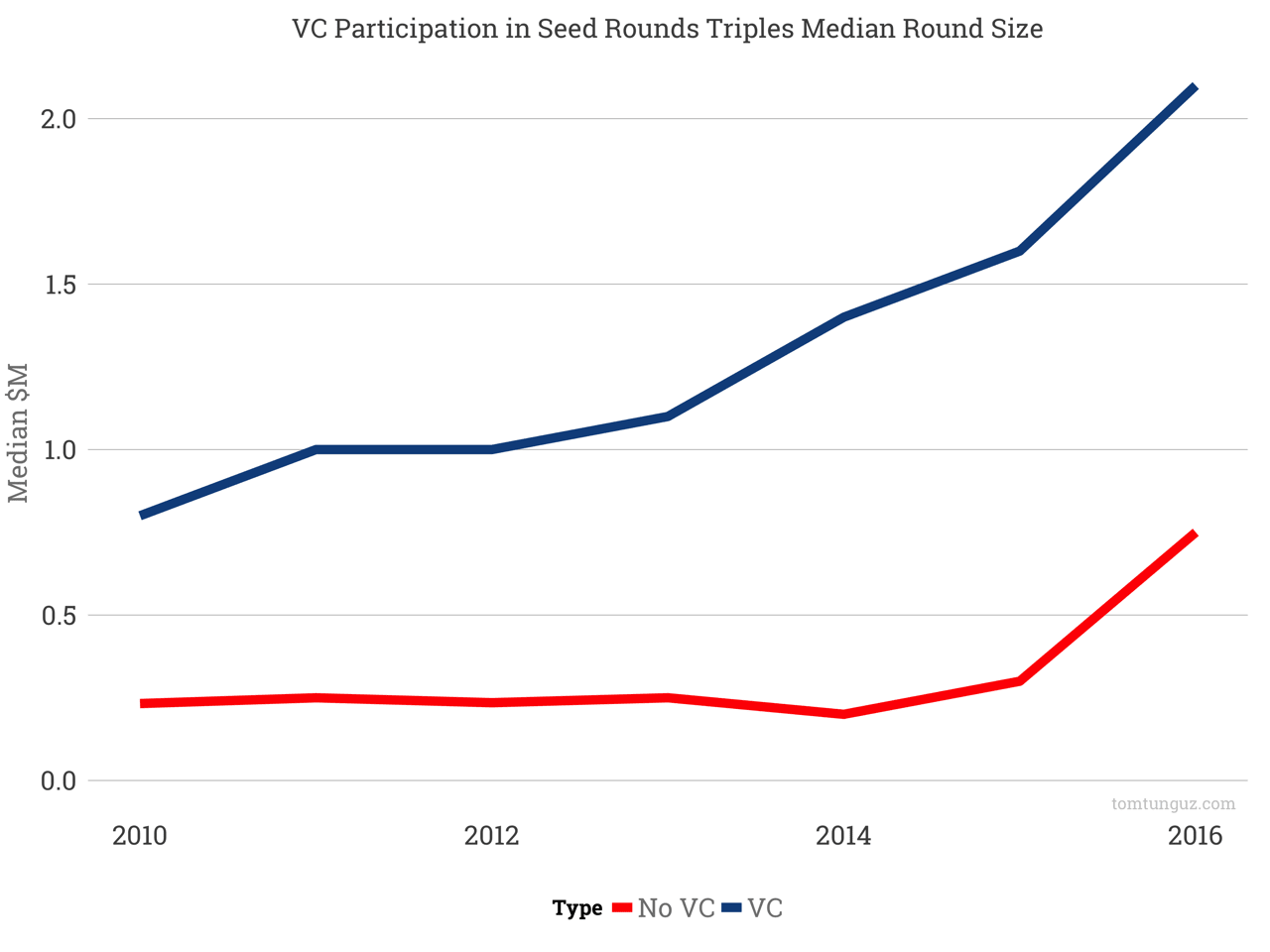 However, seed rounds with and without VC participation differ in the round size. The median seed round with VCs has increased from a median of $800k in 2010 to $2.1M in 2016 Q1. Non-VC seed rounds have swelled with a similar growth rate, but remain about 1/3 the size at $750k.

The withdrawal from the seed market in number of rounds seems to be broad-based, in that both traditional seed investors and venture capitalists, are investing less frequently. But when they do invest, they concentrate their dollars.

Seeds with VCs are growing in size at an amazing rate, and if the trend continues should exceed the $3M mark later this year. At this point, the median seed round could then be called a Series A again. Another flip of Jacob’s fundraising ladder.

Party Rounds in Seeds - Just Getting Started or Has the Clock Struck Midnight?