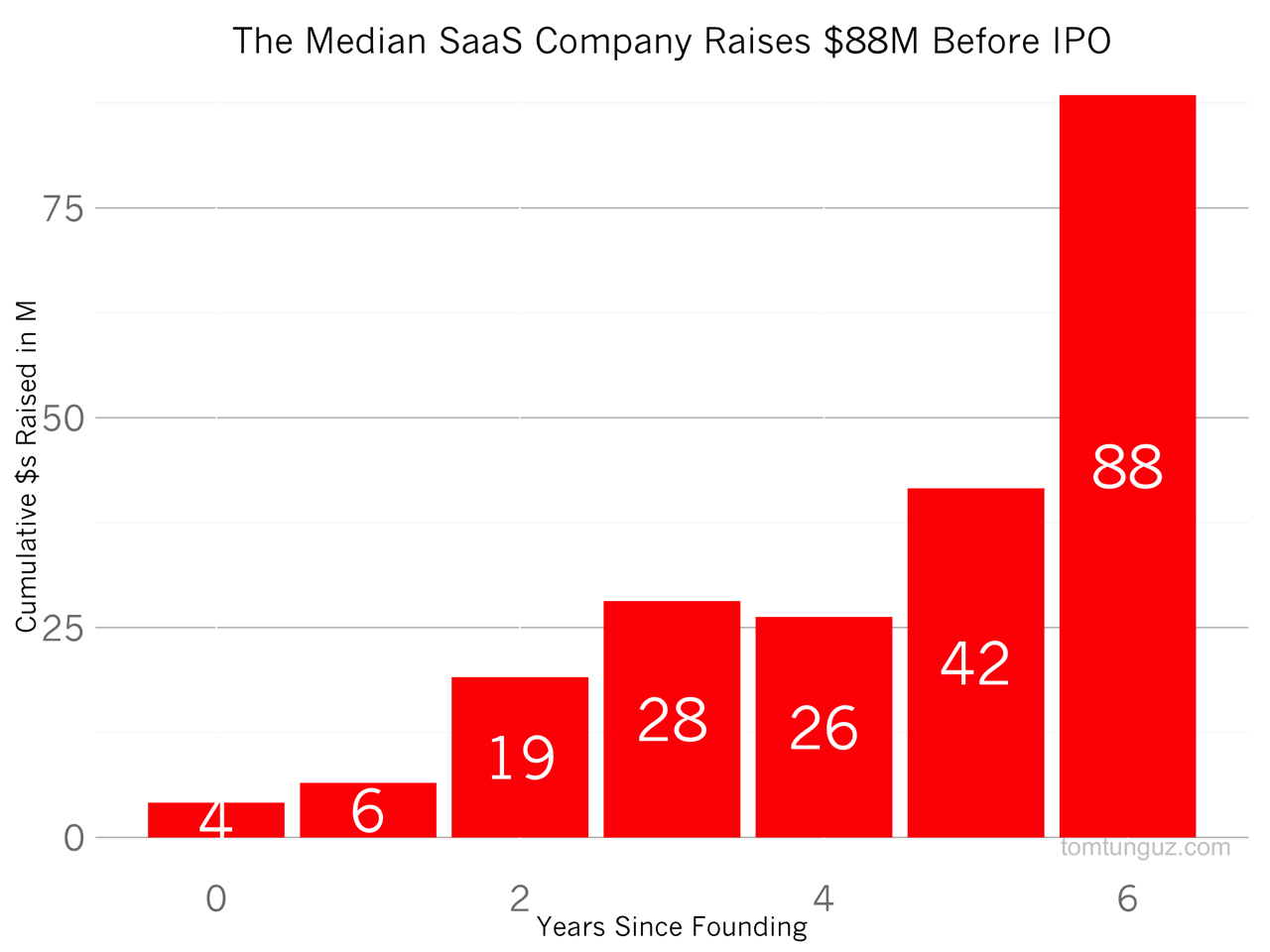 Figuring out how much capital your startup may need to raise will inform lots of different strategic decisions. A startup’s growth rate is often highly correlated with the amount of capital it can invest in sales and marketing. More customers means more bookings, which means more capital and so on.

The chart above shows the cumulative dollars raised across a basket of more than 50 enterprise software companies. The median company raises $88M before IPO in year six. These companies typically raised $4-6M in their first and second year of existence. Then raised a Series B of about $15-20M, then a Series C of about $20M and finally a growth round of about $40M. 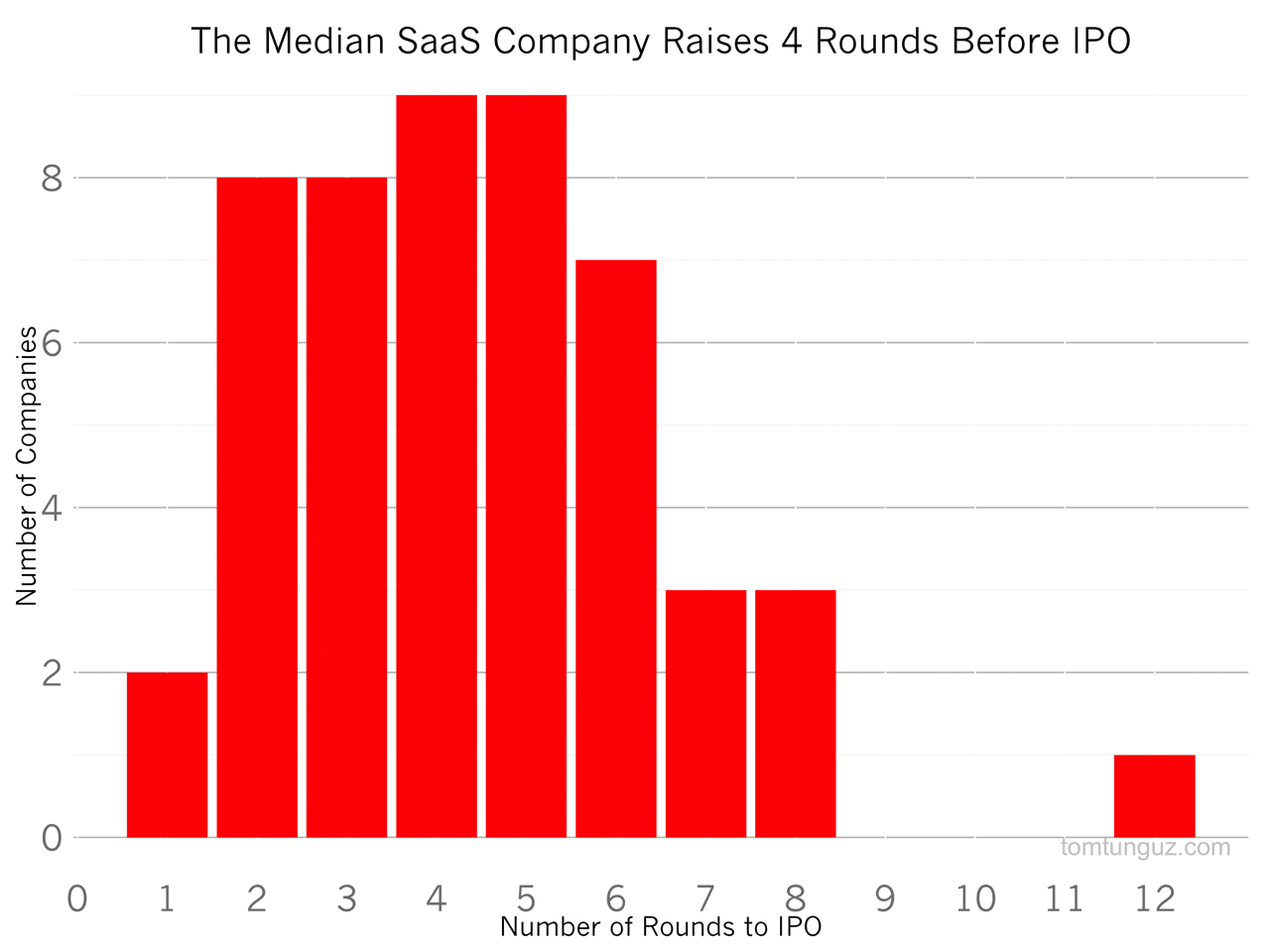 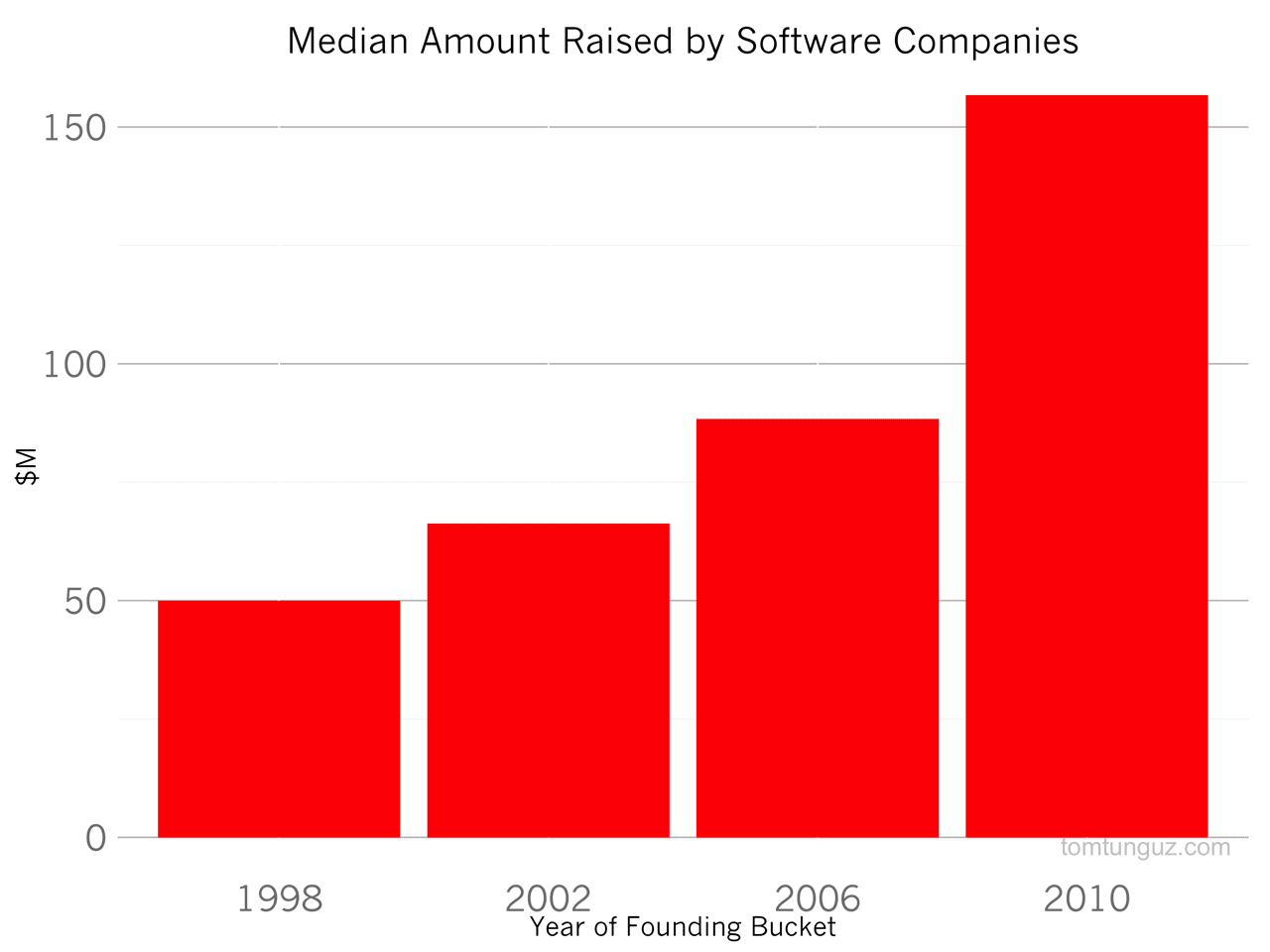 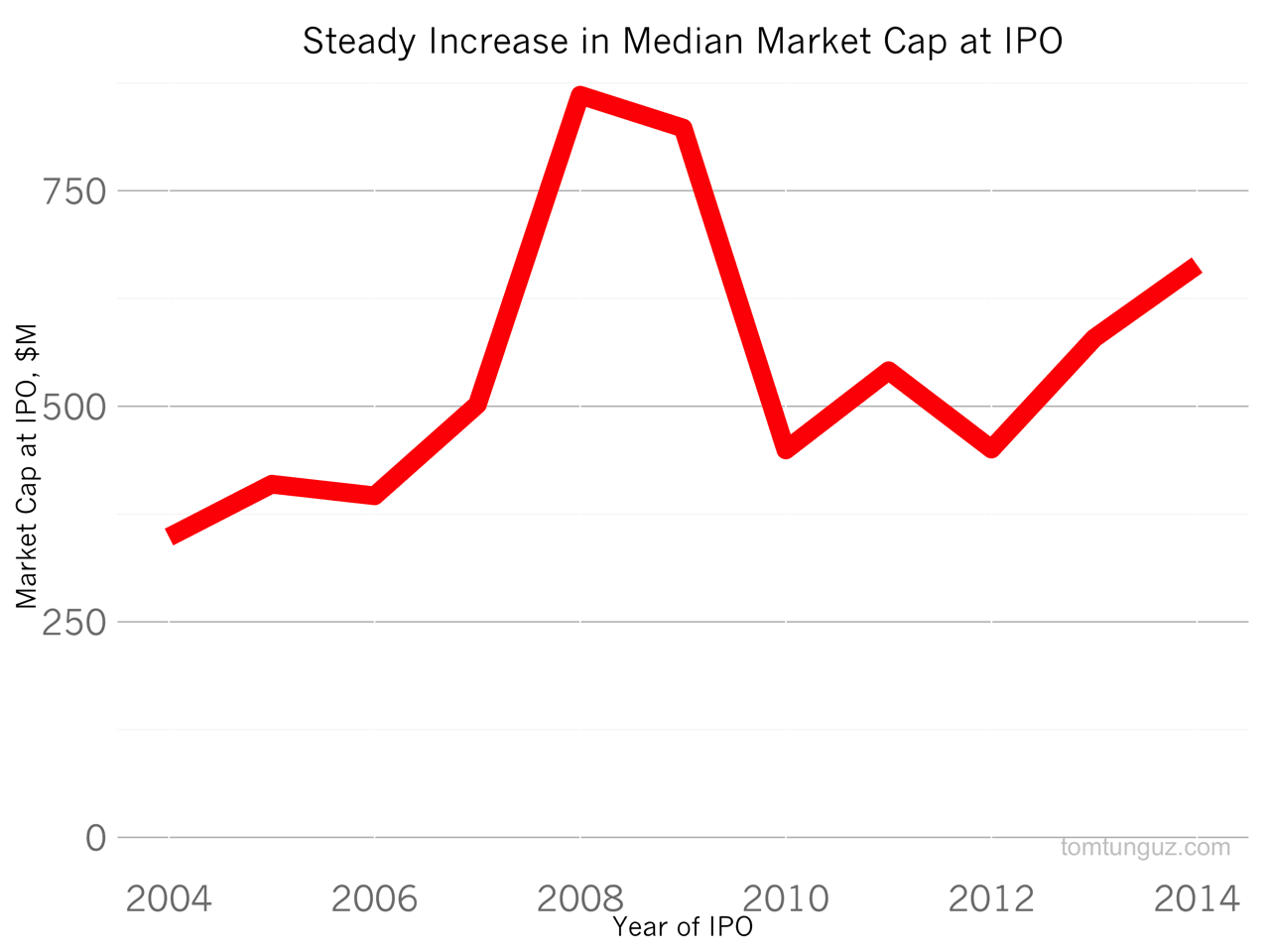 This increase in venture dollars is enabling companies to sustain larger market caps at IPO. Software companies are growing at faster rates than they have in the past, on average needing half the amount of time to reach $50M in revenue because of the availability of large amounts of capital. 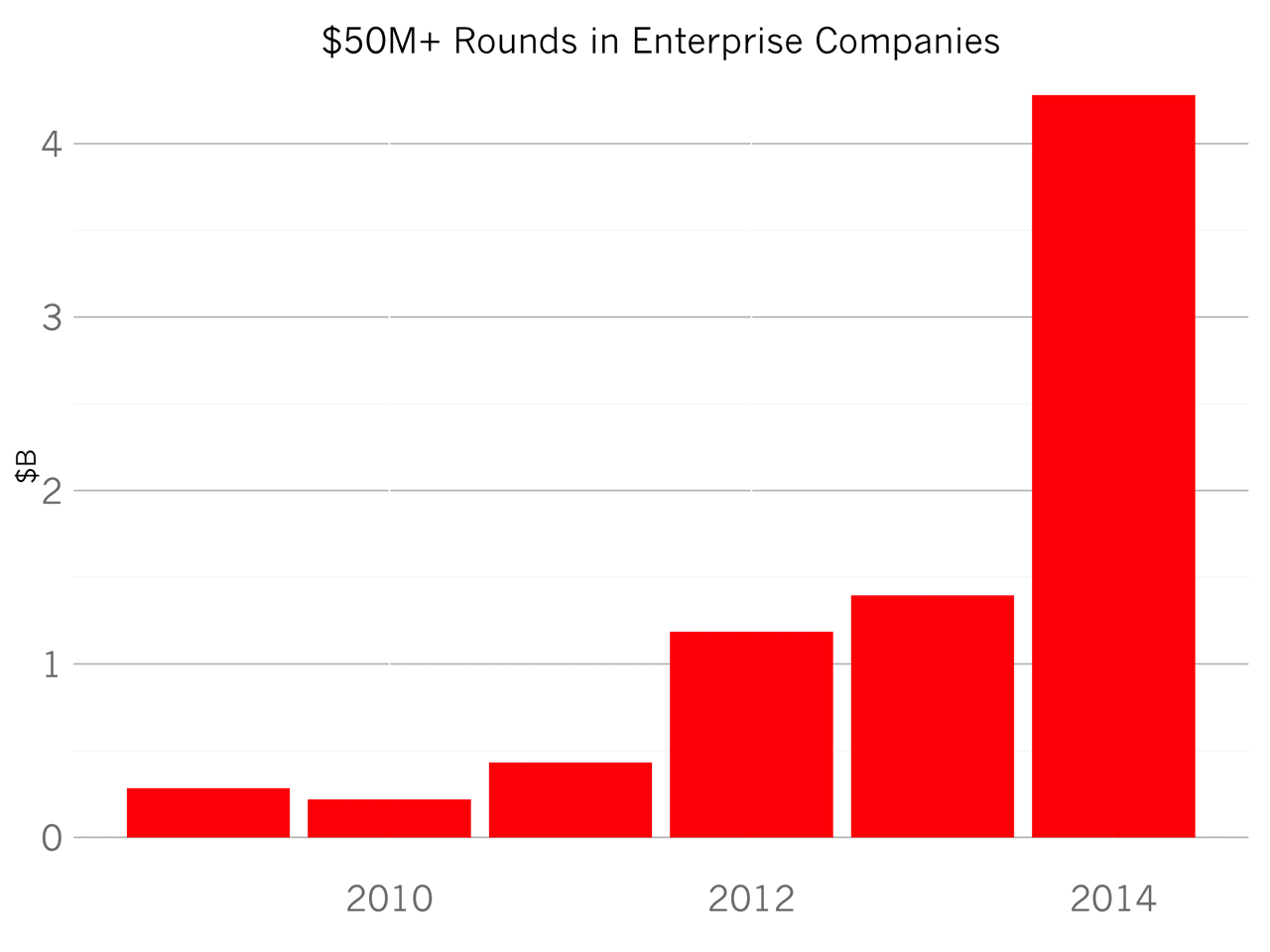 The capital invested in enterprise startups in megarounds, rounds of greater than $50M, has exploded in the last 5 years from under $250M to greater than $4B in 2014. In 2009, there were 4 megarounds. In 2014, there were 38. Meanwhile, the average size of a megaround has increased from $71M to 113M over the same time period. Megaround frequency and size have both grown substantially over the past five years.

It’s precisely this capital that is inflating the total dollars raised figures of newer companies and fueling them to grow faster.

Software companies' fundraising patterns have changed dramatically over the last sixteen years. Though the number of rounds before IPO hasn’t changed materially, round sizes and total dollars invested have ballooned. This cash enables startups to grow faster in the same period of time as their predecessors and increasing their market caps at IPO.