Why We're Only Just at the Beginning of SaaS 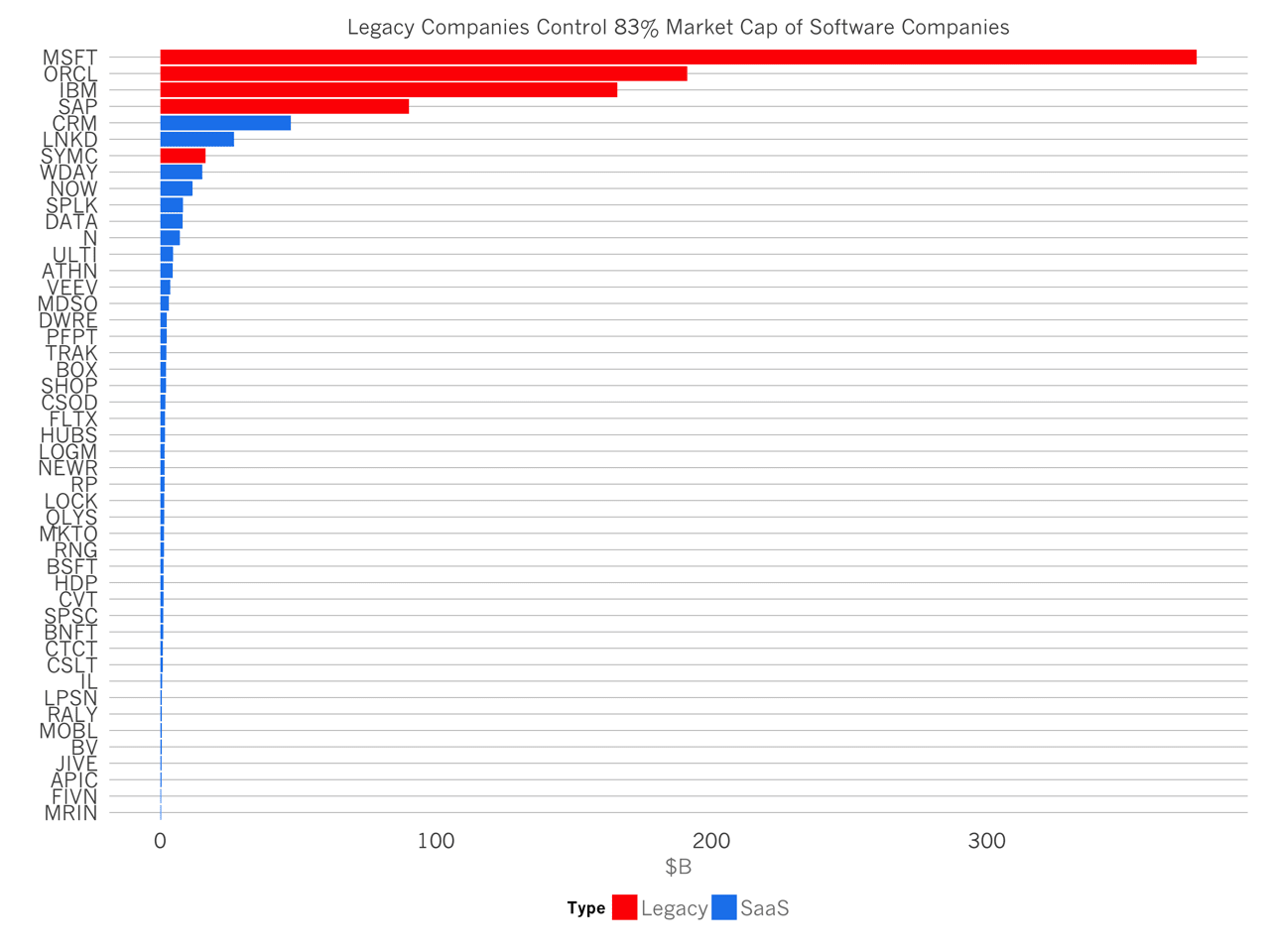 We may have been talking about SaaS companies for more than a decade, but we’re still just at the beginning. The legacy software companies including Oracle, Microsoft, SAP and and IBM control 83% of the market cap of software businesses, representing $830B in market cap. The largest SaaS company, Salesforce, is just about half the size of SAP, and Microsoft is 8x bigger. 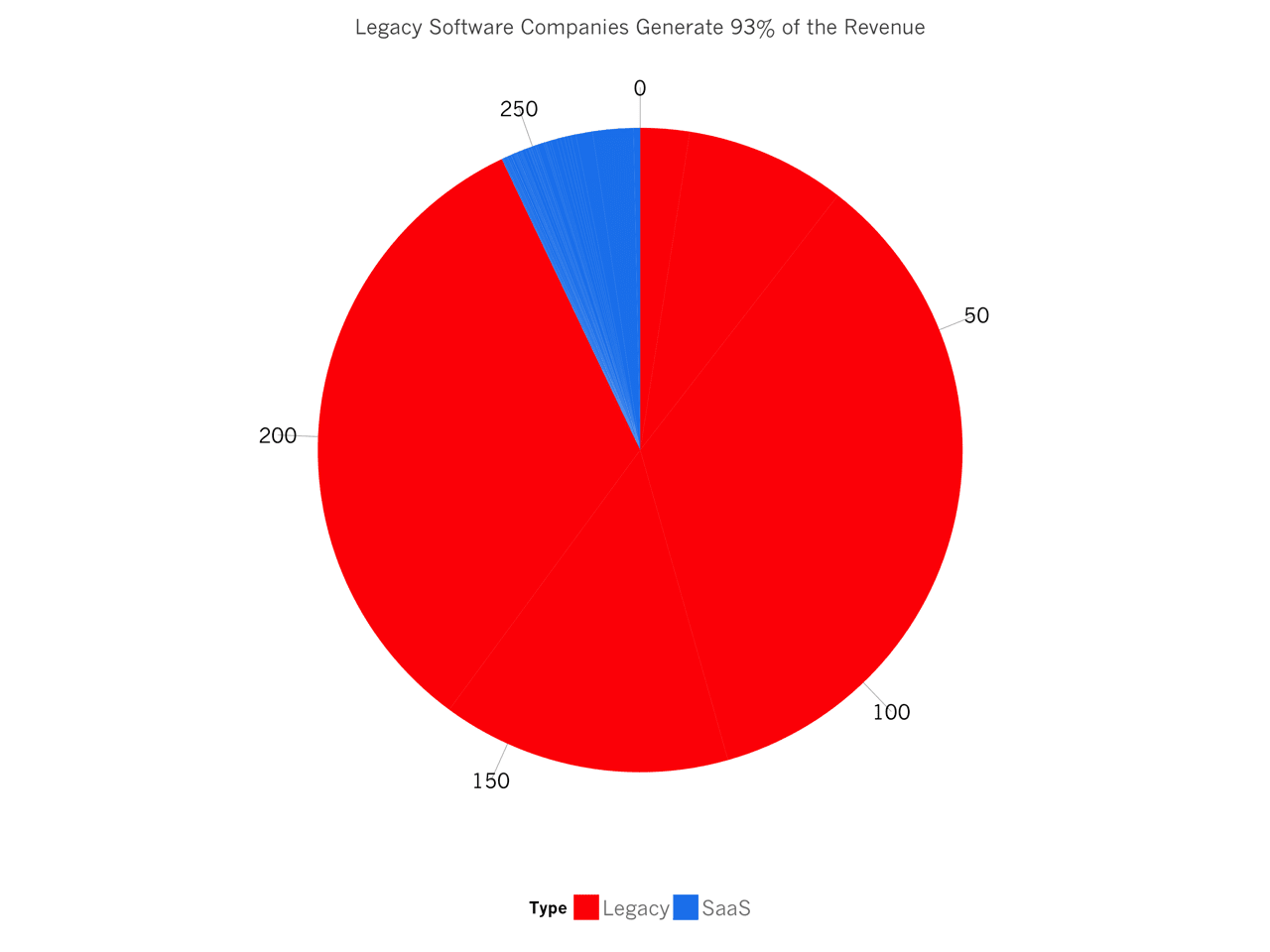 In revenue terms, the legacy vendors control an astounding 93% of revenue: $245B compared to $19B.

While cloud software may not be able to wrest all the revenue from legacy players - there are after all some institutions where security remains paramount and cloud solutions just won’t fit the bill - SaaS startups have enormous opportunities before them. In addition, some of the revenue of SAP and Microsoft and Oracle is SaaS revenue, particularly as these business begin to acquire. SAP’s acquisition of Concur added $700M+ in annual SaaS revenue to their income statement. But by PWC’s estimates, SaaS represents less than 10% of the legacy players’ revenue.

And keep in mind, these figures just account for replacement revenue and leave out all the new markets SaaS companies will create. The opportunities for SaaS companies is simply enormous.