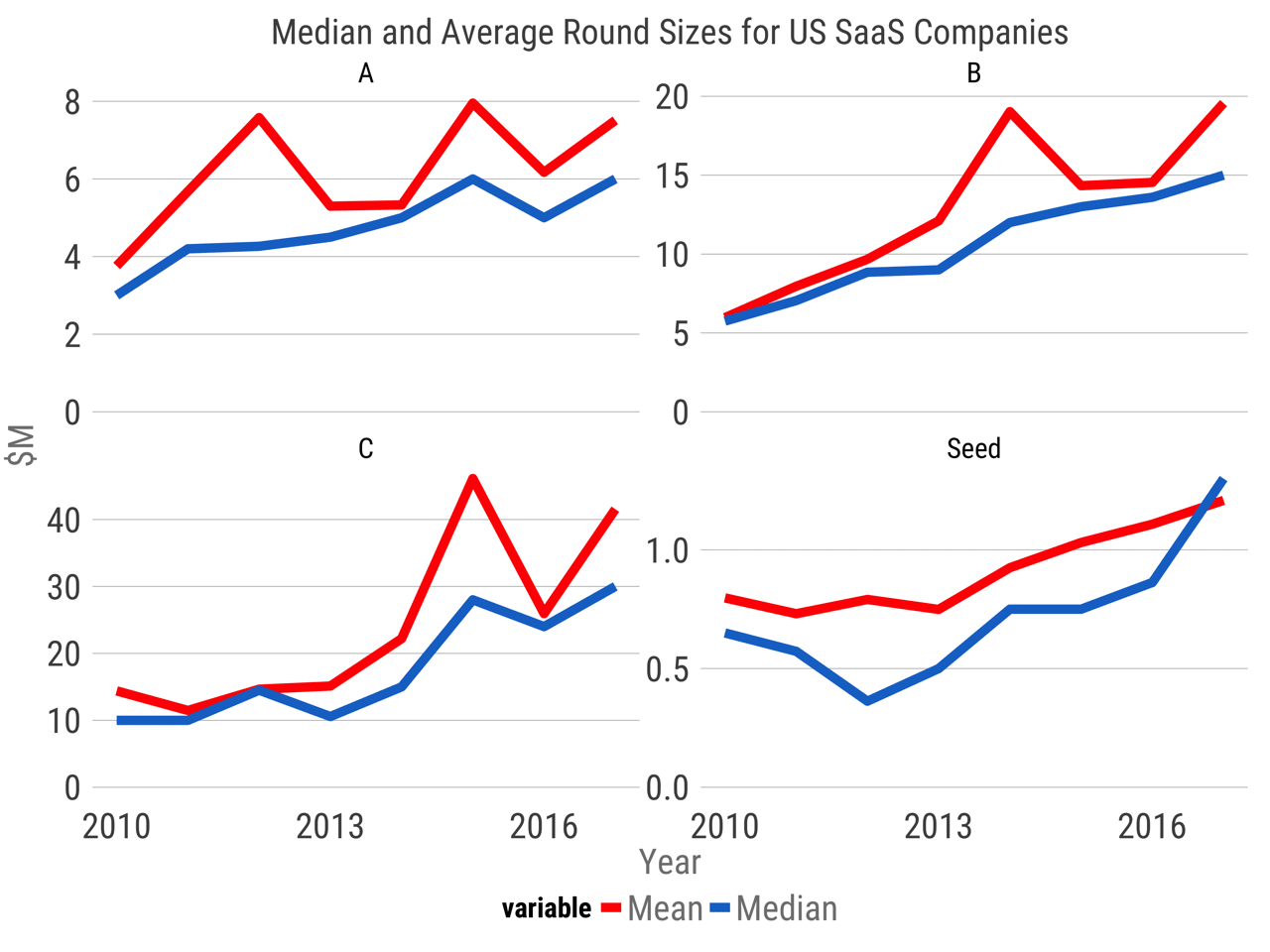 When I analyzed the SaaS fundraising market in 2016, three trends emerged. The number of SaaS companies raising rounds had stalled, while the total number of dollars plateaued. Meanwhile, round sizes swelled. In other words, there was a concentration of capital in an increasingly small number of names. A year later, those trends have continued to converge, and SaaS valuations have resurged, reaching their highs of the 2014-2015 boom.

The chart above shows a time series analysis of series A, series B, series C, and seed rounds over the last seven years. Mean round sizes are drawn in red, and medians in blue. Across all rounds, both lines are up into the right, despite some volatility in 2016. 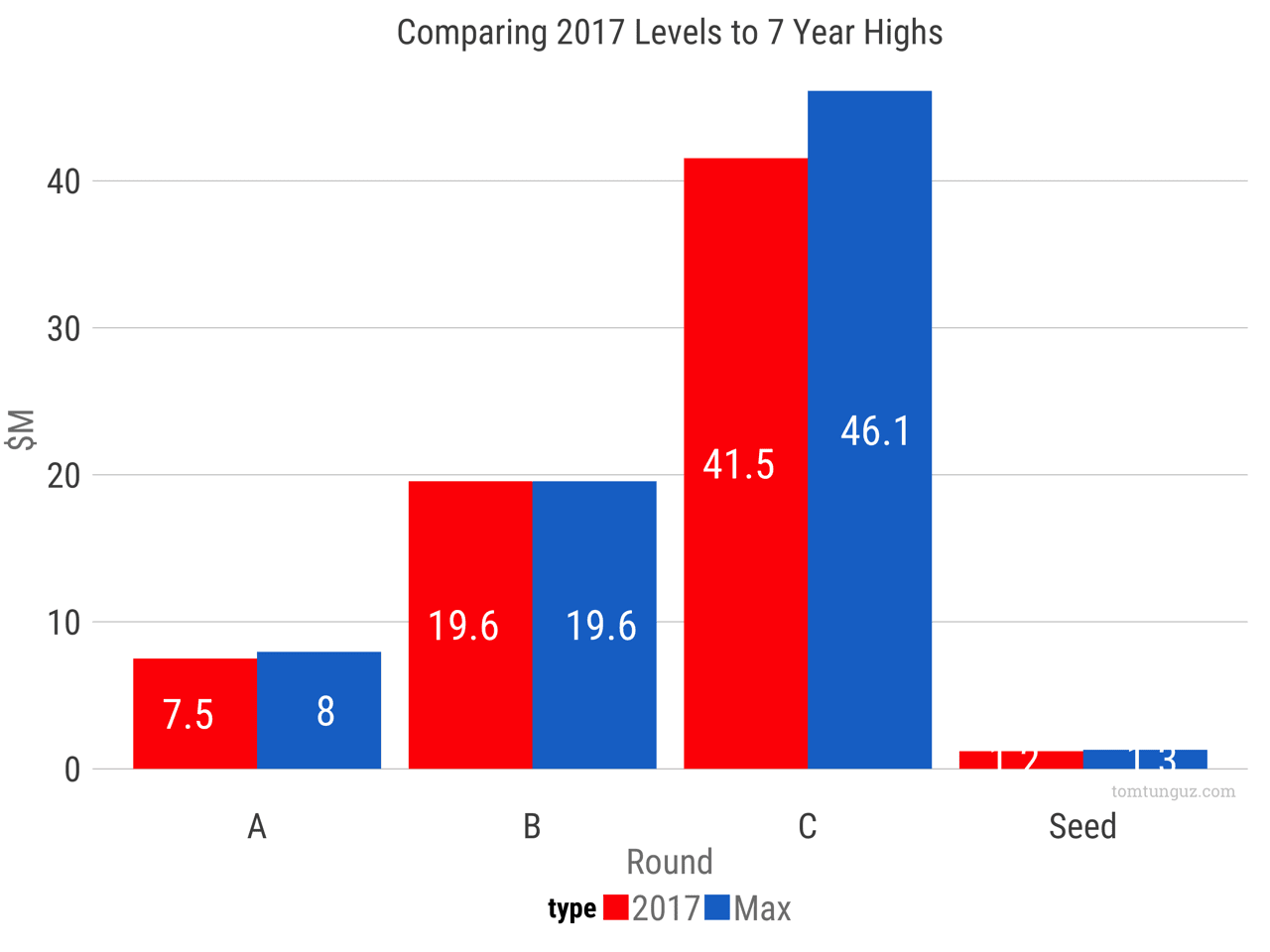 Comparing 2017 averages to seven year highs, we observe Series A, Series B, and Series Seed round sizes are effectively at their all-time highs, ignoring some minor differences. Assuming investors purchase the same ownership stake for their investments in each of these rounds, this data implies the market is paying premium valuations again for SaaS companies.

The only exception is in the Series C. But if the trendline in the previous chart is any indication, this round will also achieve seven-year highs in the near future. 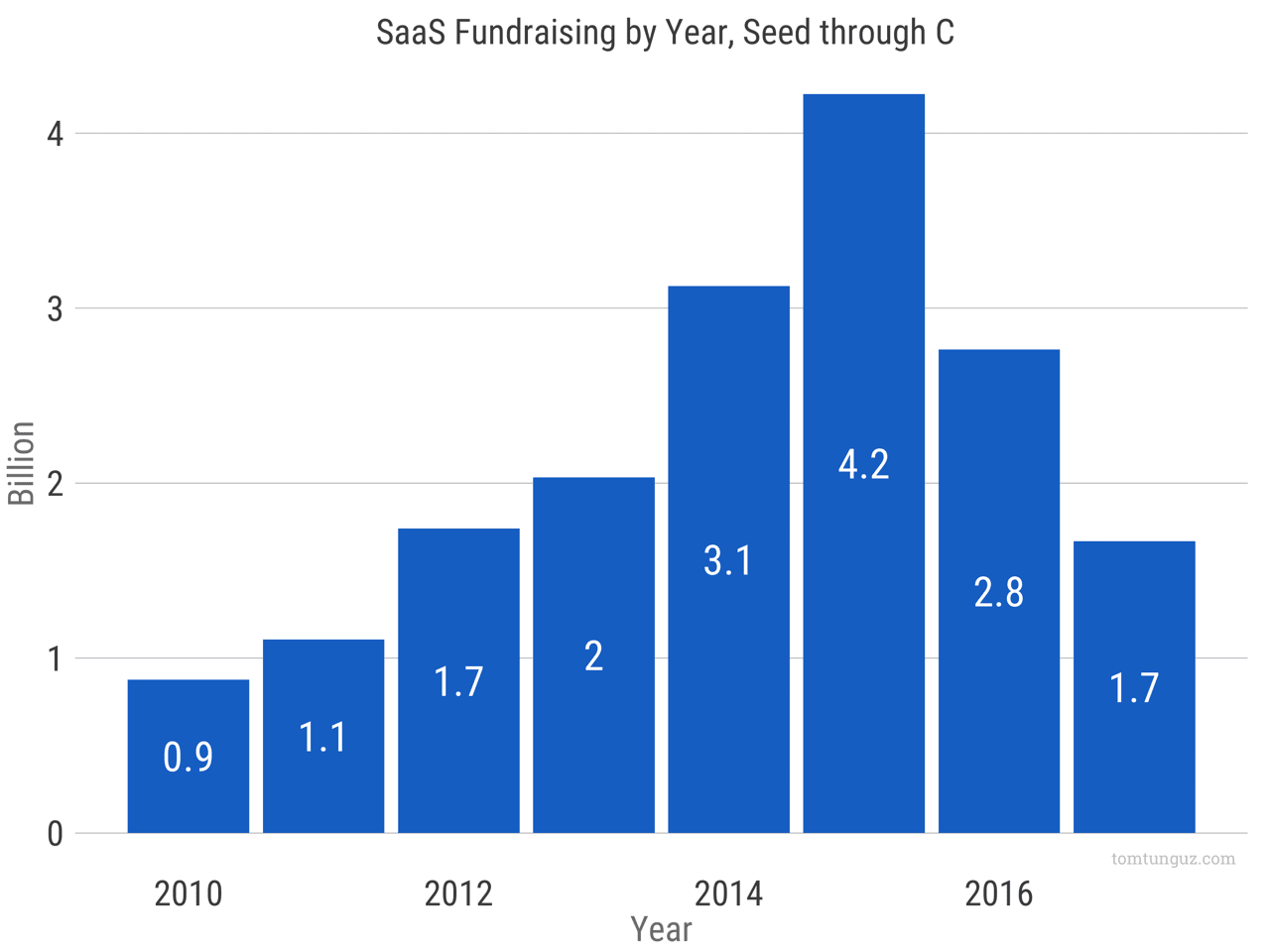 In contrast to these seemingly monotonic increases in round sizes, the total amount of SaaS fundraising peaked in 2015 at $4.2 billion. In 2016, venture capitalists reduced their investment in staff companies by 1/3, falling to $2.8 billion from $4.2 billion. If the first six months of 2017 are any indication, then 2017 should be roughly similar to 2016 and 2014 in terms of total dollars raised by SaaS startups in seed rounds through Series C. 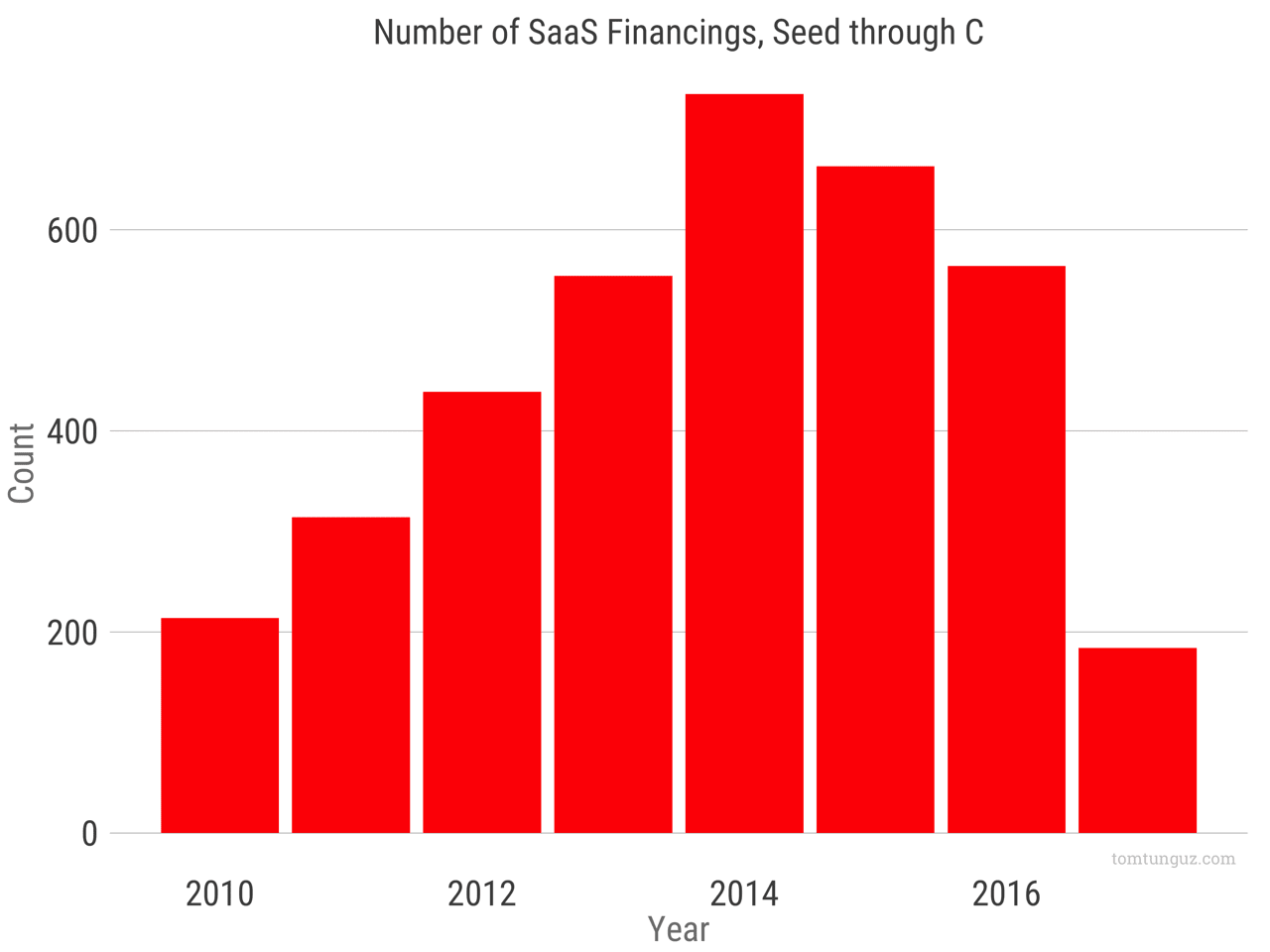 However, the number of SaaS companies raising capital continues to decline. About halfway through the year, fewer than 200 staff companies have raised rounds. Should the current trend continue, 2017 would see the fewest number of rounds since 2012, and a 45% reduction from 2014 high.

Ultimately, the concentration of large amounts of venture capital in this never small number of startups is pushing prices and their multiples higher. With median round sizes at their all-time highs, and a reduction in the number of software companies raising, this trend seems unlikely to change in the near future.

In 2017, SaaS companies seeking venture capital will find plenty of it if they can convince investors of their story.