Where are We in the SaaS Valuation Cycle? 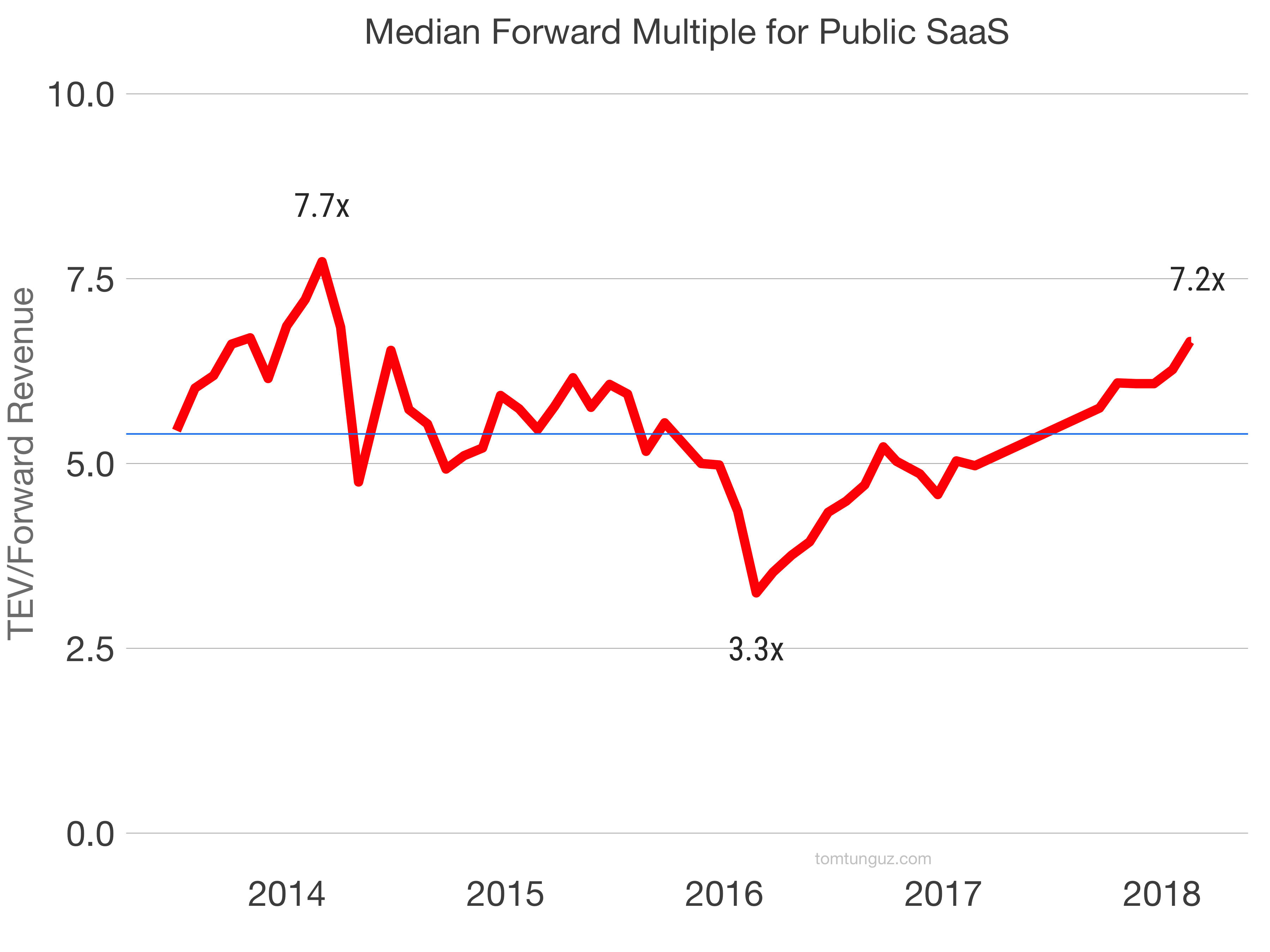 Recently, people have been asking just where are we in the SaaS valuation cycle. I last updated the chart above more than six months ago. The answer is close to ten year highs.

Since 2013, we seen an incredible amount of volatility in SaaS forward multiples. The peak occurred in February 2014 at 7.7x. The nadir followed almost exactly 2 years later. A 57% drop in multiples occurred when public investors rotated from growth stocks into value stocks. Since that moment, SaaS multiples have more than doubled from to 7.2x. 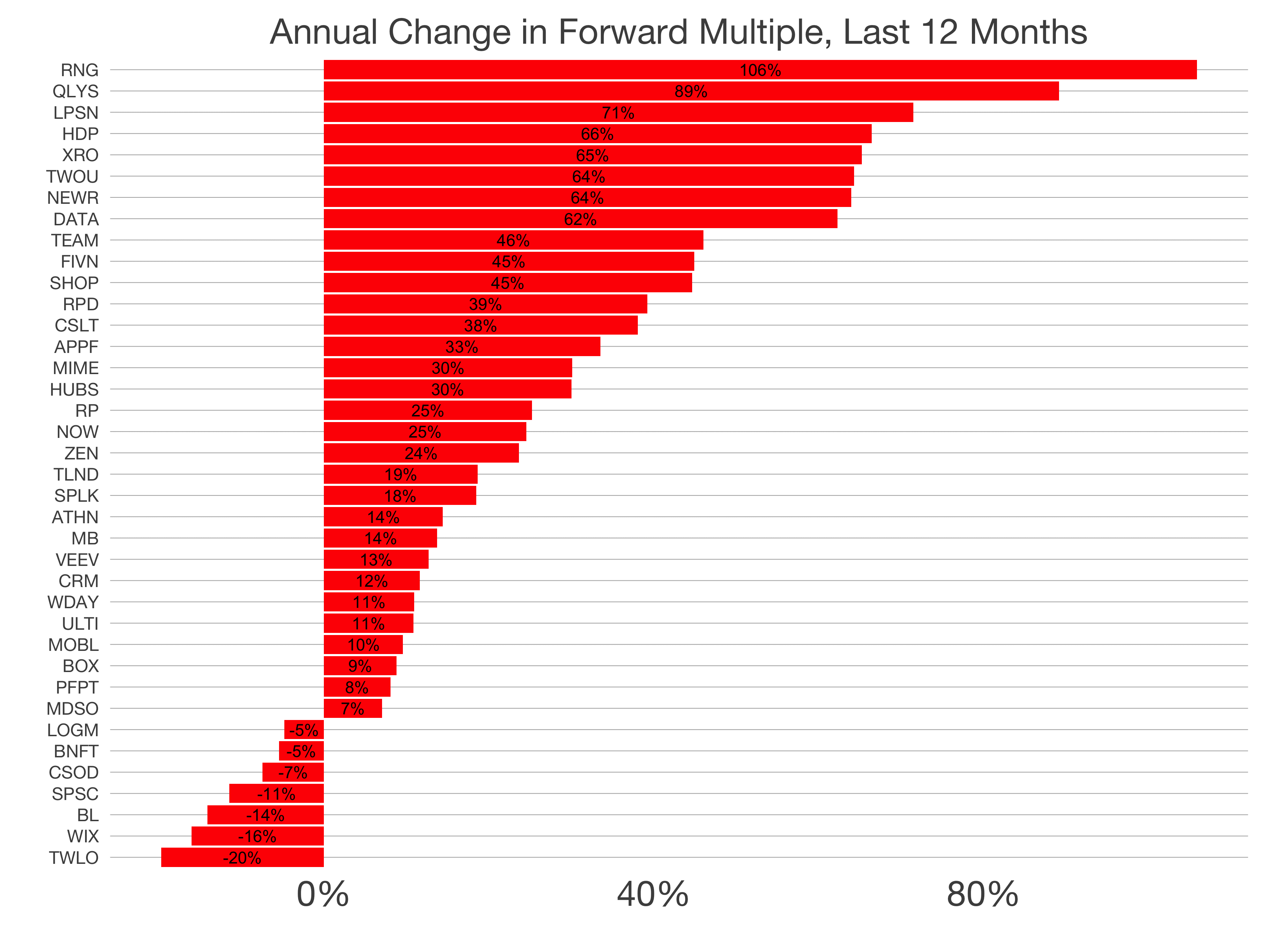 Not every name has benefited, but nearly all of them have. Only six companies have witnessed multiple compression over the last 12 months. The average company has witnessed a 27% increase in multiple. This multiple expansion is substantial.

RingCentral, Qualys, LivePerson and Hortonworks have all seen a greater than 66% increase in multiple expansion. RingCentral leads the list at a 106% expansion. In other words, the business is twice as valuable today as it was a year ago, at the same revenue. 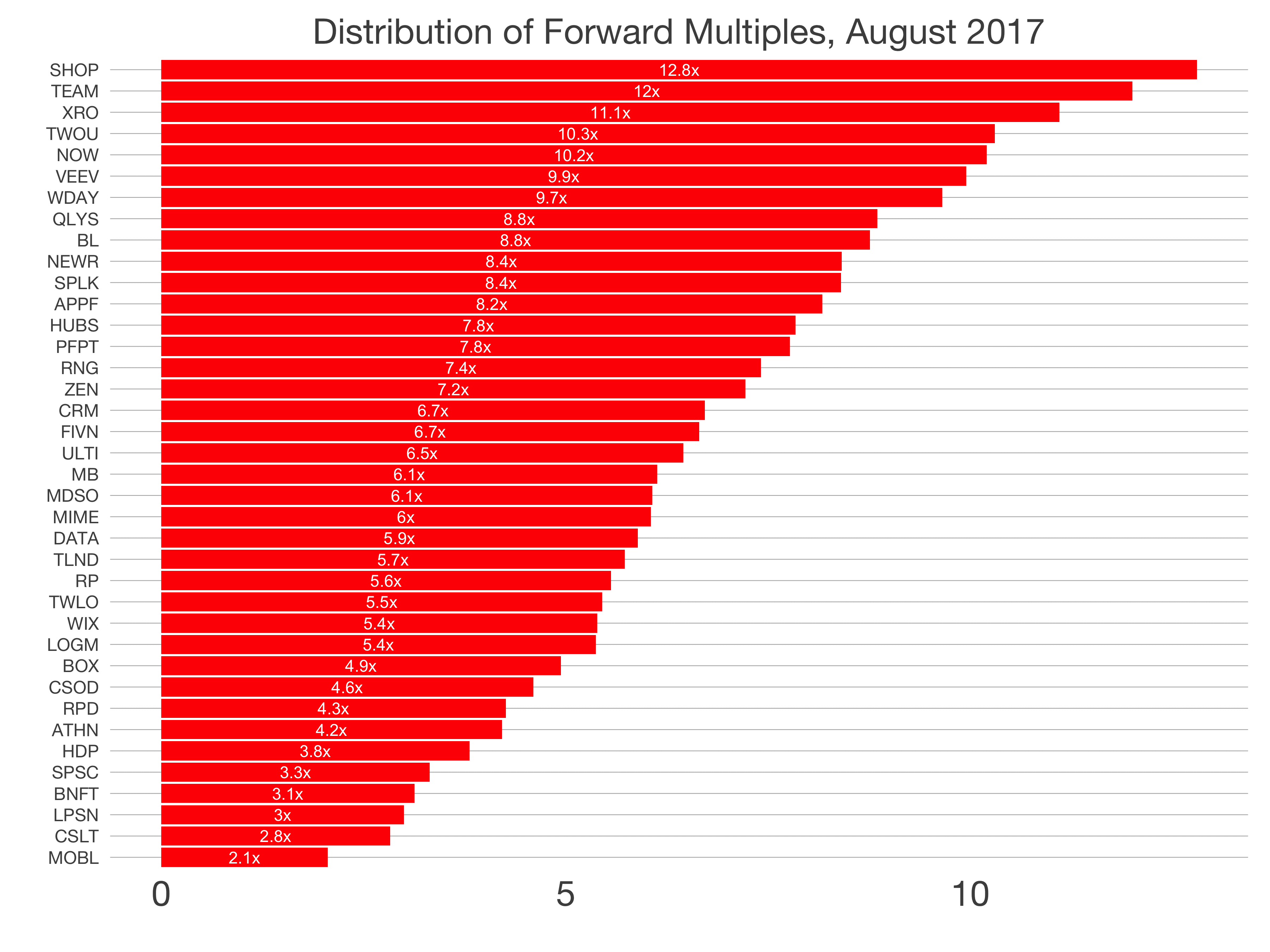 So just where are these numbers? Let’s talk about them in absolutes. Shopify, Atlassian, Xero and 2U top the list. Here is an amazing fact: the top 3 companies all target the SMB segment with ASPs at IPO of under $10k. Each of these business has top of the charts sales efficiency.

Where does that leave the environment? Close to ten year highs. There are significant tailwinds for these businesses. SaaS is winning ever greater marketshare across all these segments. And the public market is rewarding this potential for growth with handsome forward multiples.