The Optimal Price to Maximize Sales Efficiency for a SaaS Startup 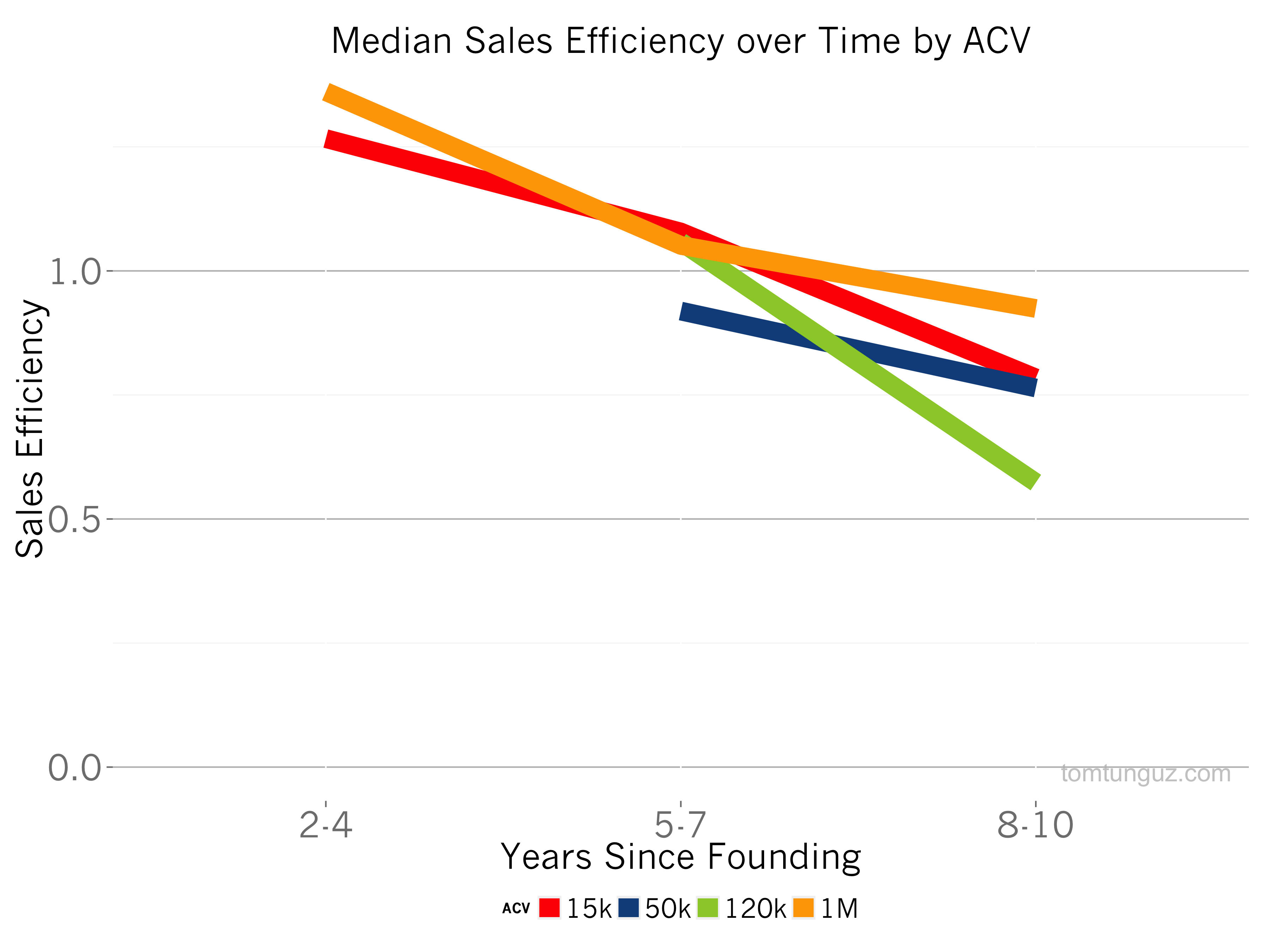 Is there an optimal price for a product to maximize a SaaS startup’s sales efficiency? As I’ve been analyzing the S-1s of publicly traded SaaS companies, most recently of HubSpot and Zendesk, I’ve been asking myself that question. Do million-dollar enterprise price points and field sales people create more efficient sales organizations than content-marketing-driven SMB startups? Or are the high-velocity inside sales teams of the pursuing the mid-market, the most efficient?

Using a basket of about 45 publicly traded SaaS companies, I analyzed the sales efficiency of these companies by years since founding for different average contract value (ACV) buckets of $15k, $50k, $120k, and $1M. Then I calculated the sales efficiency by year-of-founding, in buckets of 2 years, from year 2 through year 10. To eliminate bias, I whittled the dataset to a subset of the companies who had data in all three periods.

The chart above shows the result. On first blush, we could conclude $1M ACV companies seem to be more efficient in the company’s early days. We could speculate that this is because an individual salesperson selling million-dollar contracts can be much more efficient than an individual inside sales rep selling $10k products. One million dollar sale is worth the same as one hundred $10k sales.

But this initial difference isn’t actually statistically significant. In fact, within any of the three periods, and across the four different ACV categories, the data today shows that there is no optimal ACV that would enable maximum sales efficiency.

There is another important conclusions from the data: sales efficiency is monotonically decreasing. The rate of decrease seems to be largest for $1M and $15k ACVs, while companies operating within the middle range of ACVs display a slower decline rate. The median SaaS company selling a $1M product declines from a sales efficiency of 1.7 to 0.9 in about 6 years, a 47% drop. In contrast, the $50k ACV median falls 9%.

This could be because the high-velocity inside-sales models can create more repeatable, similar-looking sales. Consequently, sales efficiency deflates to a lesser extent as the company grows, in comparison to field sales team expansion with highly variable quota achievement, and content-marketing driven customer acquisition. But, I don’t have the data to prove that hypothesis. 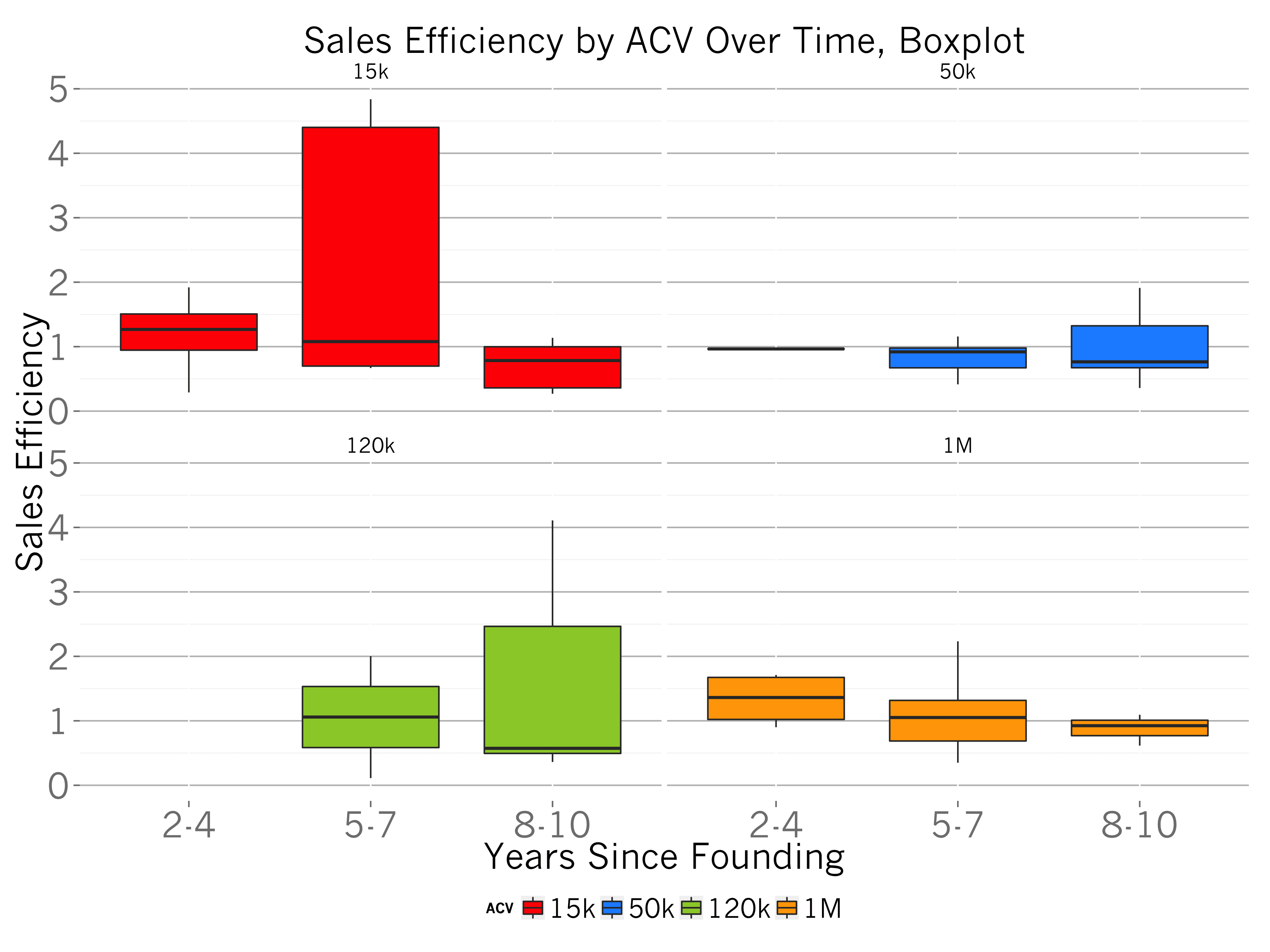 If you’re looking for more detail on the data, I’ve included a box plot above. The box plot that shows the distribution of the data by ACV in greater detail. The line in the middle of the box is the median, the outer borders of the box show the 25th and 75% percentile of values, and outliers are shown as points.

The one challenge of this data analysis is the sample size is relatively small. I hope to refine it over time as more SaaS companies go public and contribute to the data set.