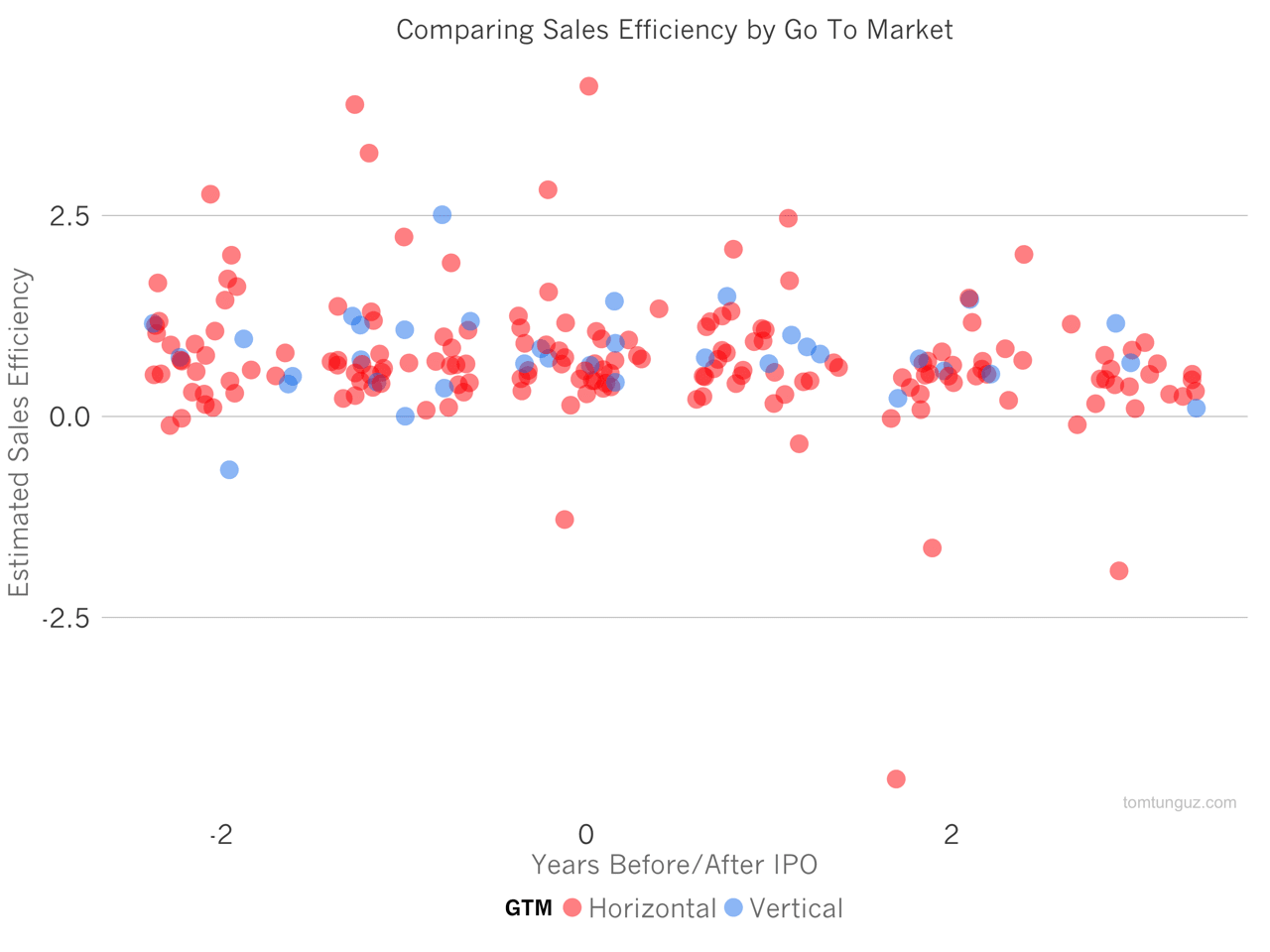 After all, vertical SaaS companies target a smaller number of potential buyers. The marketing team concentrates their media buys to target this audience, the sales team focuses on a smaller lead list.

Does the data support this notion? The point chart above compares the estimated sales efficiency of 54 publicly traded SaaS companies - 10 vertical in blue and 44 horizontal in red - for two years before IPO and three years after. It’s hard to discern a difference between the two. 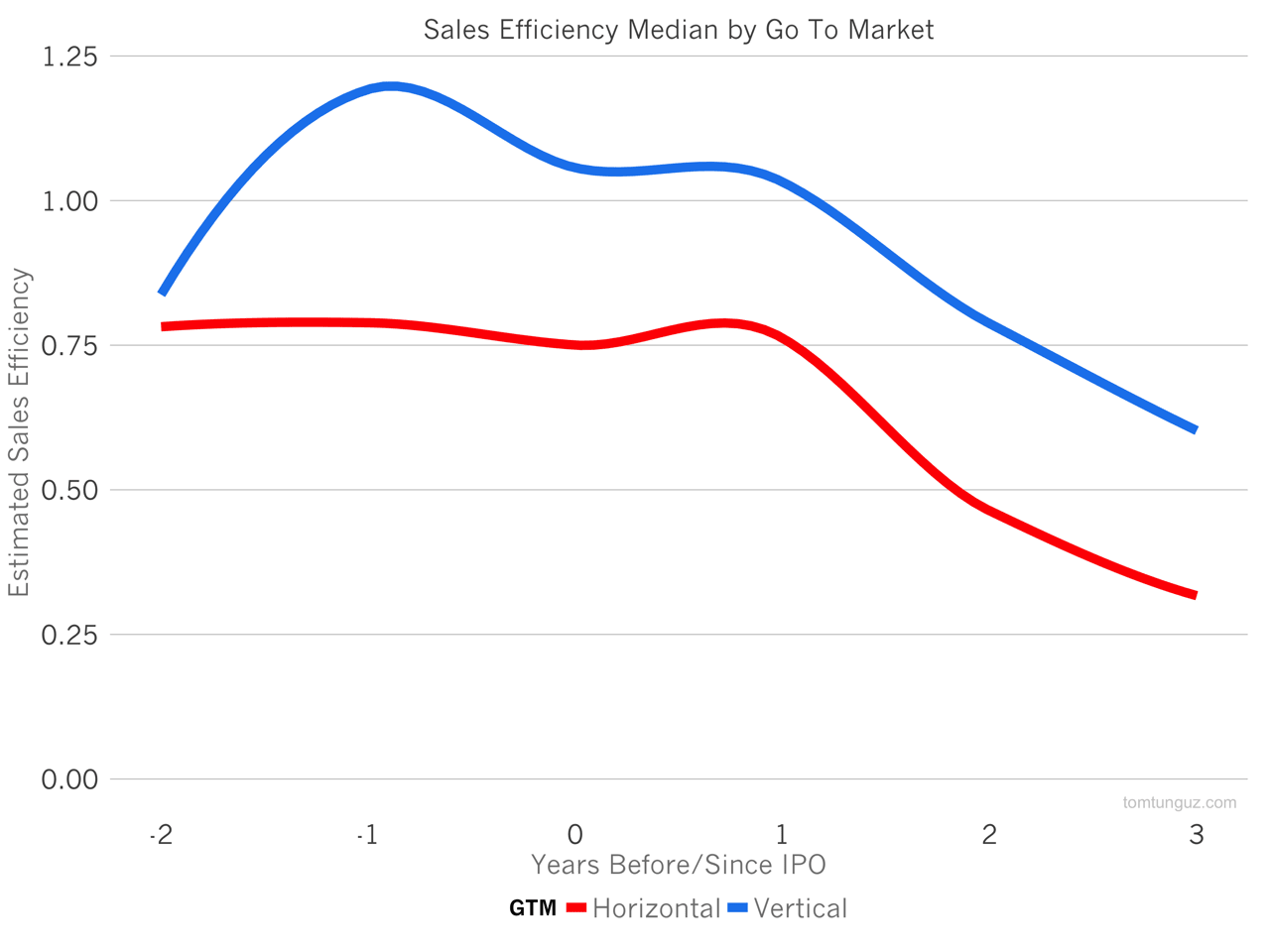 But, if we chart the median by year, we see that the vertical SaaS companies do exhibit a higher median for each of the years. Over this time period, horizontal companies record a mean of 0.66 compared to 0.97 for vertical companies. And this difference is statistically significant (p value = 0.026) 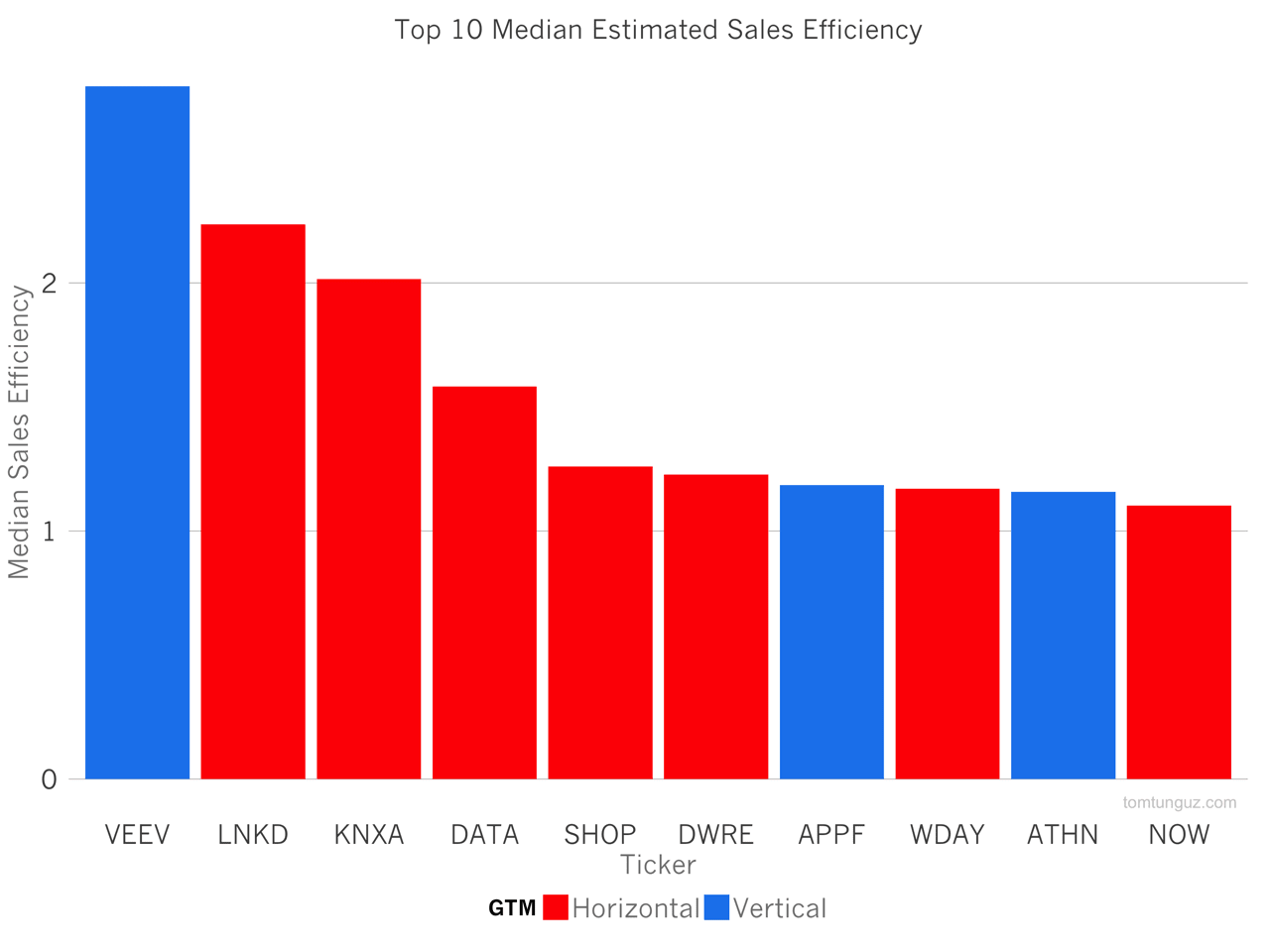 This may be because of a greater competitive pressure within the horizontal markets. Increased competition in a market segment drives up marketing costs, reduces sales win percentage and decreases sales efficiency.

After this analysis, I compared a few other key metrics including revenue, revenue growth, net income, sales & marketing spend as a percentage of revenue.

Unlike sales efficiency, none of these health metrics differ materially from vertical to horizontal SaaS companies. This may be because the number of vertical SaaS companies is relatively small still. Or, more likely, exceptionally efficient businesses can be built both with a horizontal and a vertical go-to-market strategy. For every Veeva, there is also a Kenexa.

I’m hopeful that with more vertical SaaS startups succeeding and growing quickly, we will know more with time.