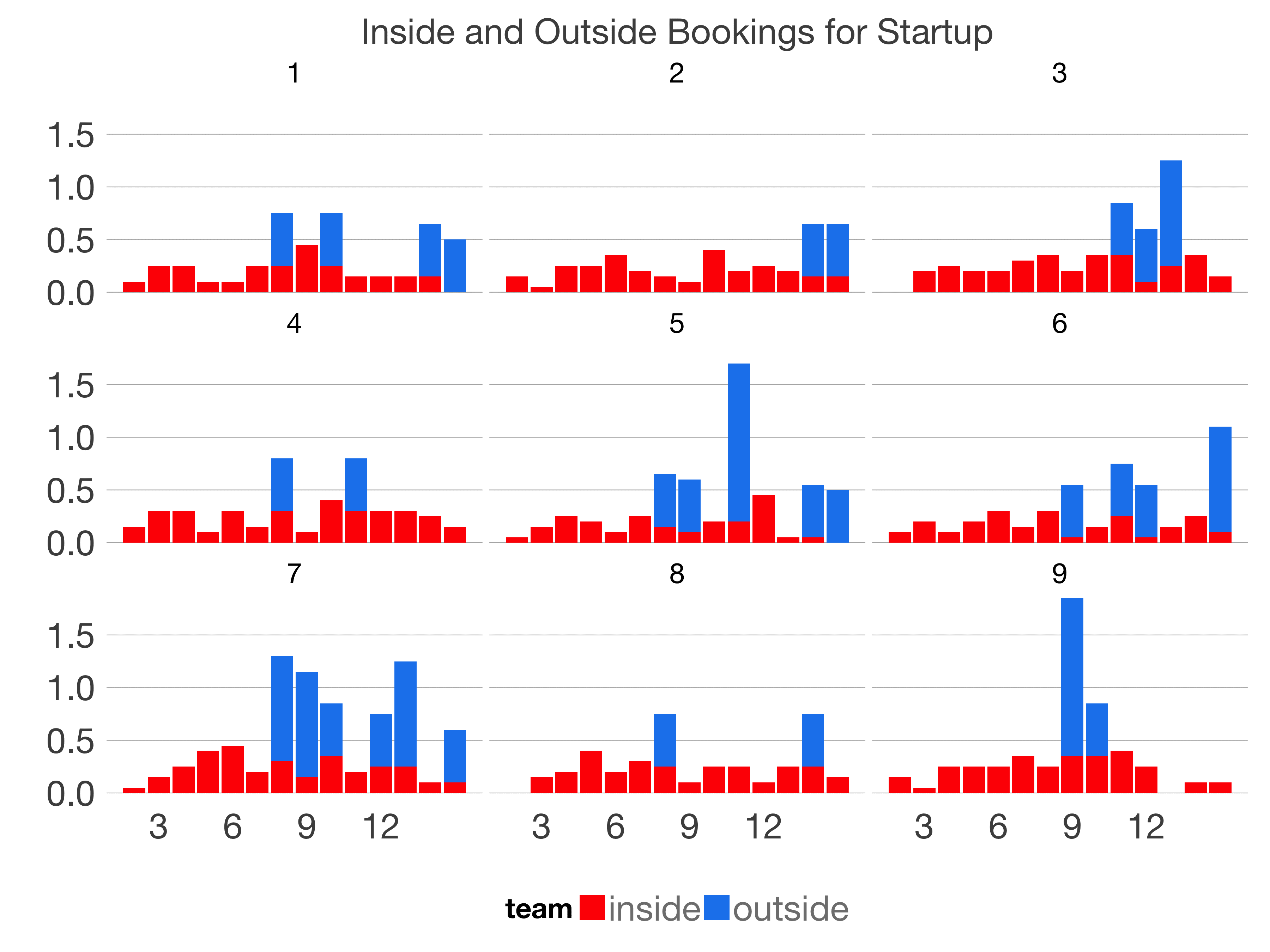 Recently, a VP of sales told me about the way he views the dynamic between inside and outside sales. Inside sales is the drumbeat, a highly predictable sales organization whose consistency enables outside sales to swing for the fences. I never heard it expressed quite this way, but I do think there’s some truth to it. To prove it to myself, I ran a Monte Carlo simulation for hypothetical startup.

The variety in the scenarios is striking. Contrast the success of the field sales team in scenarios 5 and 7 with scenarios 2 or 1. They feel like very different organizations, don’t they? Even if they are playing the same odds. 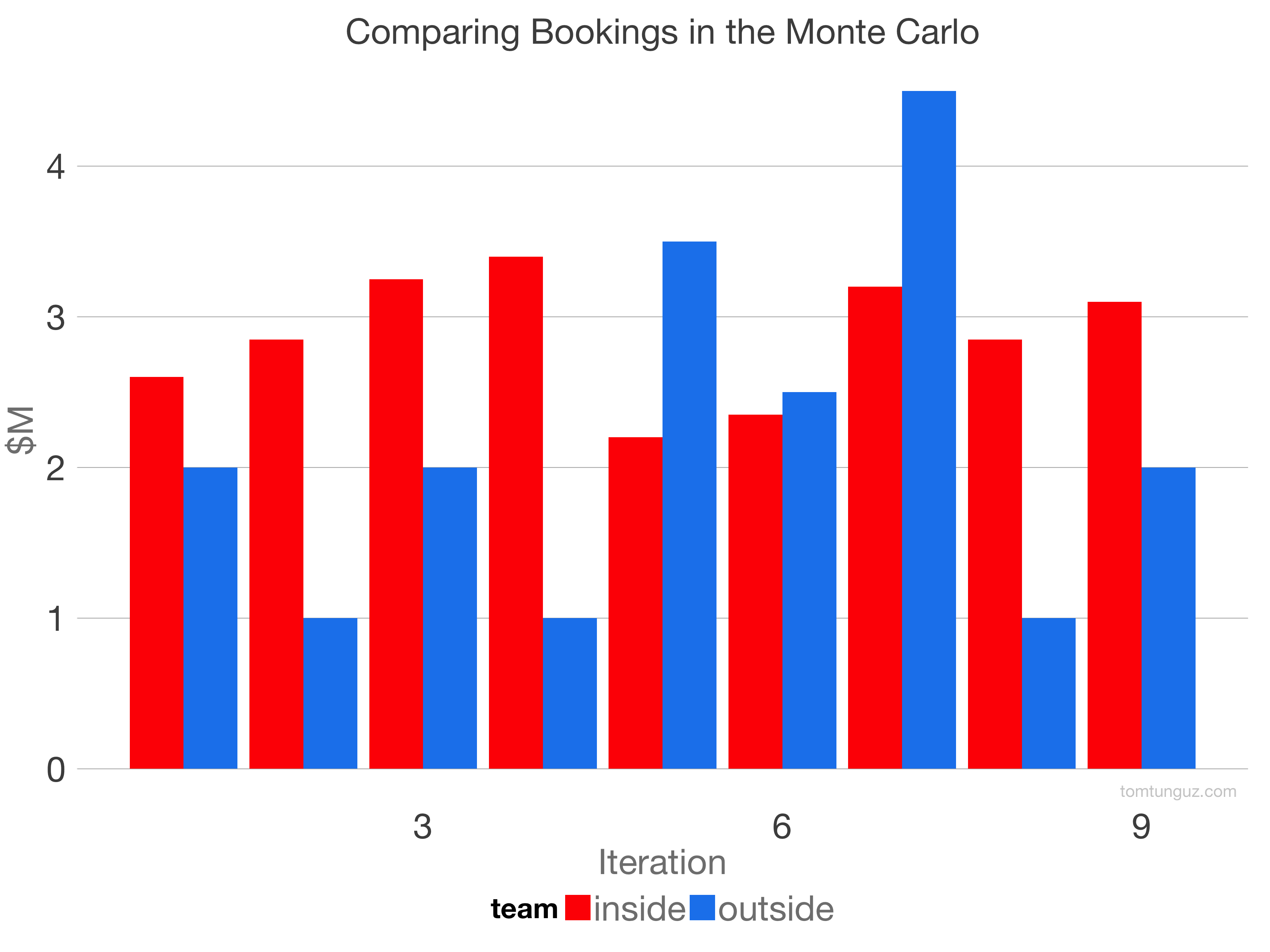 Said another way, the standard deviation of the outside team’s performance is three times greater in this model than the inside team. It’s just more variable because the number of leads is smaller and the sales cycles are longer. This variance reinforces why faster sales cycles are a competitive advantage.

Because inside sales teams attain more predictable bookings, even at the small scale, it makes sense that many SaaS startups began with inside sales. More predictable bookings means a shorter time to figuring out how/if we go to market math will work. Also, it helps teams refine and perfect their sales playbooks quicker. Field teams have higher upside, but also higher downside. They are just more variable, at least in the simulation. Reality is more complex

The best situation for start up is to have both. By having a steady drumbeat of inside sales bookings and complementing it with the substantial potential upside of outside sales bookings, a SaaS startup can grow consistently and benefit from all the virtues of predictability, while benefiting from the tremendous bookings capacity of an outside team. In this way, the inside team hedges the variance risk of the outside team.

Shopify S-1 Analysis - Smiling All the Way to $10B