The First Generation of the Talent Software Wars 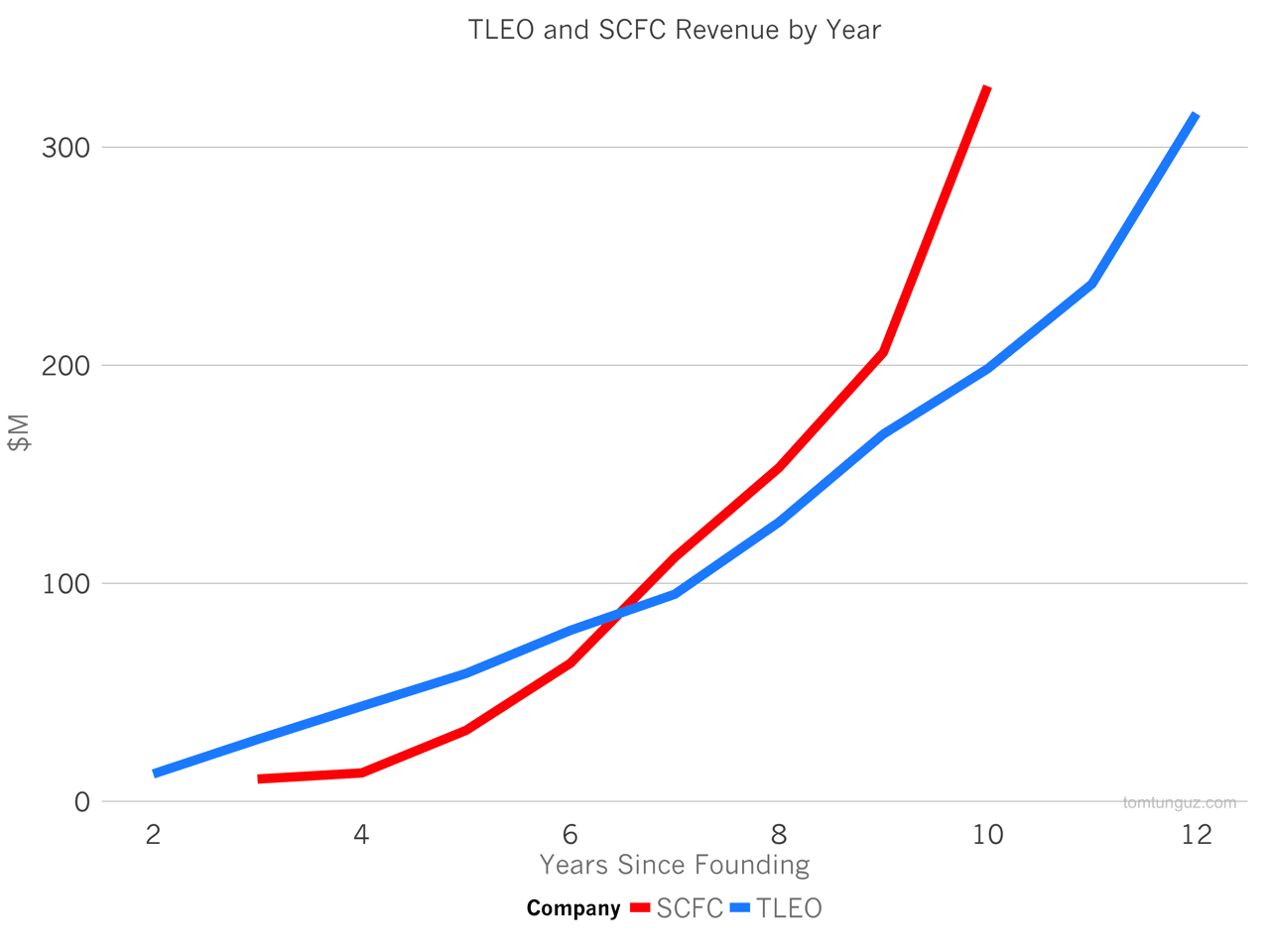 In the late 1990s, two of the dominant talent management platforms were founded. Taleo and SuccessFactors grew very quickly after they entered the market, bringing novel delivery to the human capital market. Both companies eventually offered talent acquisition, performance management, and learning tools for human resources teams. But they started in different places. Taleo initially focused on recruiting tools and SuccessFactors on performance management.

As the chart above shows, both companies scaled revenue rapidly, reaching $100M in revenue 7 years after founding. SuccessFactors started out a bit slower, but eventually grew about twice as fast as Taleo.

Both companies were acquired around the same time. SAP purchased SuccessFactors for $3.4B in December 2011, and Oracle bought Taleo for $1.9B in February 2012.

The companies pursued slight different strategies in the market. SuccessFactor's average customer value (ACV) was less than half of Taleo's according to each company's S-1 document, the filings related to an IPO. 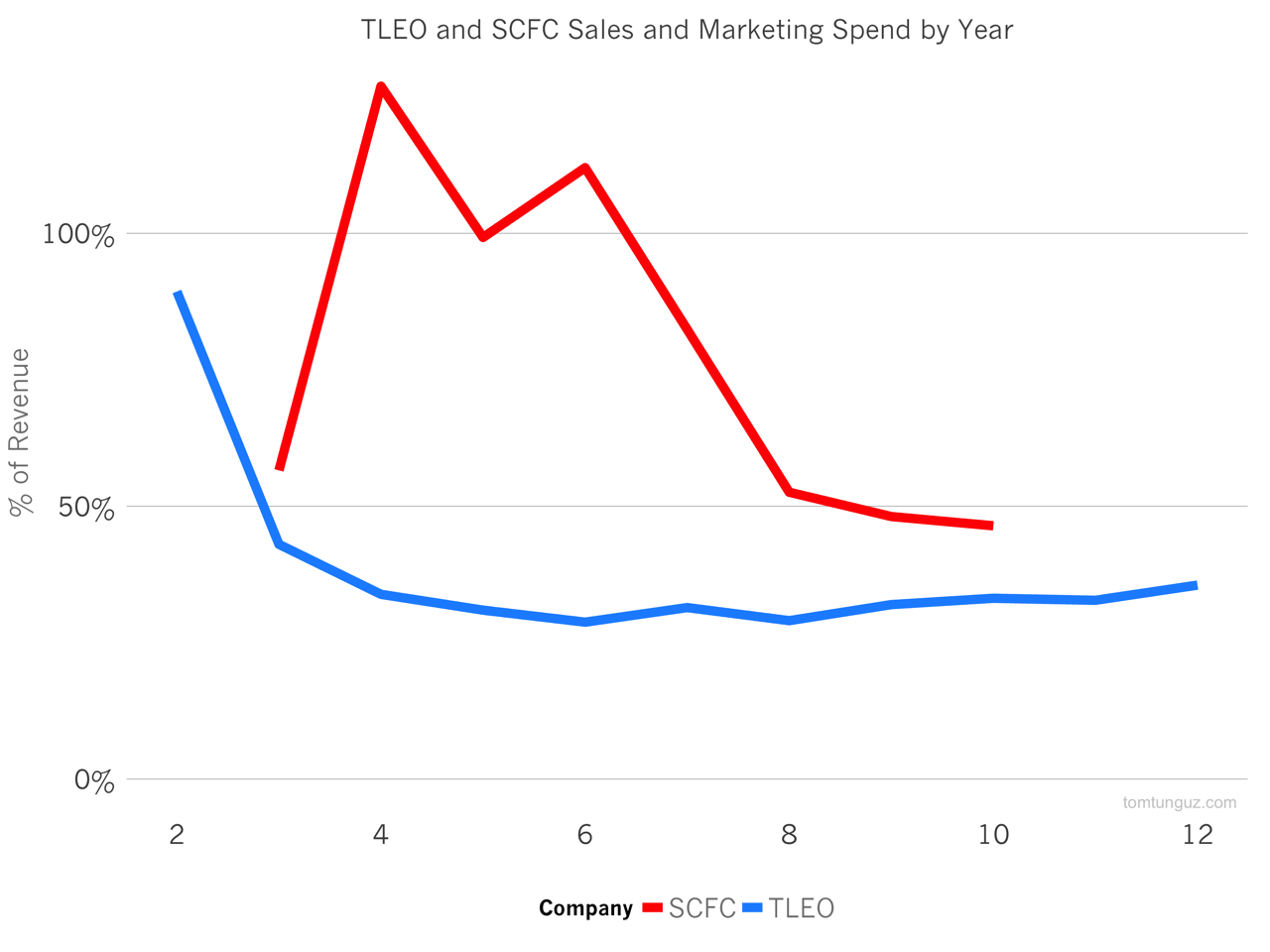 Interestingly, despite the smaller contract sizes, SuccessFactors invested substantially more in sales and marketing as a percentage of revenue to generate their top-line growth than Taleo. In fact, SuccessFactors spent twice as much for at least three years. 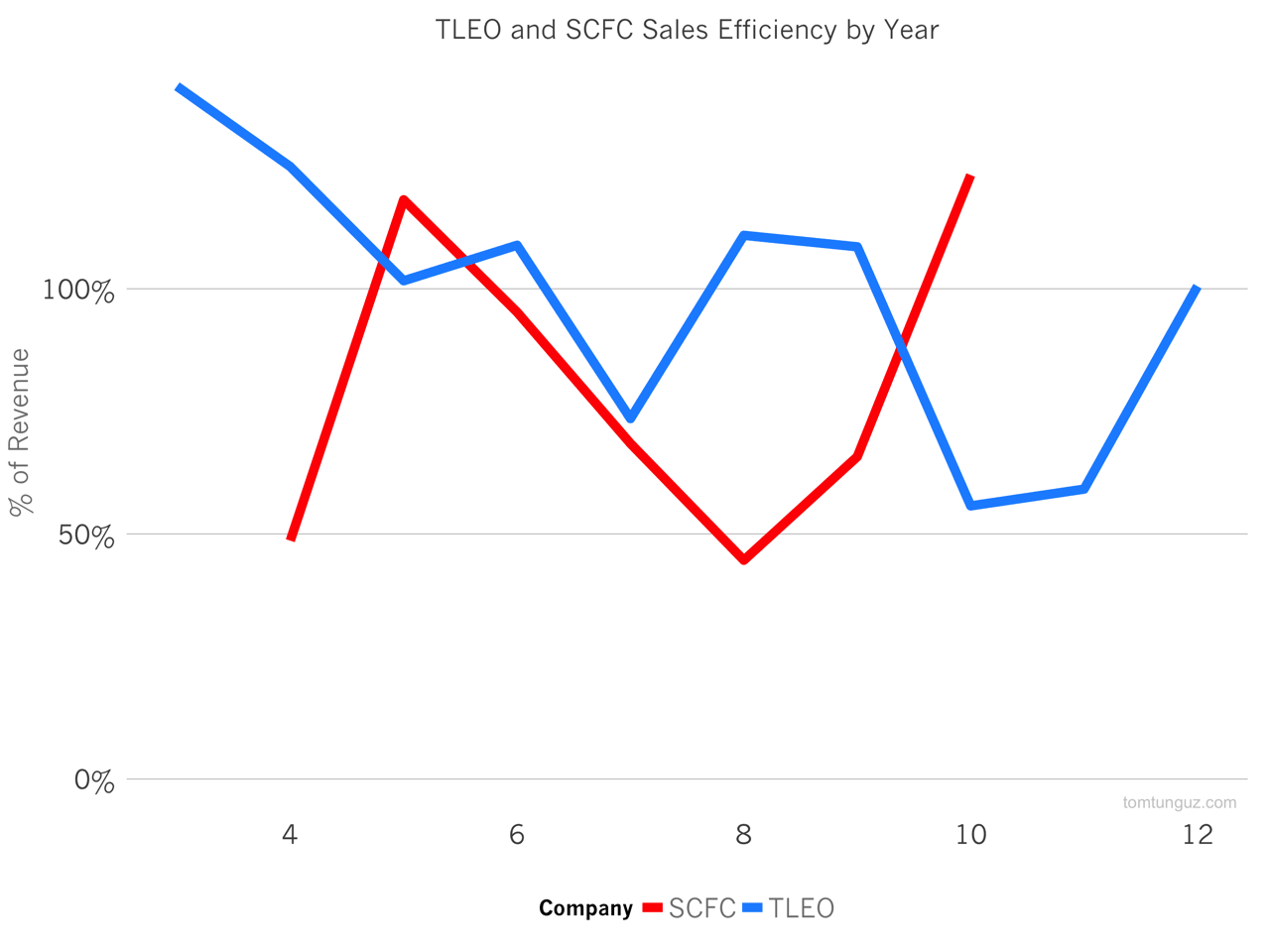 Both companies demonstrated very volatile sales efficiencies, which are probably more influenced by the macro economic environment than the performance of the sales teams. Both of these business weathered the dot com crash in 2001 and the financial meltdown in 2008. 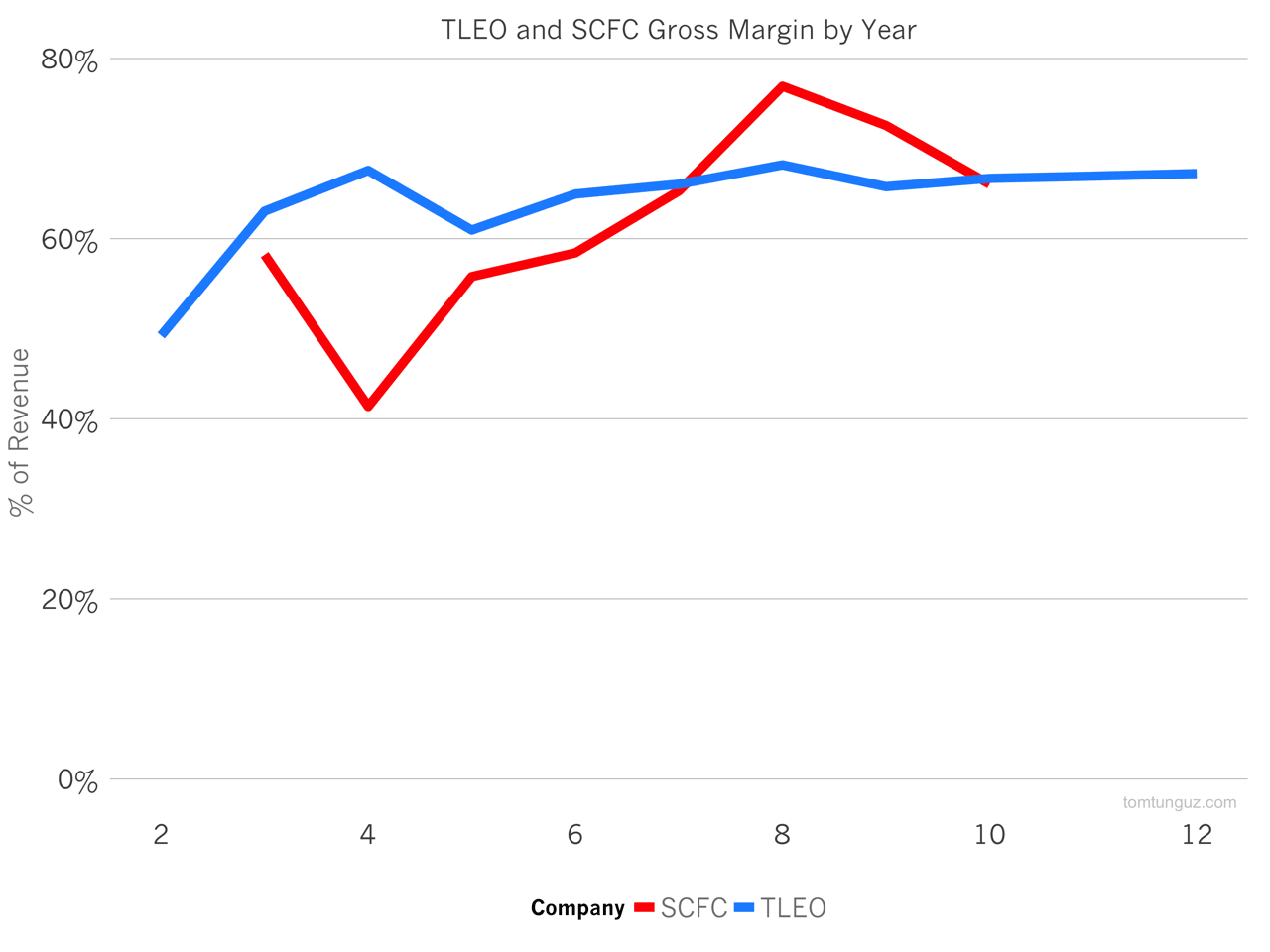 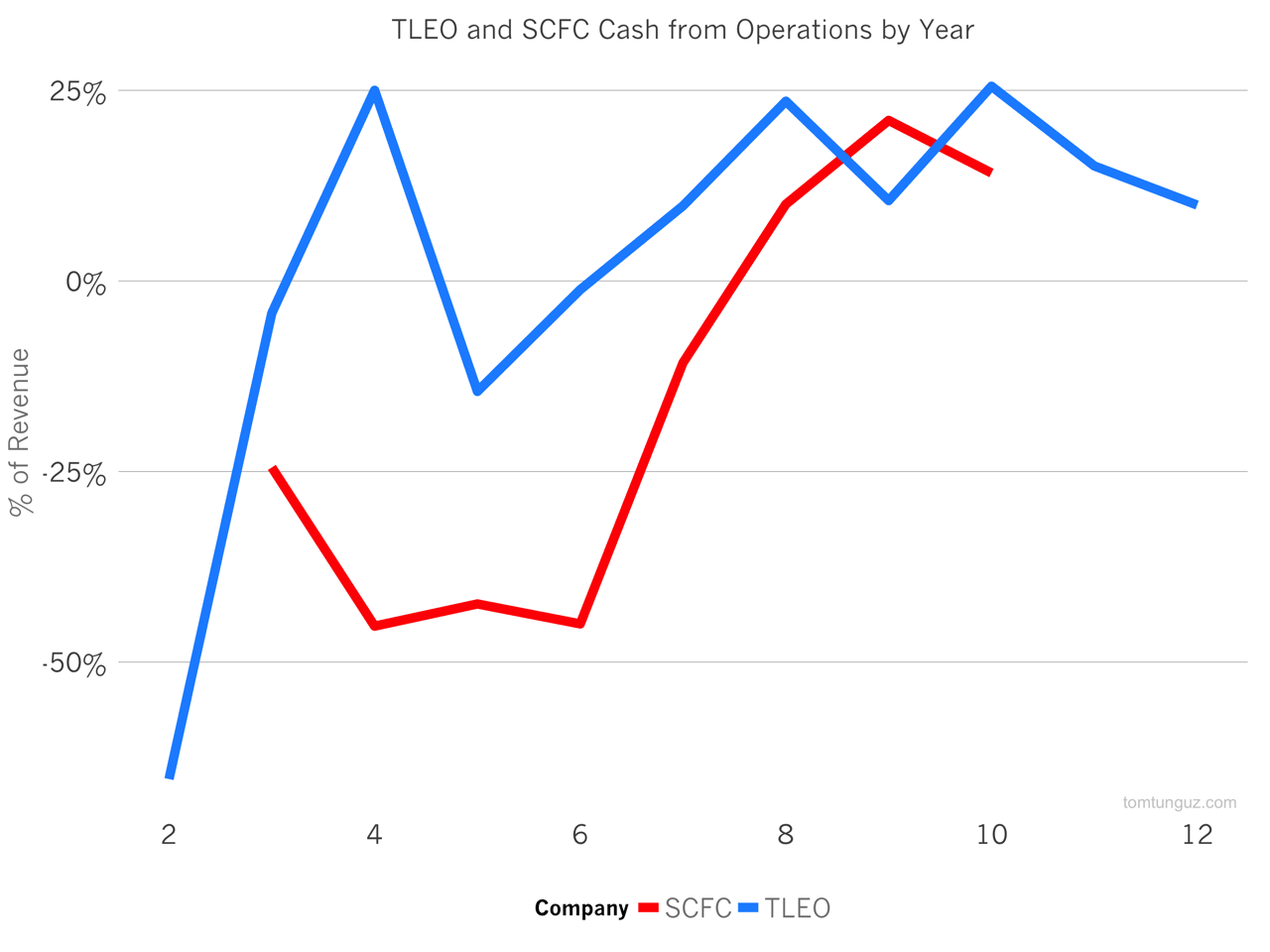 As a consequence of the substantial investment in sales and marketing, SuccessFactors reached cash flow breakeven seven years after founding. Meanwhile, Taleo broke through in year 3. 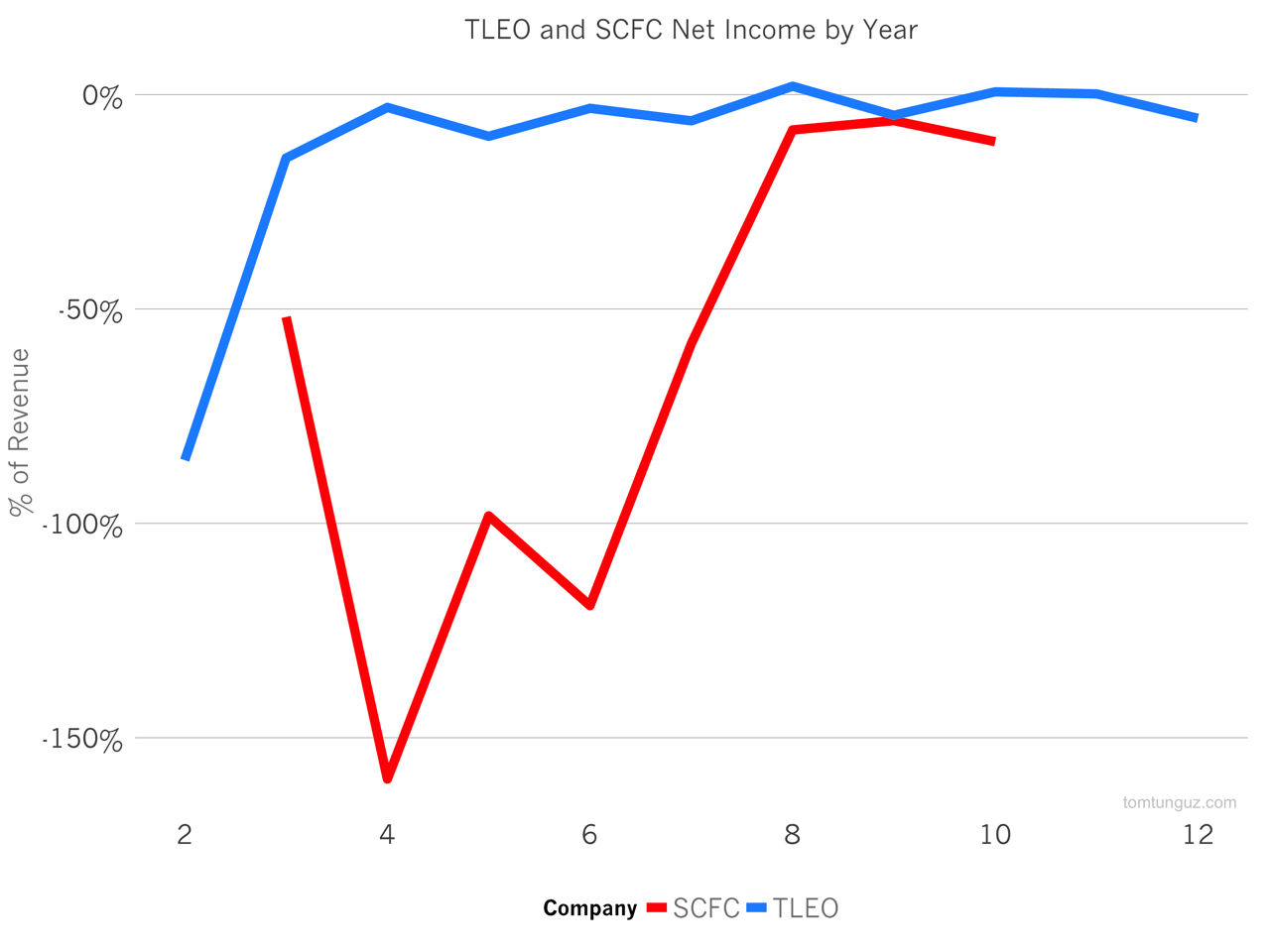 The same story plays out with profitability. Taleo hovered around the profitability mark as soon as year 4, compared to year 8 for SuccessFactors. 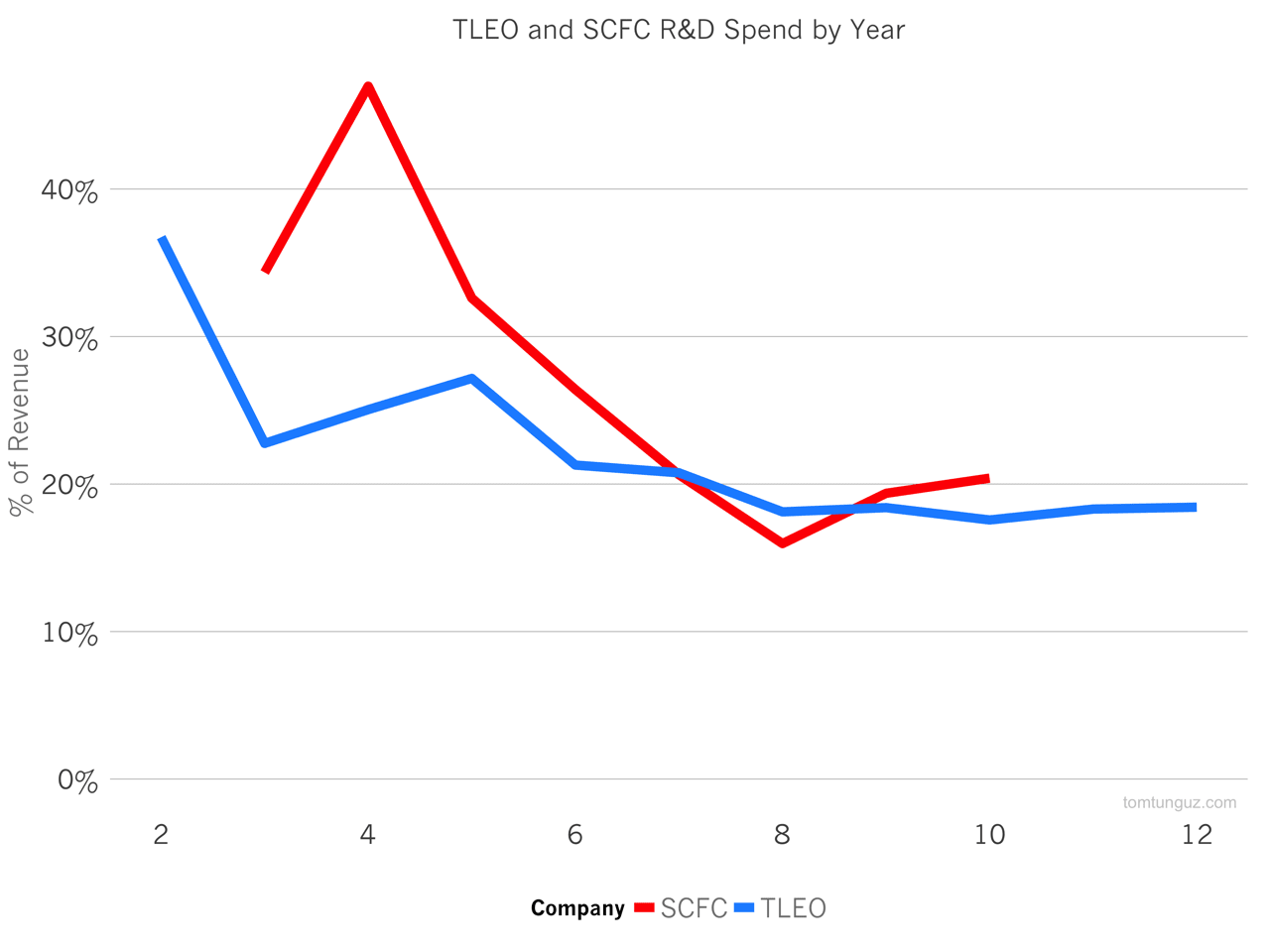 Both Taleo and SuccessFactors spent roughly equal amounts as a percent of revenue on engineering.

At the time of their acquisitions, SuccessFactors was growing more quickly than Taleo, likely contributing to the 2x premium the company commanded in the M&A market. Additionally, the business’ offering was widely perceived as being broader and more defensible.