A Funny Thing Happened on the Way to Sand Hill Road

A funny thing happened along the way to Sand Hill Road in the last decade : startups stopped talking about how much runway a Series A would buy them.

In the 2000s, when capital was scarcer, founders & VCs would derive round size by debating the quantum of money required to achieve Series B milestones.

When capital is scarce, it’s rationed.

In the 2010s, US venture capital grew 40x in 10 years. More capital meant the constraints of yester-decade no longer applied. Founders declared a maximum acceptable dilution instead.

Round sizes ballooned. So, did headcount at the Series A. In 11 years, the median headcount at Series A swelled from 15 to 28. [1] 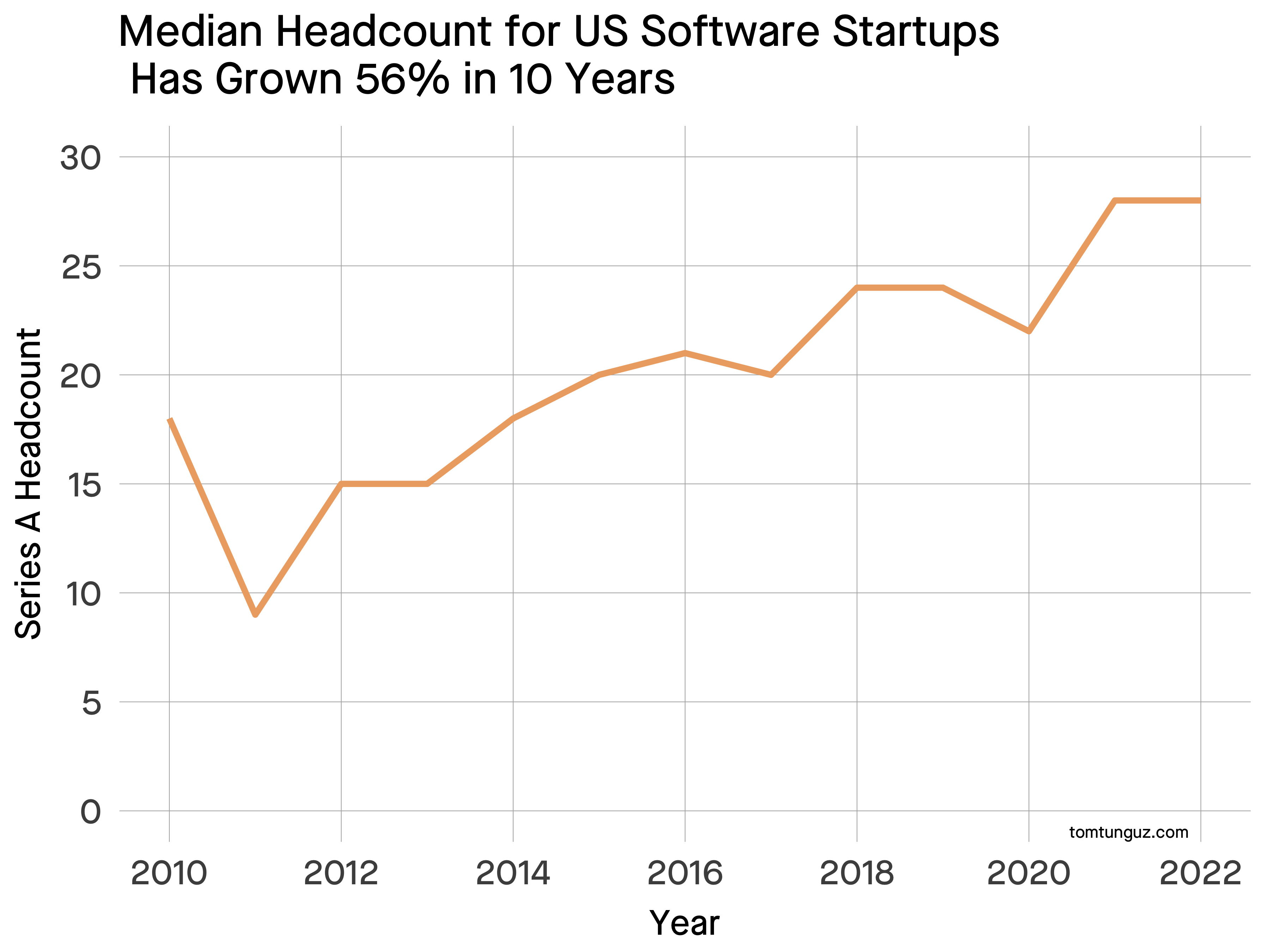 As the pendulum swings to a higher-cost-of-capital-environment, milestone-based financing may return. Let me explain :

In 2010, the median software Series A startup raised $3.2m & employed 15 people at about $150k average cost. Series A dollars provided the business 17 months’ of runway at constant burn assuming no revenue.

If the Series A market follows suit, the median series A will fall to $7.8m, which means a 28 person company will have 17 months’ of runway - effectively identical to 2010 runway.

I doubt the pendulum will reach the touch the capital scarcity of 2010, if only because VCs have more than $200b in dry powder.

But, I wouldn’t be surprised if milestone-based financings re-emerge to justify round sizes again.

[1] Thank you to the Pitchbook team for running the headcount analysis data. [2] Tangentially, this is why the burn multiple (total burned / total ARR) has become an important investor metric.