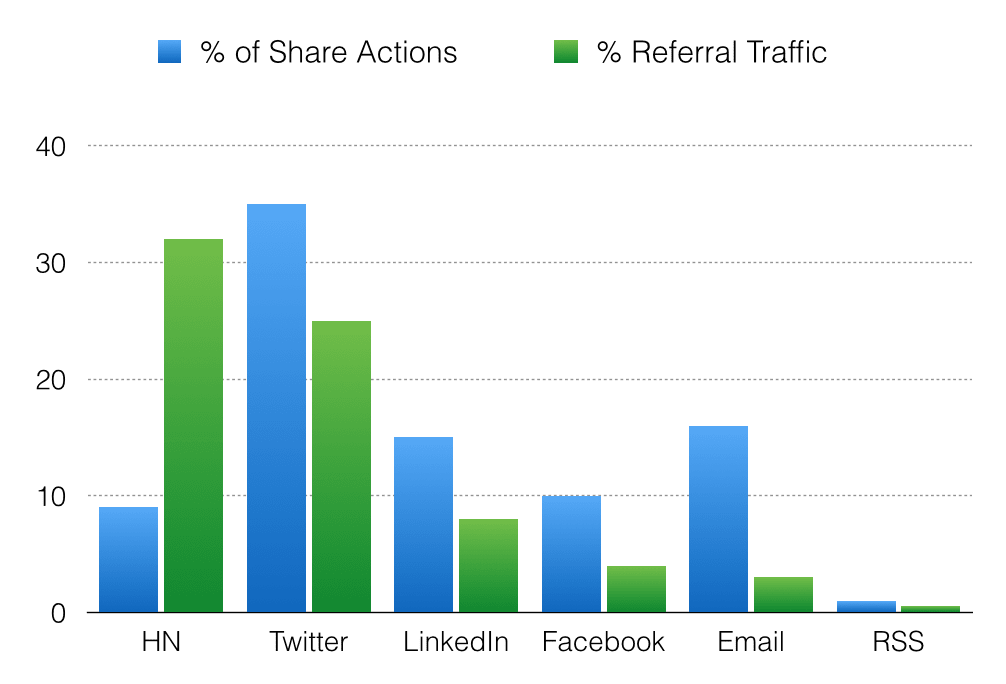 At the bottom of this blog, there’s an inocuous sharing bar with links to share this post on Twitter, Facebook, LinkedIn, HackerNews and subscribe by email and RSS. 1.5% of visitors click on one of these buttons. Despite the similarity of the buttons and the clicks, the value they generate as sharing tools varies dramatically.

The chart above shows data from the widget on this blog for the past 30 days, comparing the number of clicks on each button and the traffic that results from that channel. Three traffic generation behaviors emerge from this chart which I call the charts (HackerNews), the networks (Twitter, Facebook, LinkedIn) and the 1-to-1s (Email, RSS).

Given these patterns, I’ve developed a mental model for maximizing the value of each channel which is shown below. The goal of this model is to capture as much traffic from the charts and convert those readers into long-term relationships as efficiently as possible. 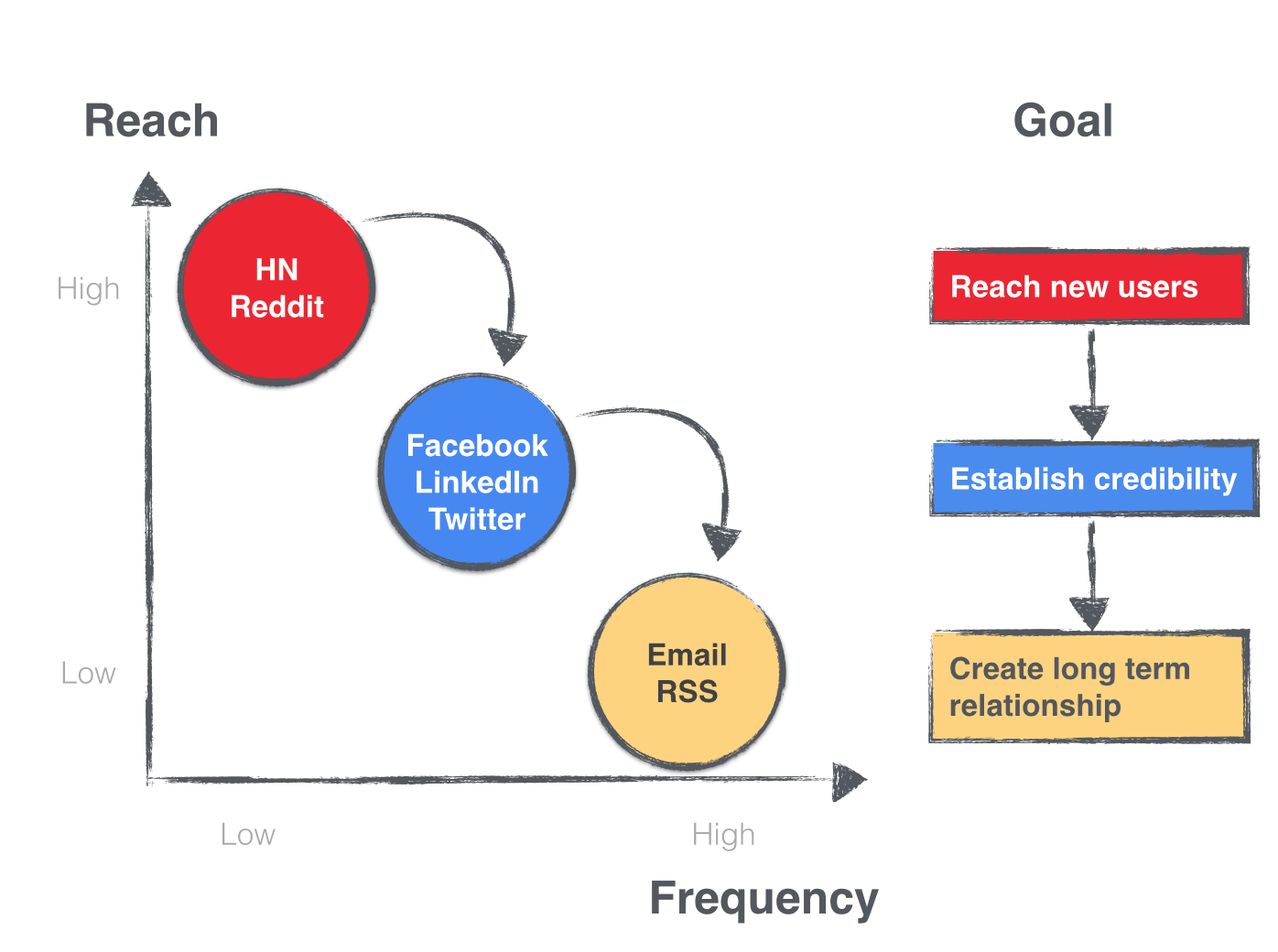 Charts: Charts concentrate distribution. Like the Billboard 100 or iTunes Top 25 top grossing, content marketing “charts” collect millions of users each day and generate huge/interest traffic spikes in the feature stories and products. Charts are editorially curated, either by a small group in the case of publications (TechCrunch, GigaOm, WSJ, NYTimes) or a very large group (HackerNews, Reddit). Individuals with great influence over social networks and who perform a content curation function, people like Hiten Shah or Joel Gascoigne, are also “charts.”

It’s hard to break into the charts, because everyone with a story wants to be on that list and for good reason. Charts are powerful reader acquisition tools because they provide access to a huge breadth of readers. To maximize the value of the charts, the traffic they generate must be bottled in some way.

Social networks provide that bottling mechanism. Social networks amplify content within smaller networks. Likes, RTs and +1s confer social proof, which is one of the most powerful influences on people. That social proof drives new potential readers to become followers of this blog on a social network.

1 to 1 provide a persistent content marketing relationship and immediate addressablity. I can email readers and they can email me.

The ultimate goal of every content marketing campaign is to send the right message to the right people at the right time. To do that, I believe in first reaching lots of people, then using the social proof instrinsic to social networks to influence and encourage readers to build a long term relationship. Those grandiose goals all start with a simple little sharing widget.

Notes about the Analysis

The event data is gathered using Google Analytics custom tracking feature. A Javascript event is fired each time a user clicks on the share widget. The traffic data also comes from Google analytics referral headers. I do not acccount for dark social traffic, because I can’t tell the origin of that traffic, so the social network referral figures may be depressed by an indeterminate amount. I assume the majority of sharing actions begin on this blog and not from other sources.