Shopify S-1 Analysis - Smiling All the Way to $10B 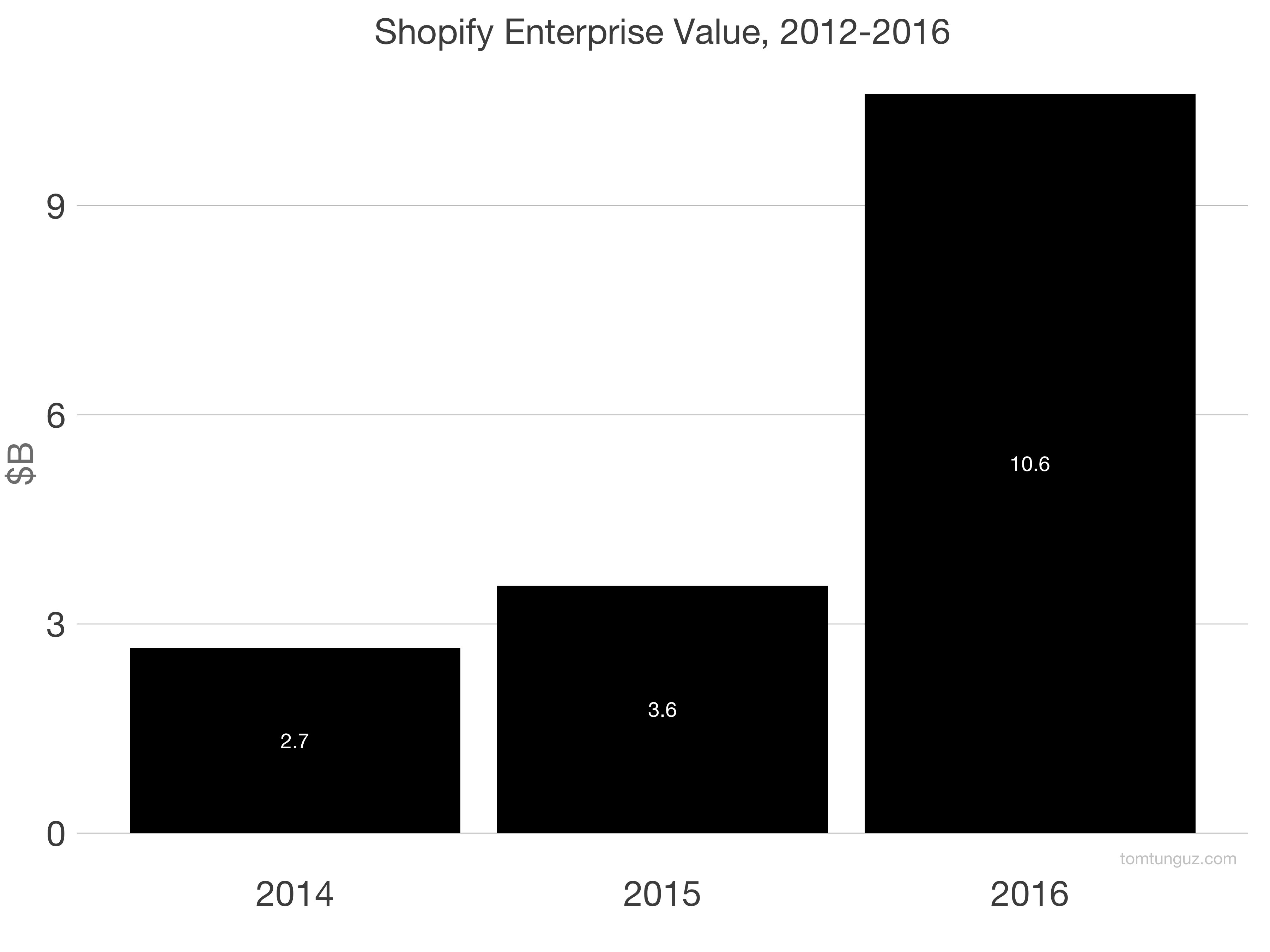 Shopify is an exceptional business. There are not many software companies who can nearly quadruple their enterprise value in two years. But Shopify has grown from $2.7B in enterprise value to more than $10B. What are the metrics behind this behemoth?

First, let’s describe the company a bit. Shopify provides e-commerce infrastructure to merchants. They generate revenue in two ways: subscriptions and merchant services. Merchants pay subscription to rent the software. They pay merchant services for payment fees and other costs that increases the function of the amount of stuff they sell, or Gross Merchandise Value (GMV). 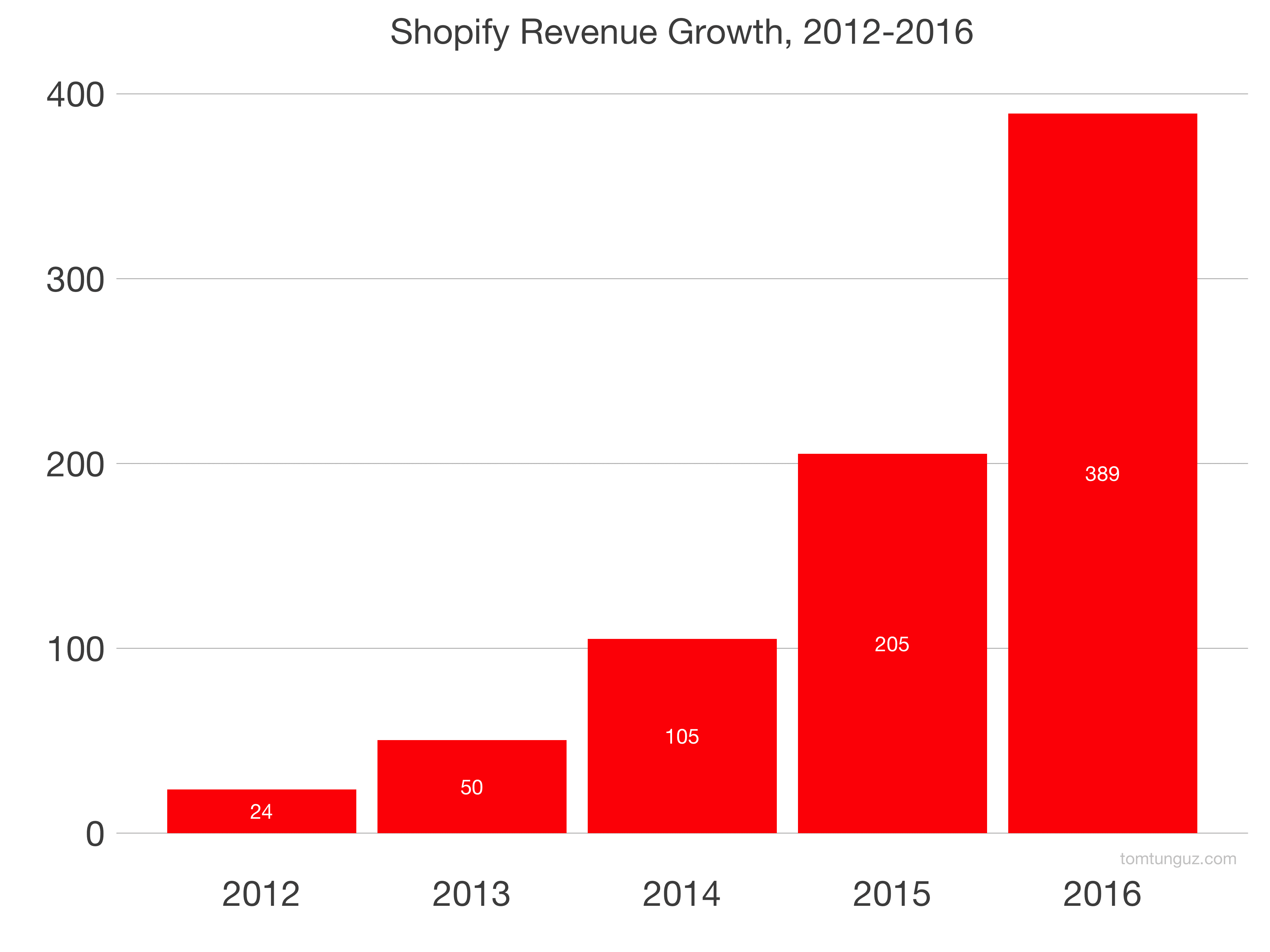 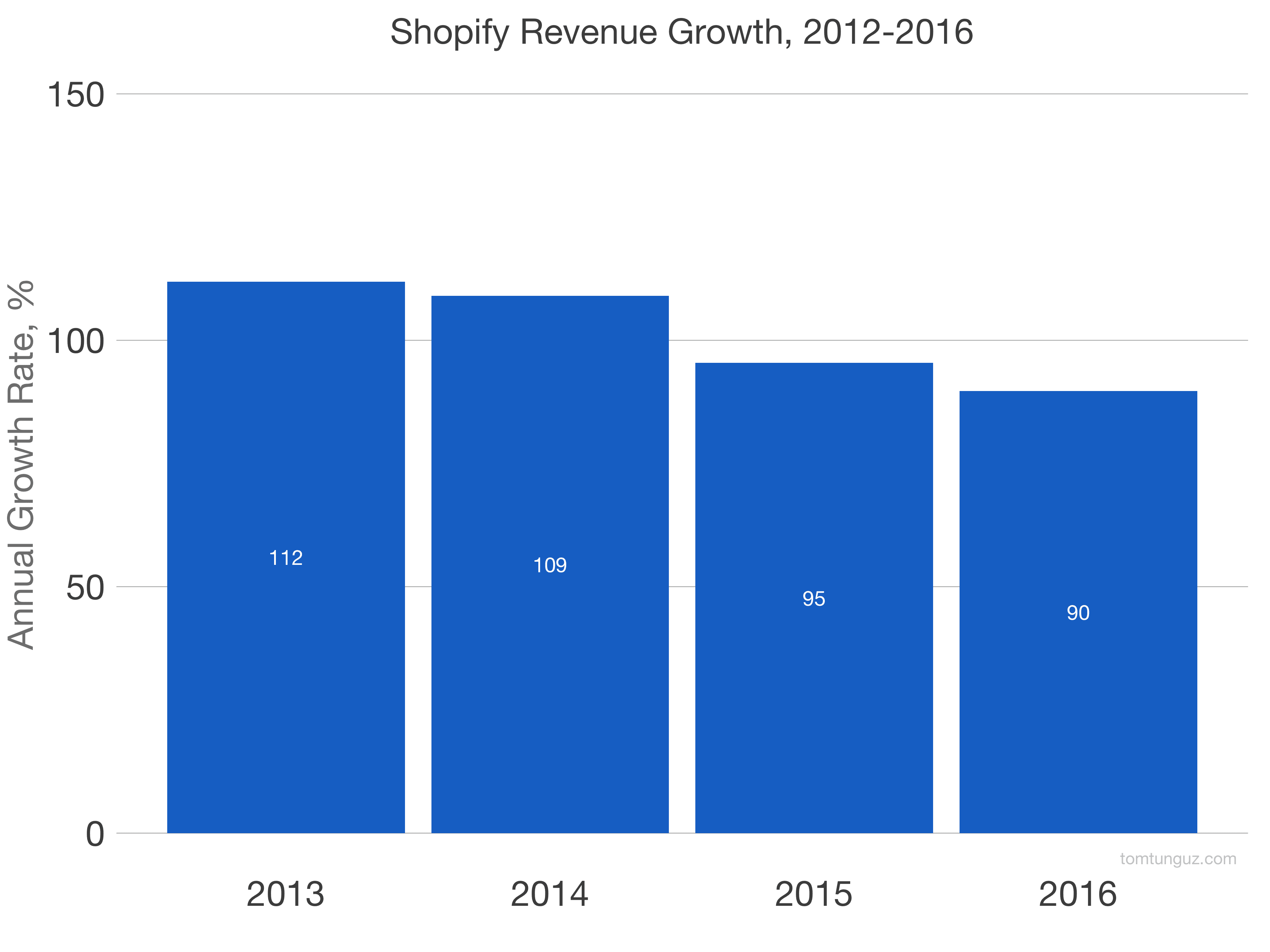 Shopify has been able to sustain a greater than 90% growth rate for each of the last four years. This is unprecedented. There is no company at this skill that is growing this quickly in the public market. 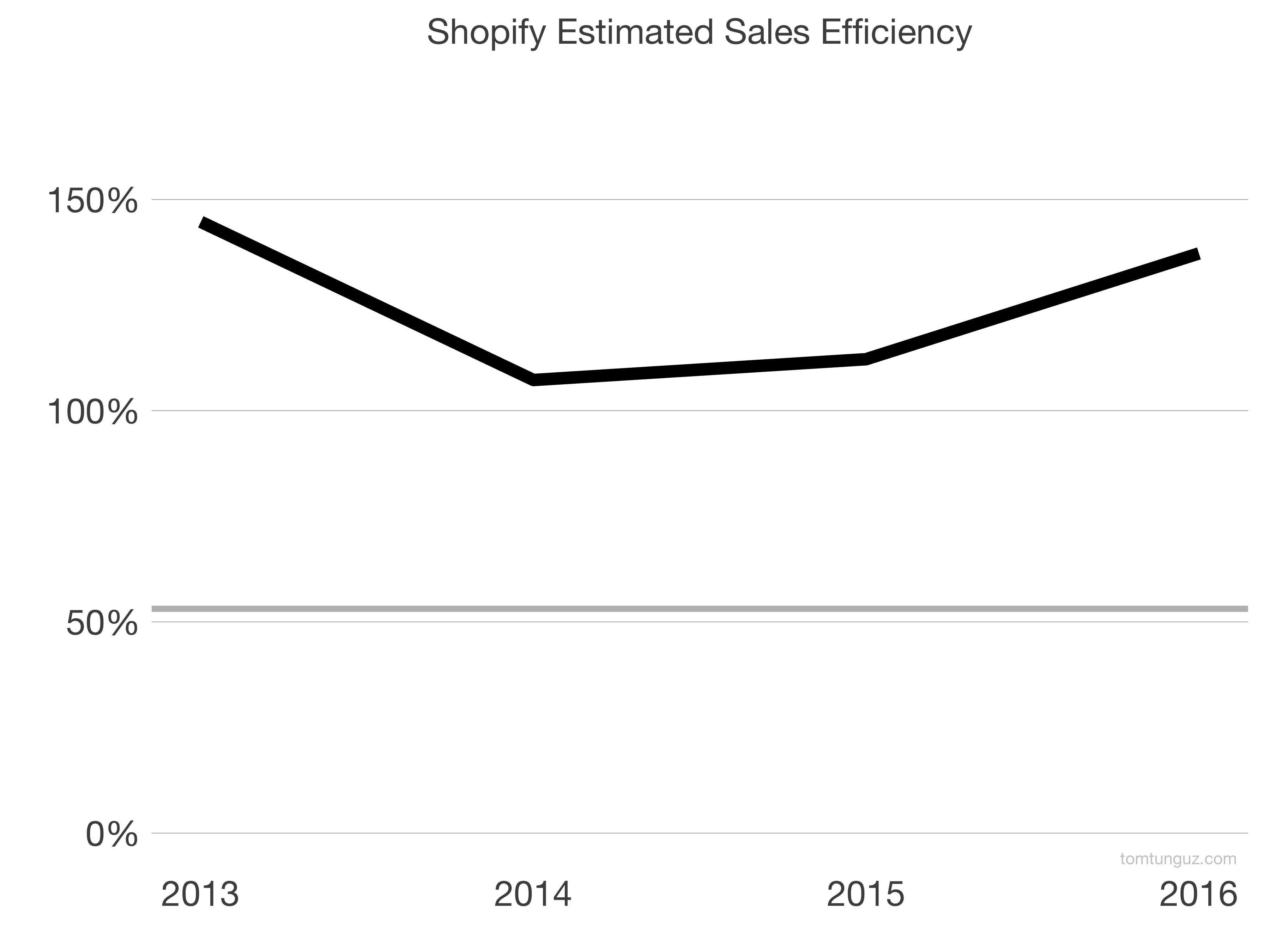 Perhaps most impressive statistic is the sales efficiency which I’ve estimated above. A chart like this is often called a smile chart, for obvious reasons. No others as company I have analyzed has been able to improve sales efficiency as revenue increases. Shopify is just as efficient in converting marketing and sales investment into new gross profit as they were four years ago. In addition, they are 2-3x as efficient as the median, marked in gray. 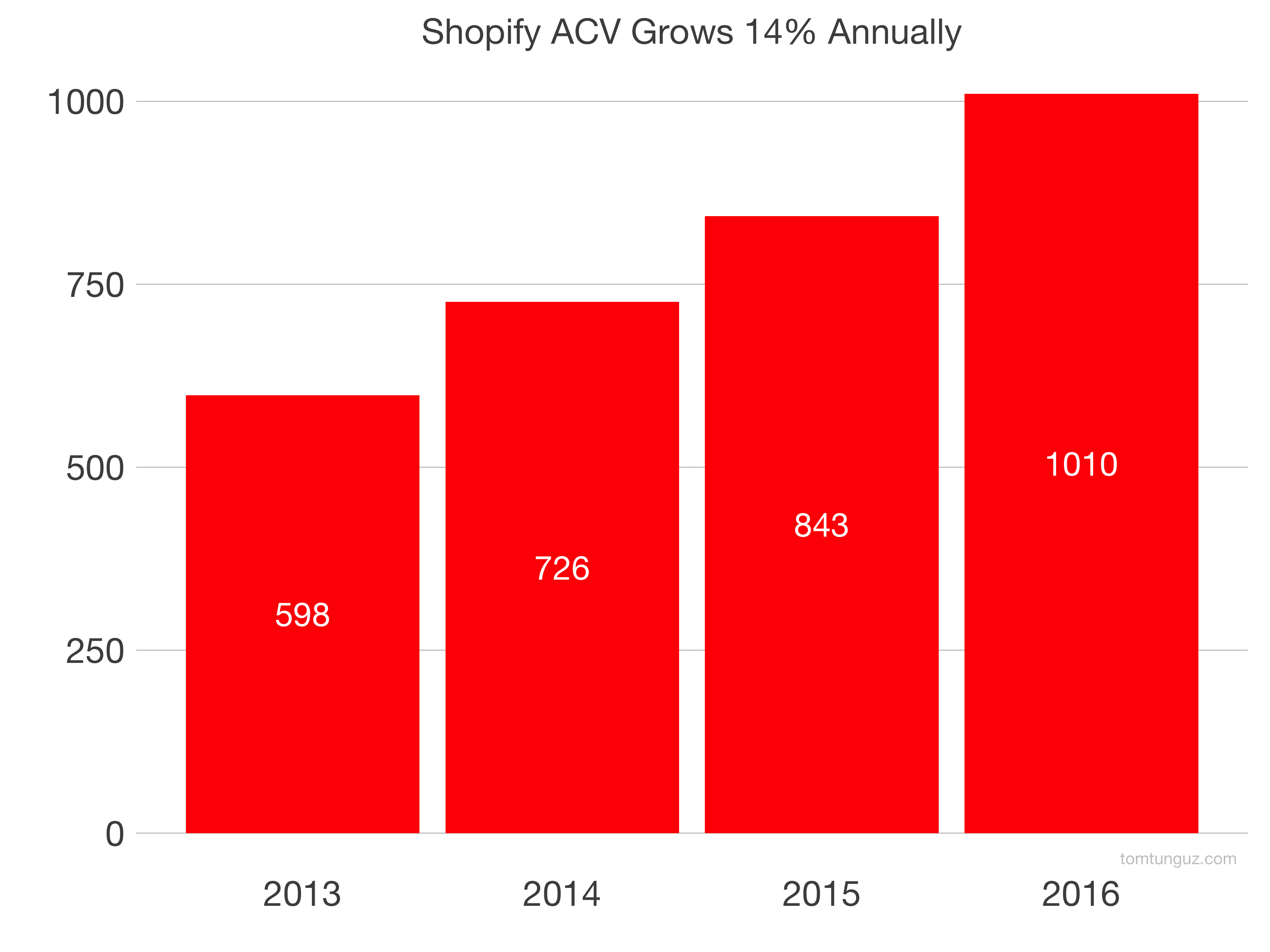 How are they able to sustain more efficient growth as they scale? The first reason is Shopify has been able to grow their contract value by 14% annually. The average subscription payment by merchant has remained flat over the past four years. 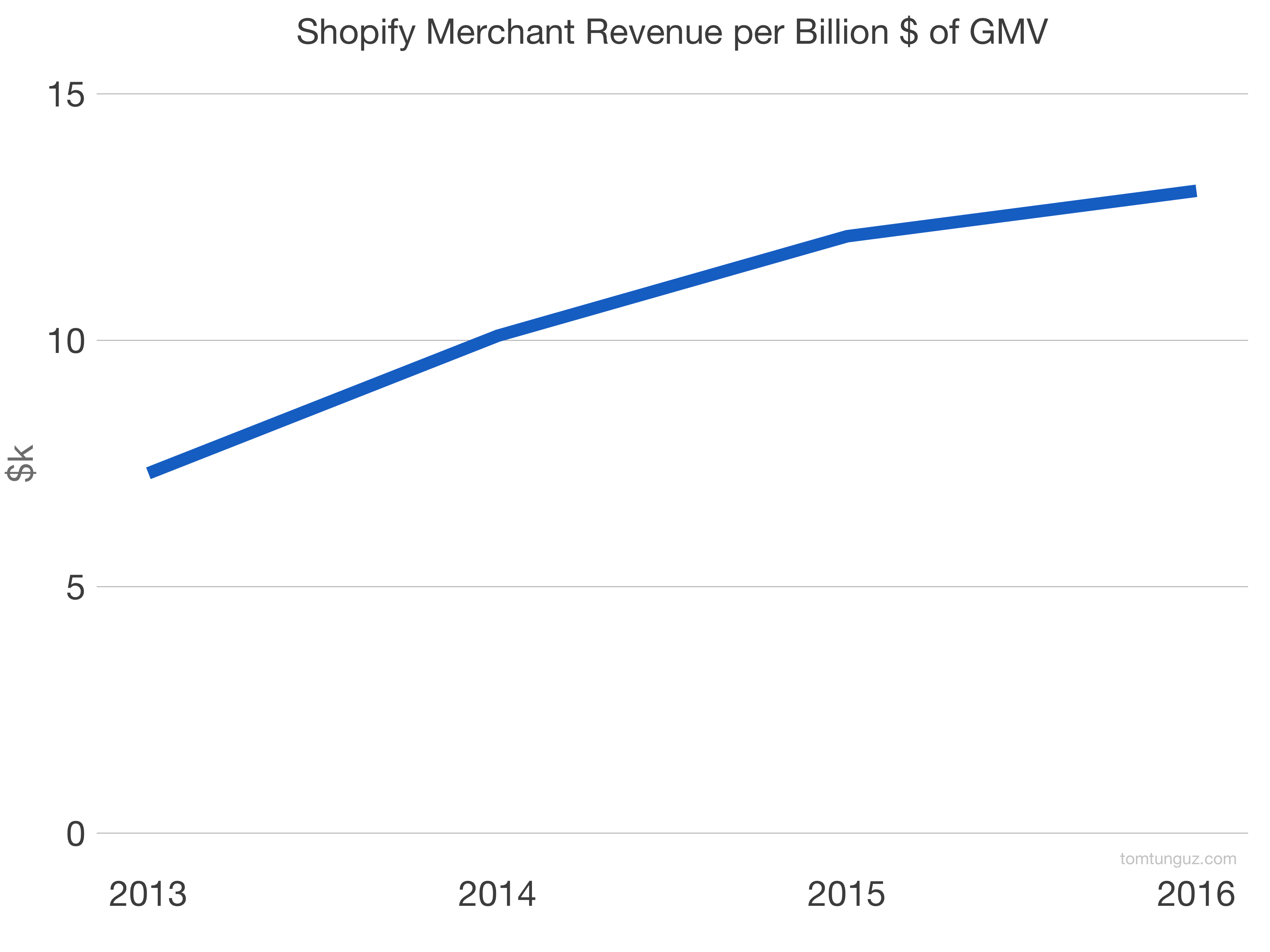 Instead of growing subscription revenue on a per customer basis, Shopify is capturing more share of GMV. The chart above shows the merchant services revenue generated per billion dollars of gross merchandise value by Shopify. You can see that figure has quite nearly doubled in four years. In other words, as Shopify merchants sell more, Shopify benefits Proportionately from the growth in GMV, but also at an increasing slope because they capture almost twice as much in fees as they have been historically. 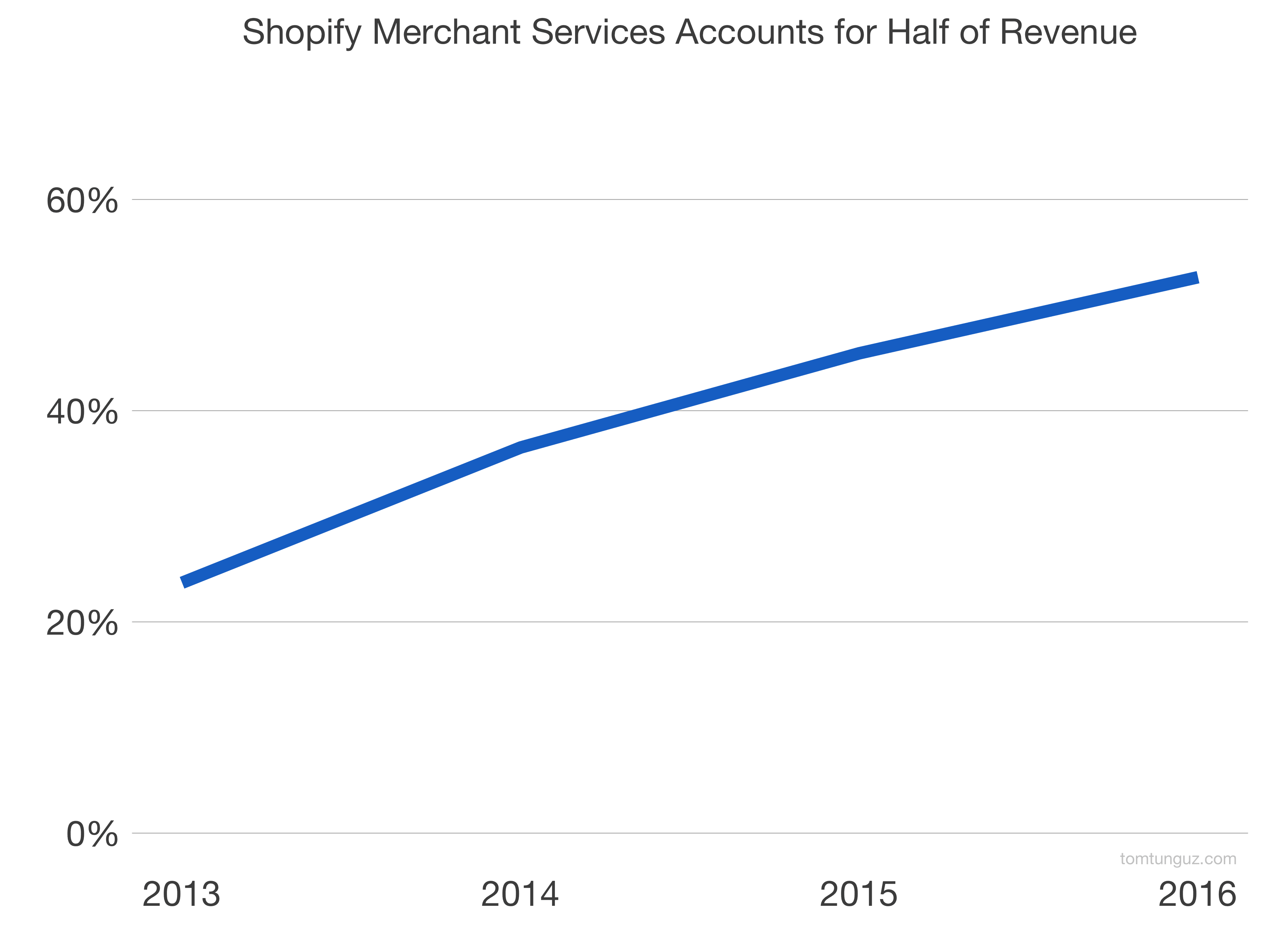 Shopify is in a league of its own when it comes to growth. The business exemplifies the pinnacle of a hybrid SaaS business, leveraging the initial revenue from subscriptions to build a massive GMV-fee business. In addition, Shopify achieves this growth with best-in-class efficiency.