The Optimal Seed Round Construction to Maximize Series A Success

Is it better to raise your startup’s seed round from only angel investors, or is it better to include a VC or two? Several founders on the precipice of launching their seed fundraising processes have asked me this question.

It’s a very difficult one to answer hypothetically because there are many different variables to balance. For example, VCs may invest larger sums than angel investors. The imprimatur of a VC’s investment in a company might help convince potential customers and recruits. But some might argue their money brings potential signaling risk.

So I’ve tried to answer the complex question using Crunchbase data from 2009 to today. Below, I compare and contrast the fundraising histories of about 3700 startups that have raised seeds. About 1/3 of these startups raised exclusively from “angels.” I’m using the word angels broadly; it includes individual investors, incubators and accelerators. The other 2/3s raised from a combination of sources but include at least one VC. The typical seed round with VCs has 1.6 VCs involved. I’ve filtered the data to look only at VCs who have invested in at least 50 companies during the past 5 years to ensure we’re only looking at truly active market participants. 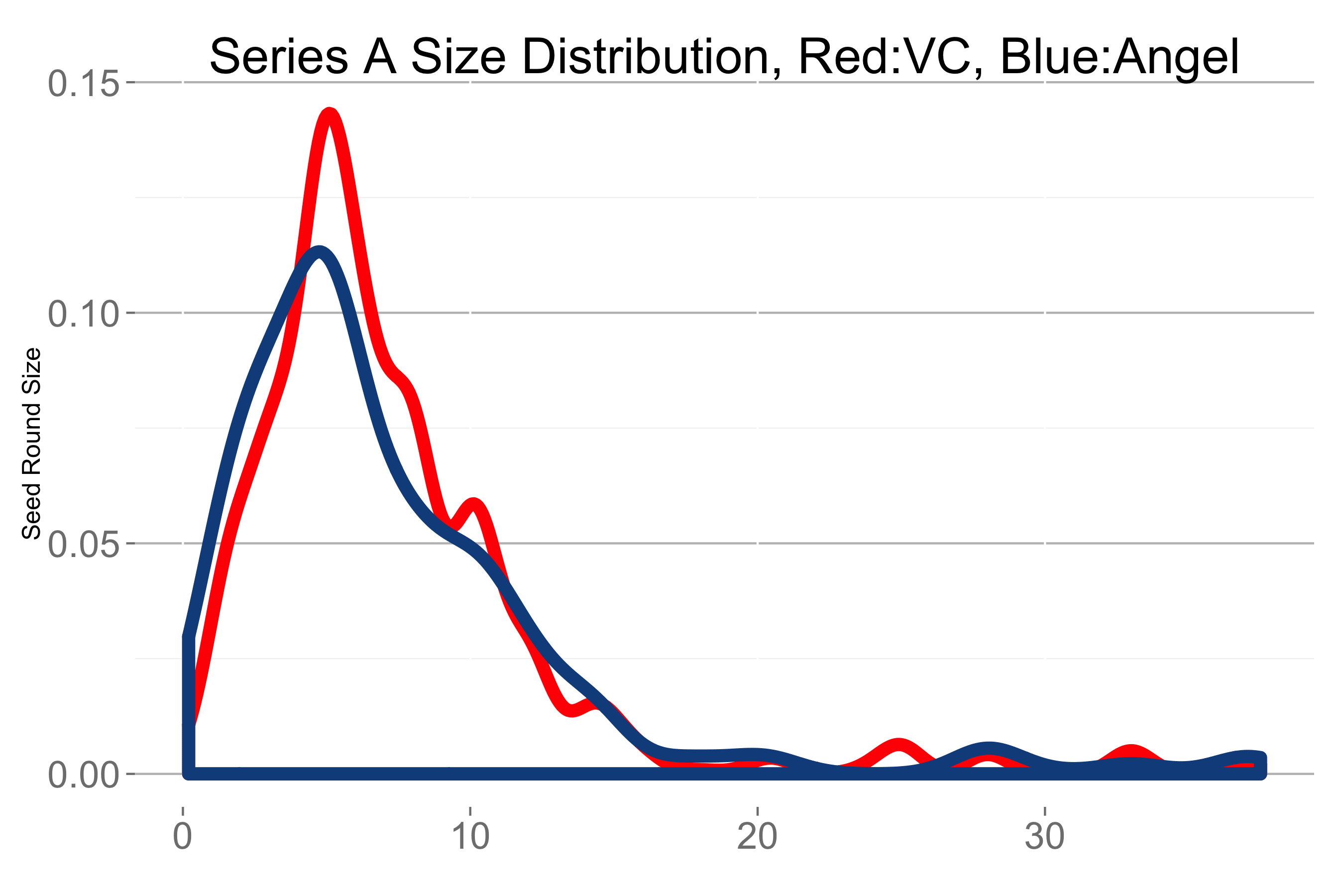 Now to dig into the signaling risk question. The table below contrasts the financing histories of VC-backed seeds as a whole with the 351 companies in the data set who raised their Series A from a VC participating in their seed.


This time, there are two important conclusions:

Raising larger seed rounds improve the odds that a startup will be able to raise a series A. It’s easier to raise larger rounds from VCs than angels simply because of fund size differences, but the source of the capital, whether angel, incubator or early stage VC doesn’t meaningfully impact a startup’s ability to raise a Series A at a market price. Nor does raising a Series A from a VC insider.

The Impact of VCs in Seed Rounds in Seven Charts