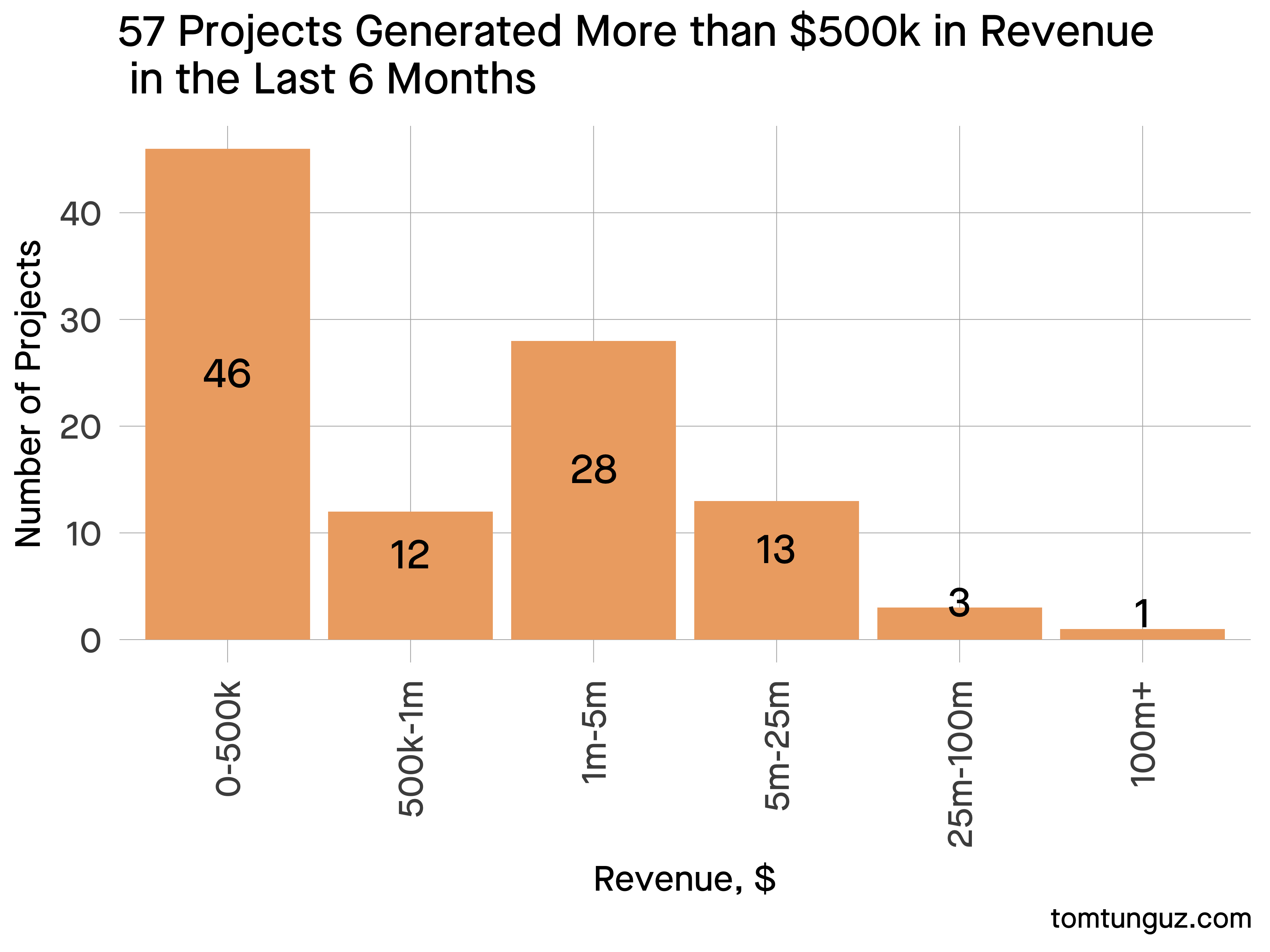 In the last six months, 103 web3 companies generated revenue on-chain, the smallest of which recorded a few hundred dollars of sales & the largest, Ethereum, tallied $401m.

The average software company operates at about 70% gross margin, so let’s assume a web3 company is similar. To simplify, we’ll assume the typical web3 company spends all of that cost of goods sold (COGS) on software - about 30% of revenue [1].

At a 10x revenue multiple, web3 software should support about $0.75b to $2.3b in startup market cap. Depending on your view on web3 revenue growth, a 10x multiple might be high or low. 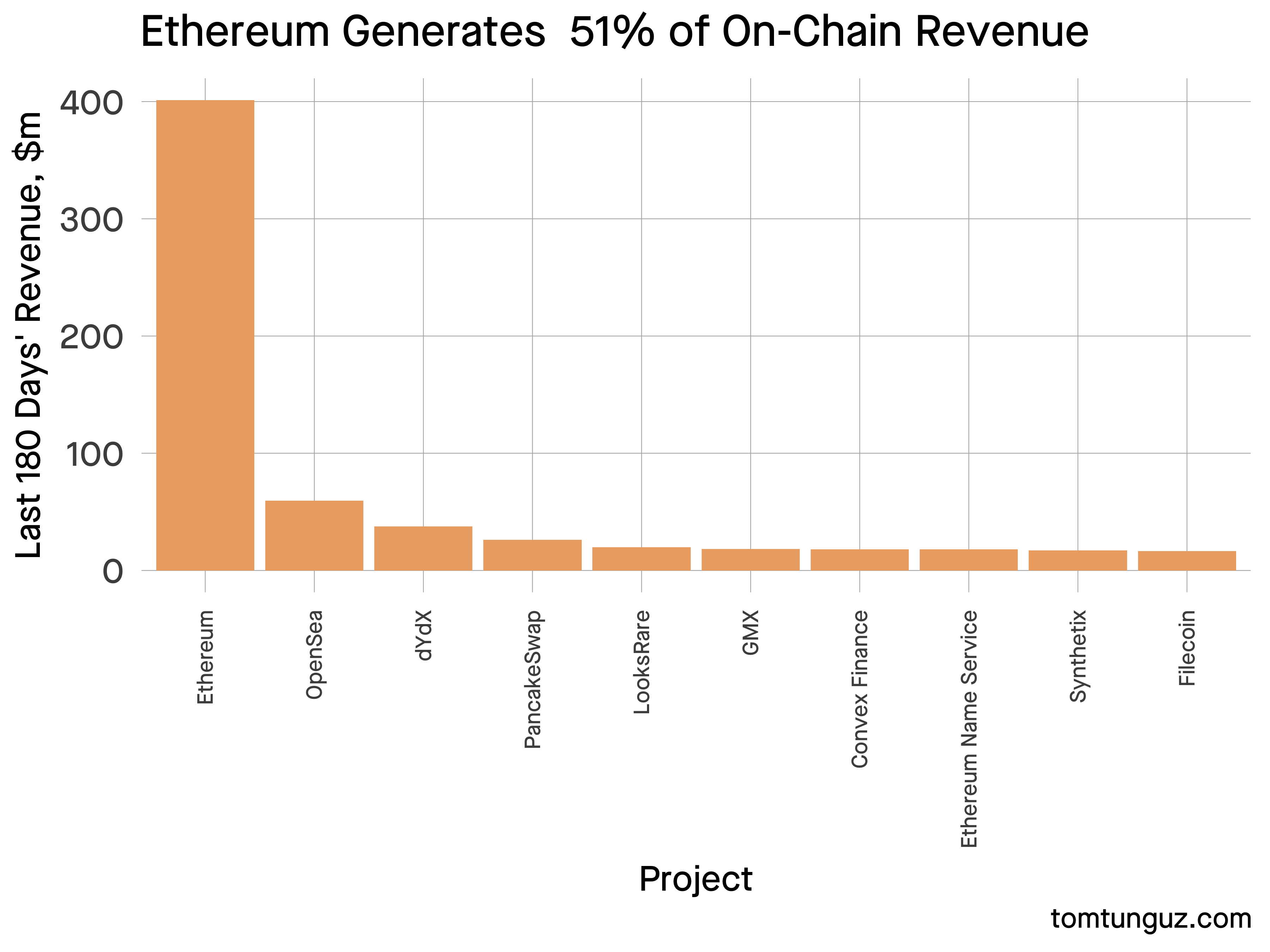 The limited number of potential customers challenges web3 vendors. With fewer than 100 accounts willing to spend $20-50k on a software contract, every interaction is precious, especially those larger accounts which dominate revenue.

To contrast with web2, Salesforce counts 150k customers in a market of about 650k who spend $57b annually. This is just the web2 CRM market.

A $30B Software Company from a $15m Investment