What is the difference between web2 & web3, really? Yes, there are tokens and initial coin offerings and drops and discords. But, today, they resemble each other quite a bit. 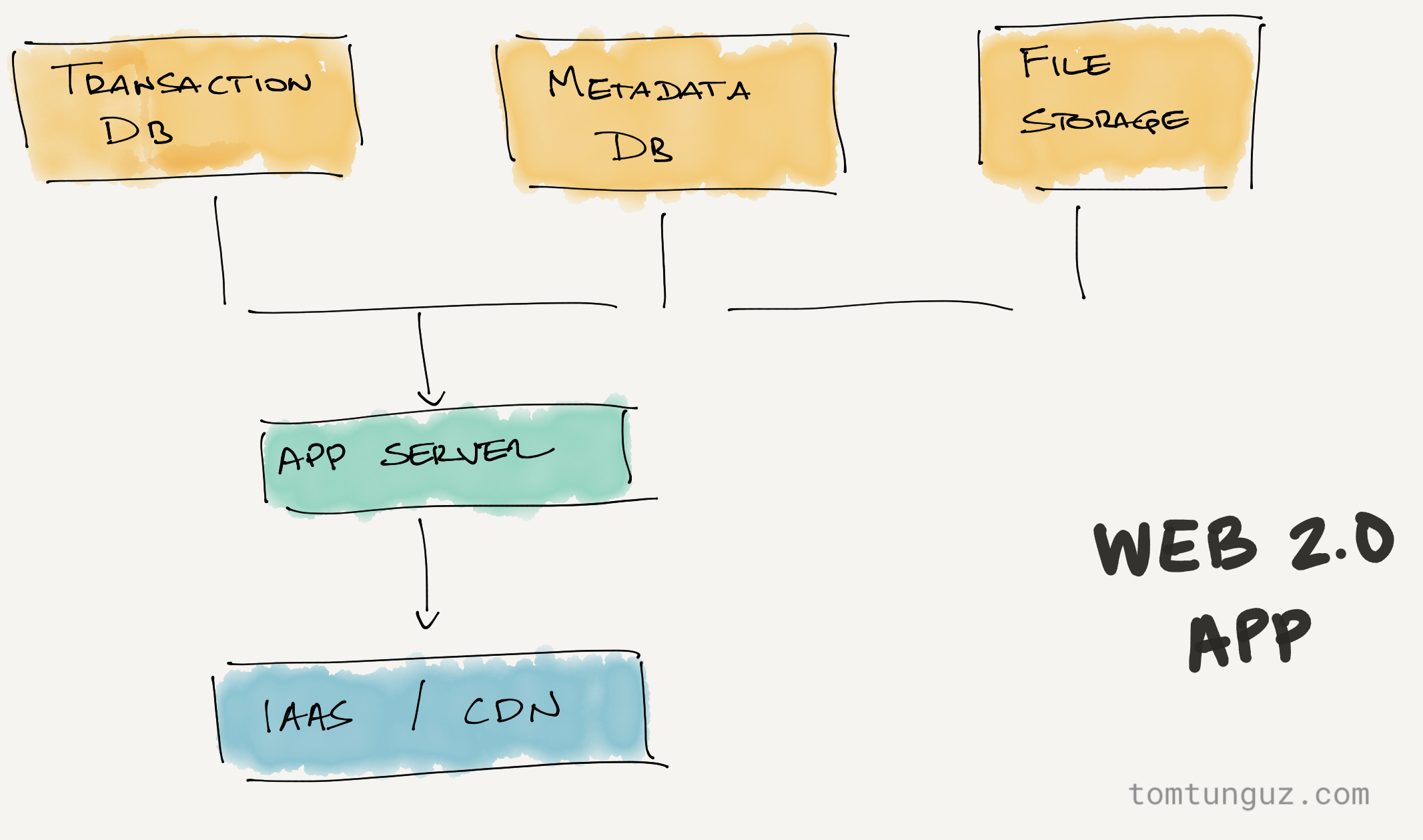 Imagine a startup that sells sports cards. A web2 architecture for this app would have five parts

Compare this image to a web3 architecture with the web3 parts in red. 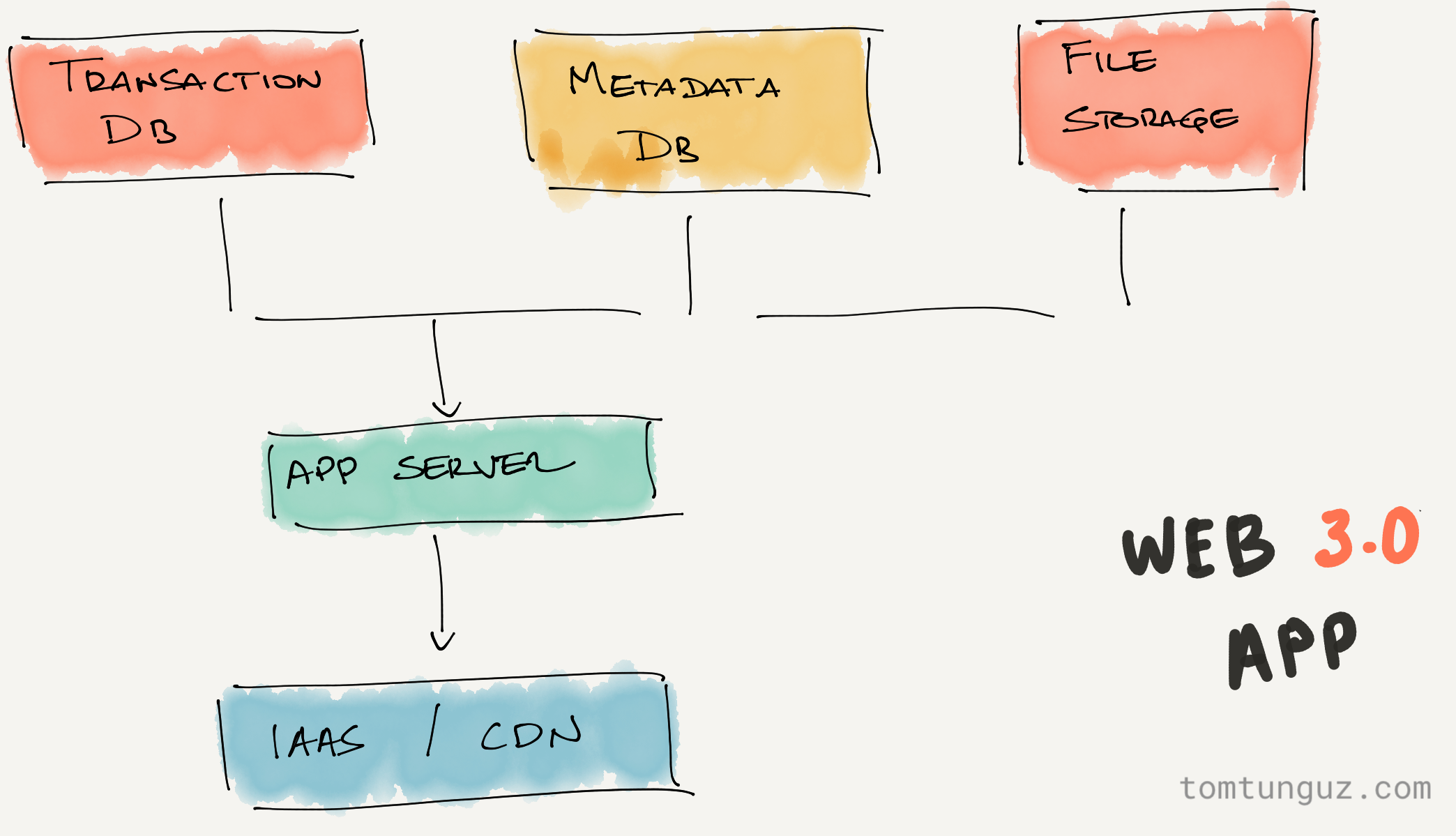 Only the transaction database & the file storage changed color.

We swapped the transaction database from PostGres to a blockchain like Ethereum or Sui, and the file storage from AWS S3 to a decentralized storage provider, perhaps Filecoin or ArWeave.

Makes me wonder: If the database APIs were the same across web2 & web3, would developers or users notice?

The remaining parts of the stack haven’t been recast as decentralized services, yet. Perhaps they will be.

For now, the transaction database remains the most critical decentralized component. That’s enough to confer the benefits of decentralization to users, while giving engineers the tools to build a functional app.