Earlier this week, the Commerce Department announced US GDP in Q1 2014 fell by 3%, the most in a quarter since the recession. I’ve linked to the WSJ’s chart depicting the trend above. The decline was 3x greater than forecasted. Silicon Valley seems unfazed.

As I wrote about earlier this year, we’ve seen a decline in the public markets of about 25% in consumer stocks and 45% in enterprise stocks. But since that time, public tech companies have witnessed a small recovery. Both enterprise and consumer companies are up 18% from their 10 month lows. 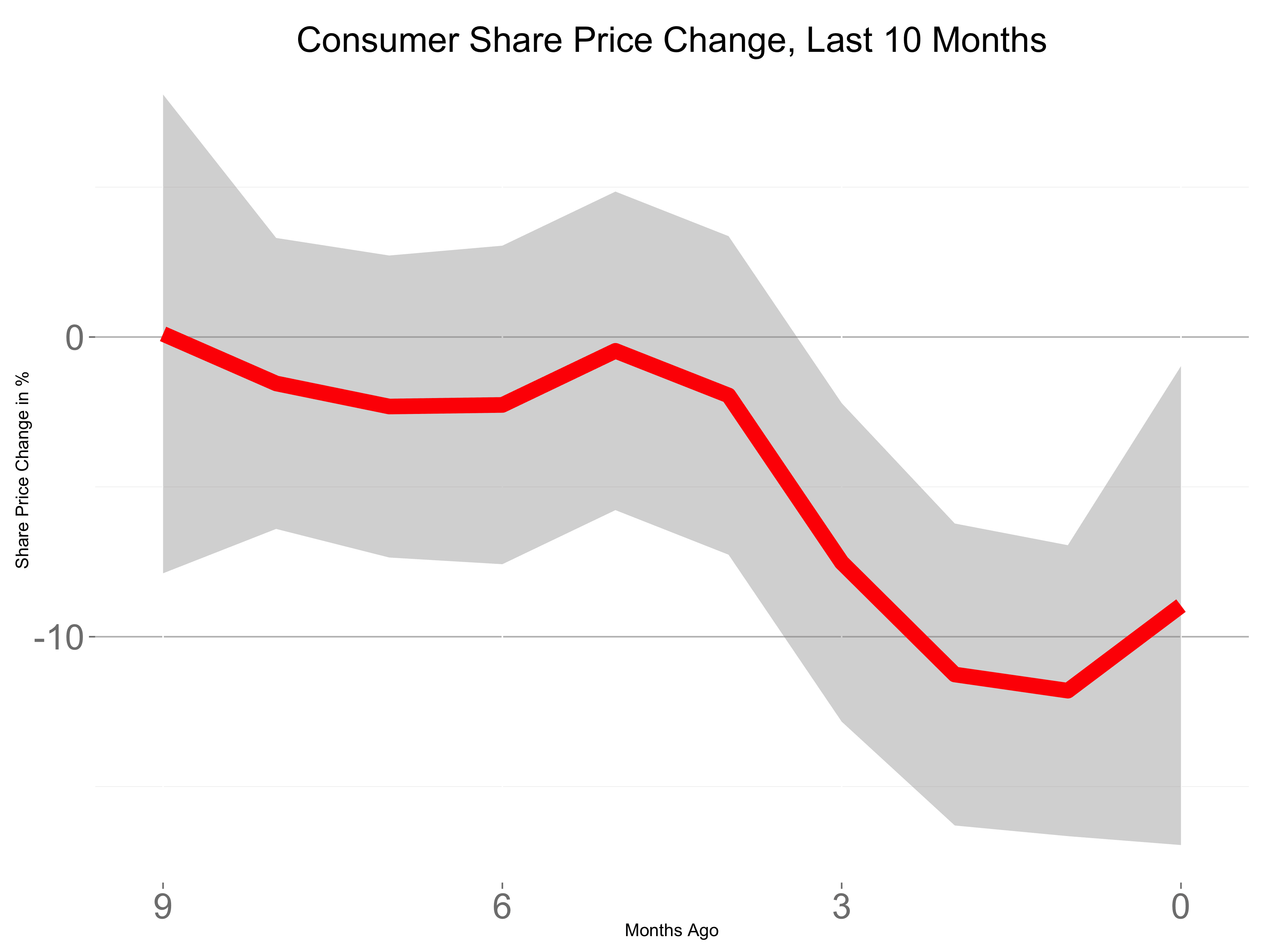 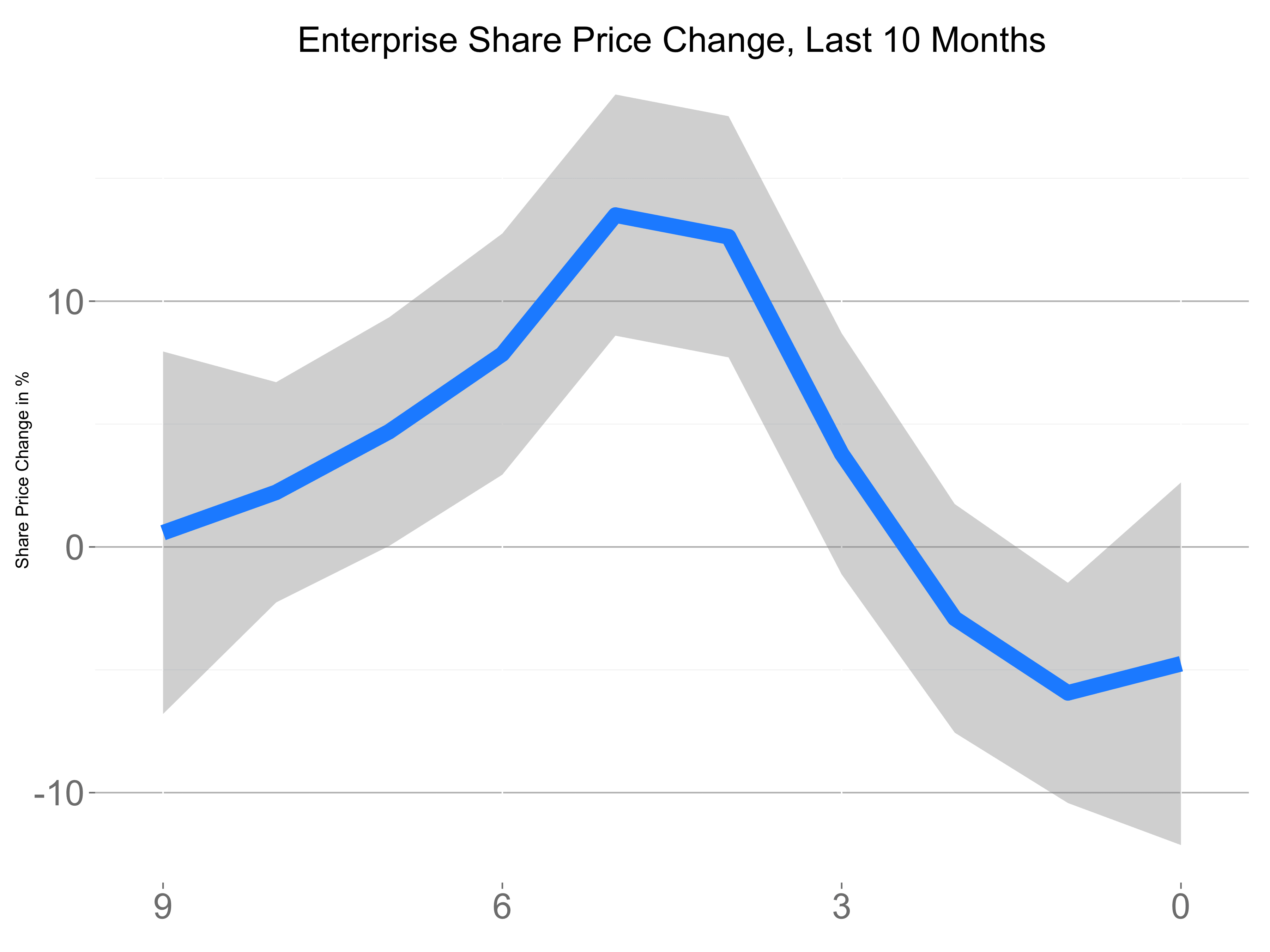 The businesses created in Startupland are real companies, generating meaningful revenue, growing quickly and changing industries. Despite large institutional investors cycling out of growth stocks and into value stocks, which caused the April decline in many names, tech is booming and as a result, seems to be insulated from the broader economy.

If you’re curious about the movements of individual names over the past tens months, the share prices for the roughly 50 companies across both baskets are below. 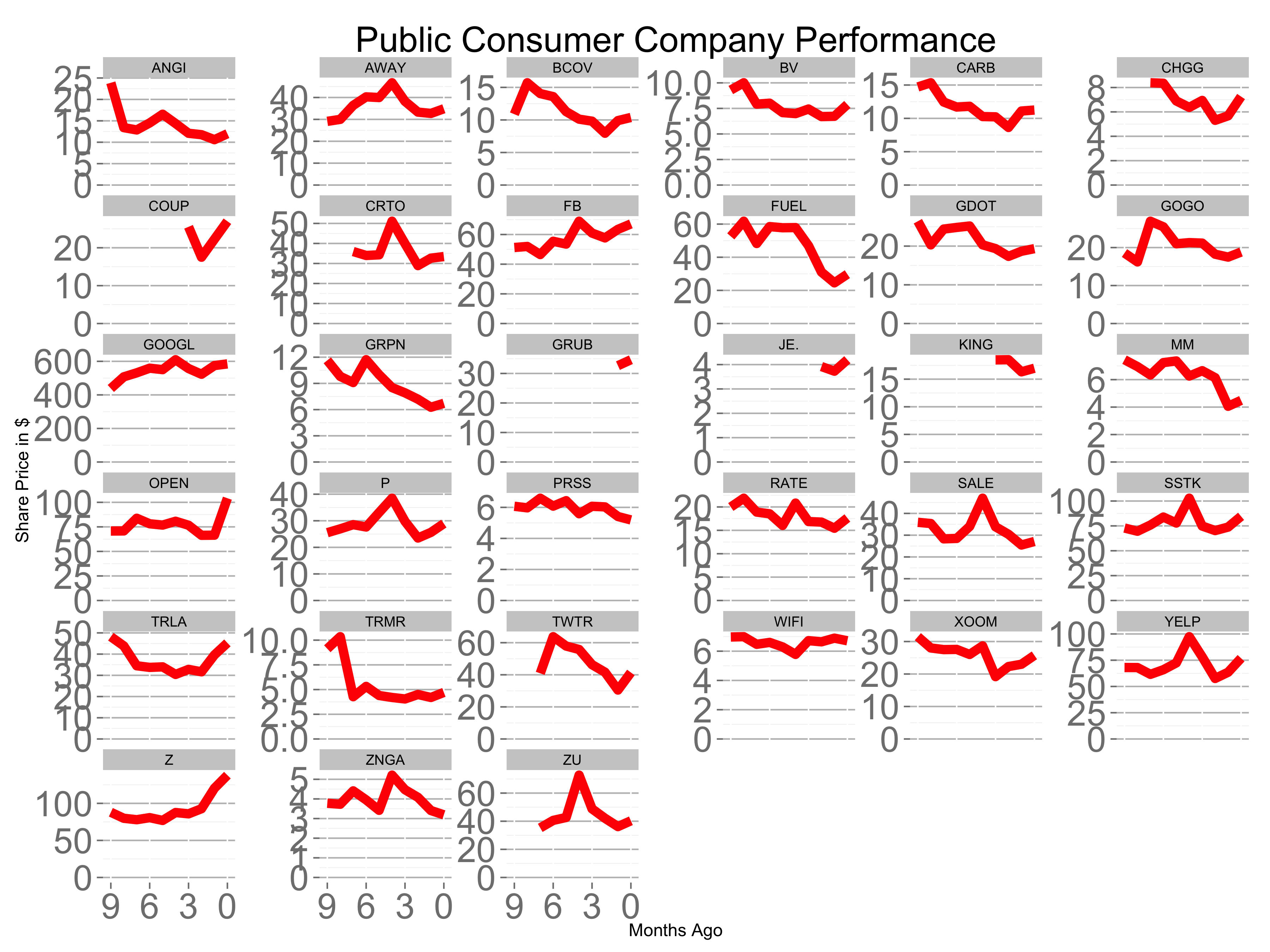 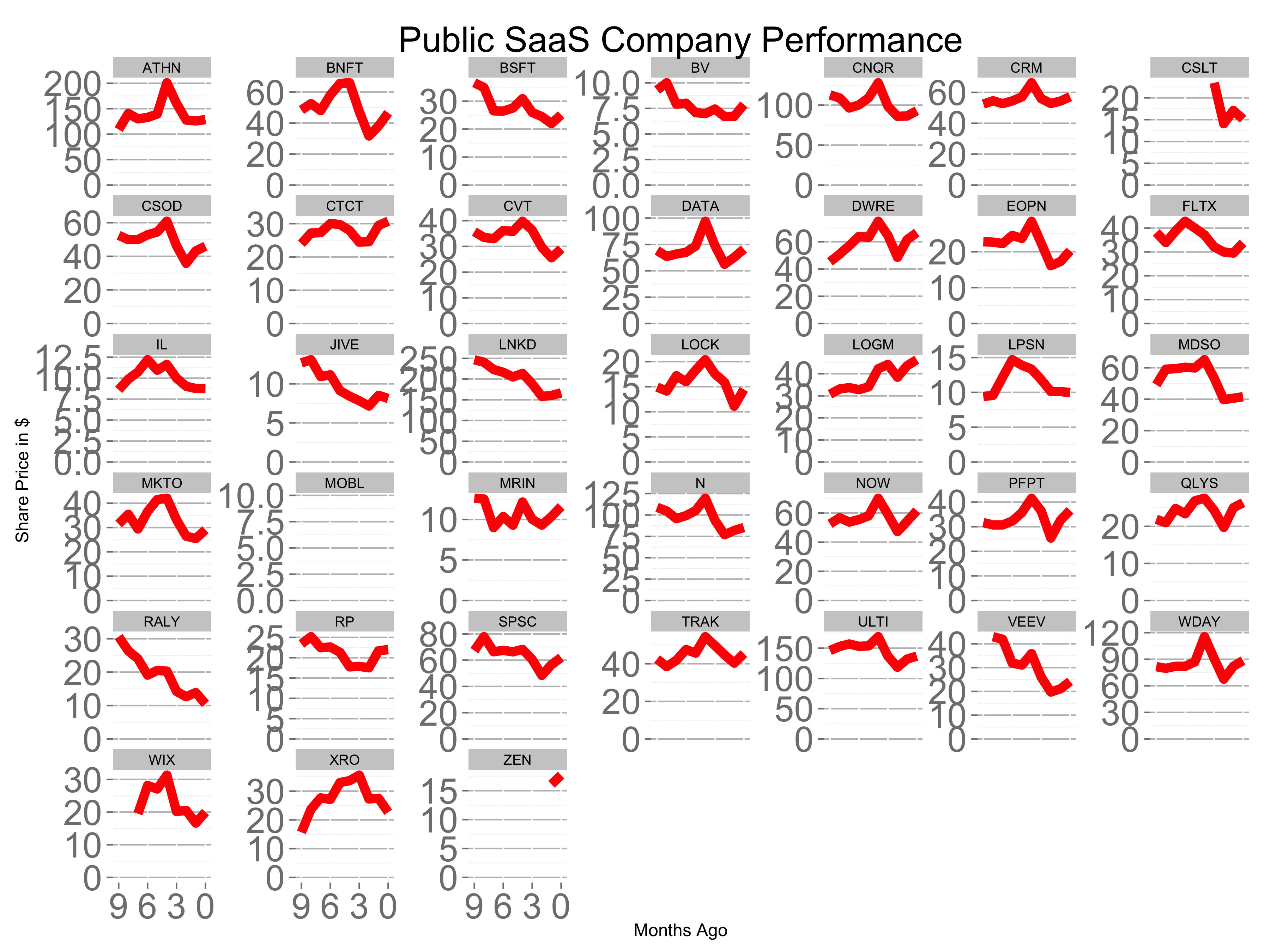