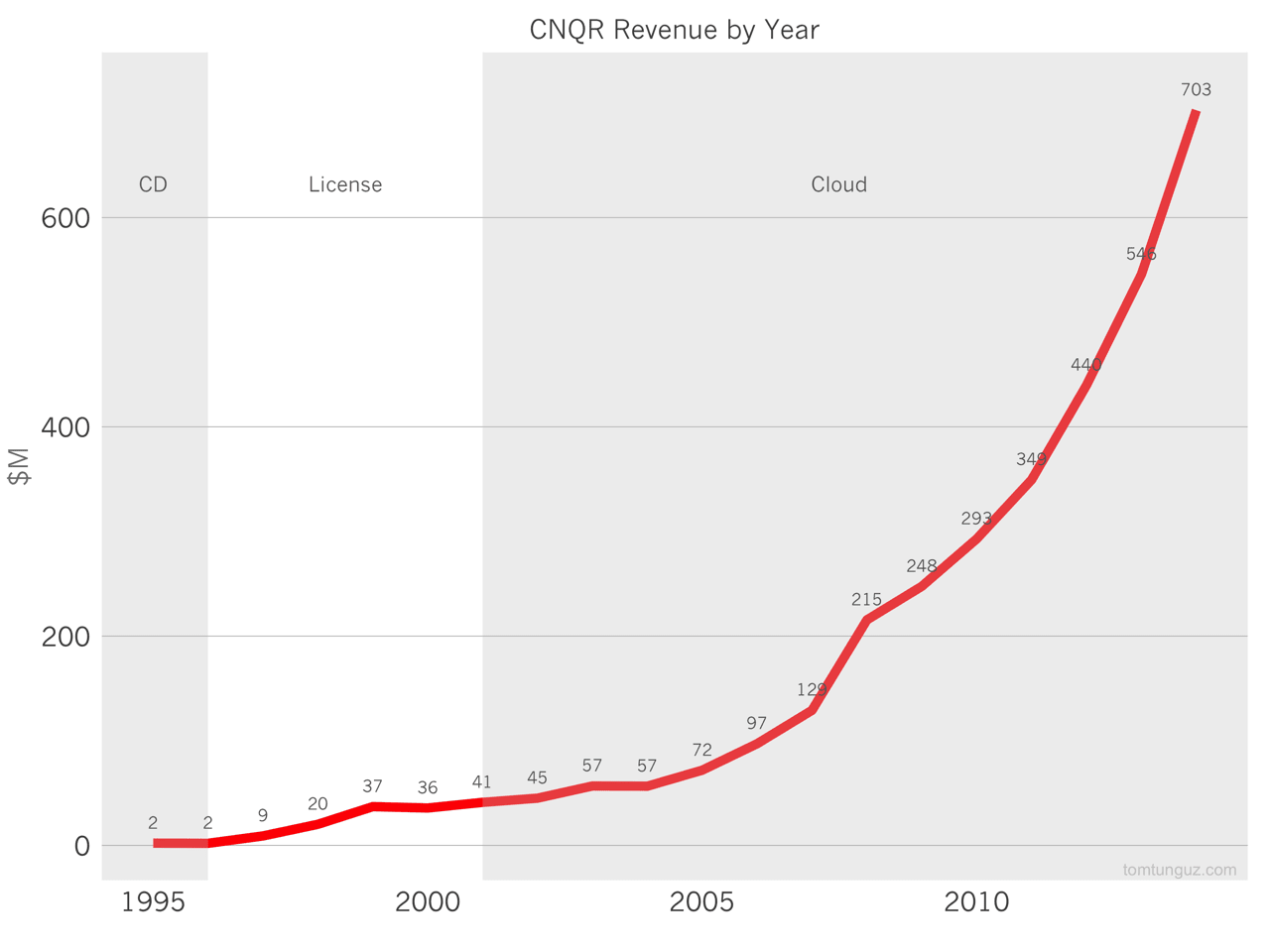 The first SaaS startup started as a packaged software company. After selling floppy disks and CD-ROMs of expense software in computer software stores, the company changed models for the first time, and sold software licenses directly to enterprises. The company went public on this model in 1998. But soon after the crash of 2001, the startup’s market cap totaled only $8M.

So the business evolved again and became a pure SaaS business, selling software accessible to anyone with a browser. Thirteen years later, the company generated more than $600M in annual revenue in 2014 and sold to SAP for $8.3B in the largest ever SaaS acquisition, and it is one of the very few SaaS companies ever to achieve both positive revenue and cash flow break-even. That company is Concur, the travel and expense business.

SaaS history isn’t very long. But Concur’s story stands out as a seminal journey for a few reasons. First, the company’s founders persisted and persisted, and ultimately built a category defining company. Second, Concur’s history provides a mechanism to contrast the license software and a SaaS business models.

The chart above plots Concur’s revenues through its three eras, starting in 1995 through 2014. Each era (CD, License, Cloud) is shaded. The company generated about $2M in revenue as it switched to its licensed software business. Then Concur quickly grew to about $41M over the next five years, before the transition to selling SaaS in 2001. Concur completed the full transition to cloud by 2005. Then the company’s revenue skyrocketed to more than $700M in 2014. 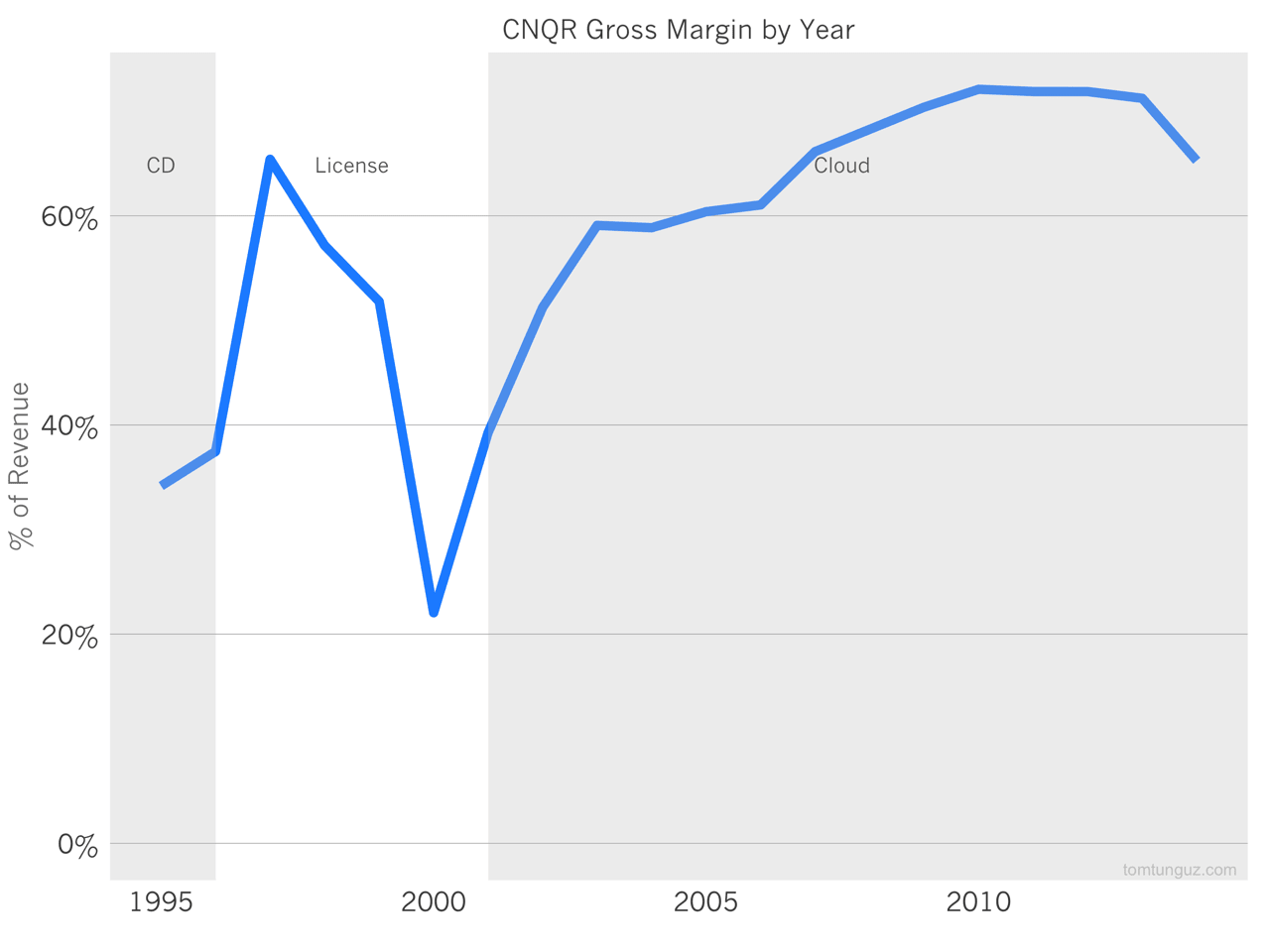 Concur’s gross margins were highest late in its Cloud era. In the CD days, the costs of writing the software on disk, packaging, shipping, stocking the boxes, and the commission paid to the retail store depressed gross margins to below 40%. The license model increased gross margins to better than 60%. Professional services (training and customization) represented the majority of cost of goods sold (COGS) for the business during the License Era. In the Cloud Era, the economies of scale powered the company to achieve all time gross margin highs in 2010 of about 72%. 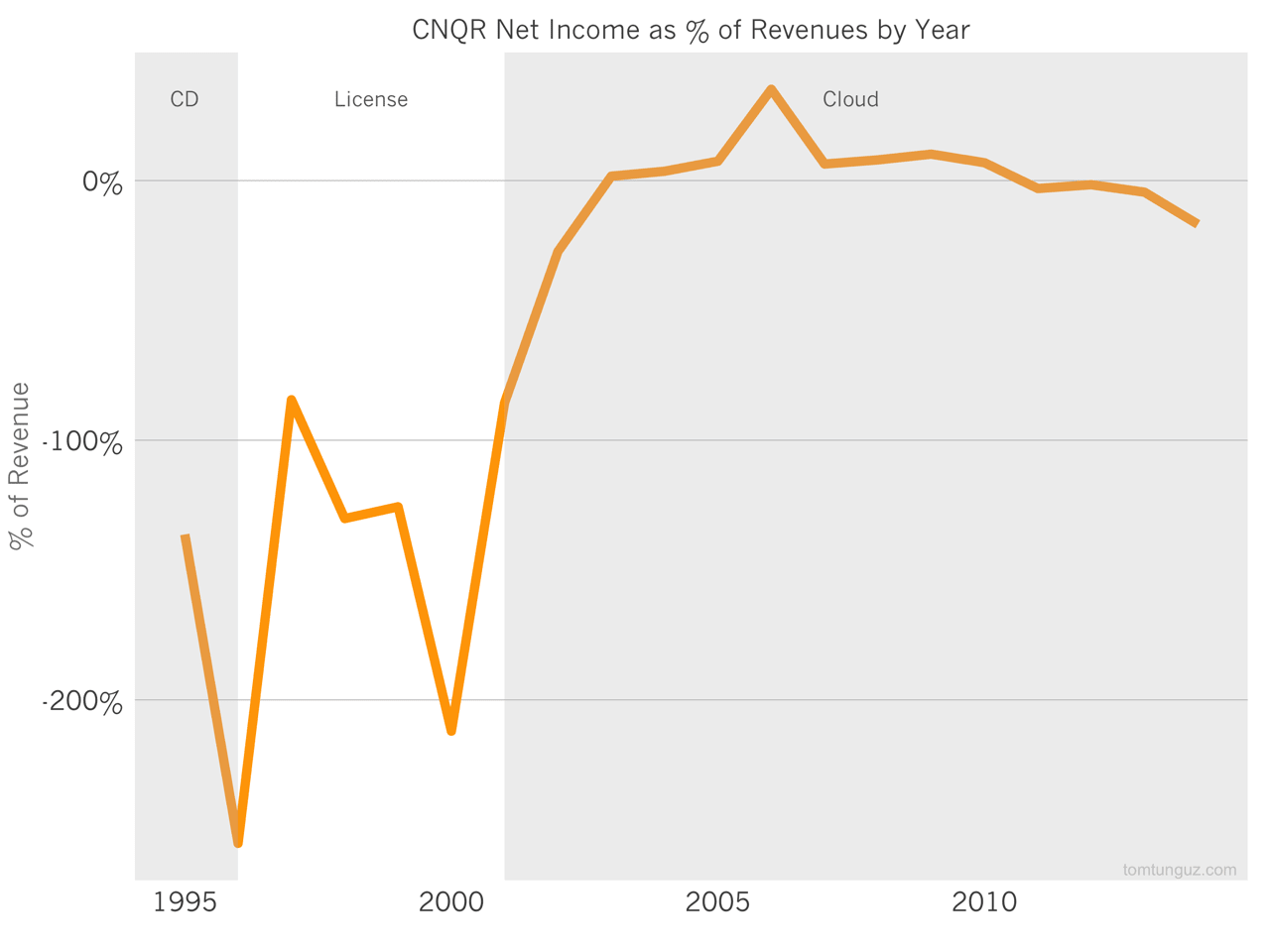 Let’s shift to profitability (net income). Concur’s transition to SaaS transformed the business from one with a less than -100% net income as percent of revenue, to a net income positive business. 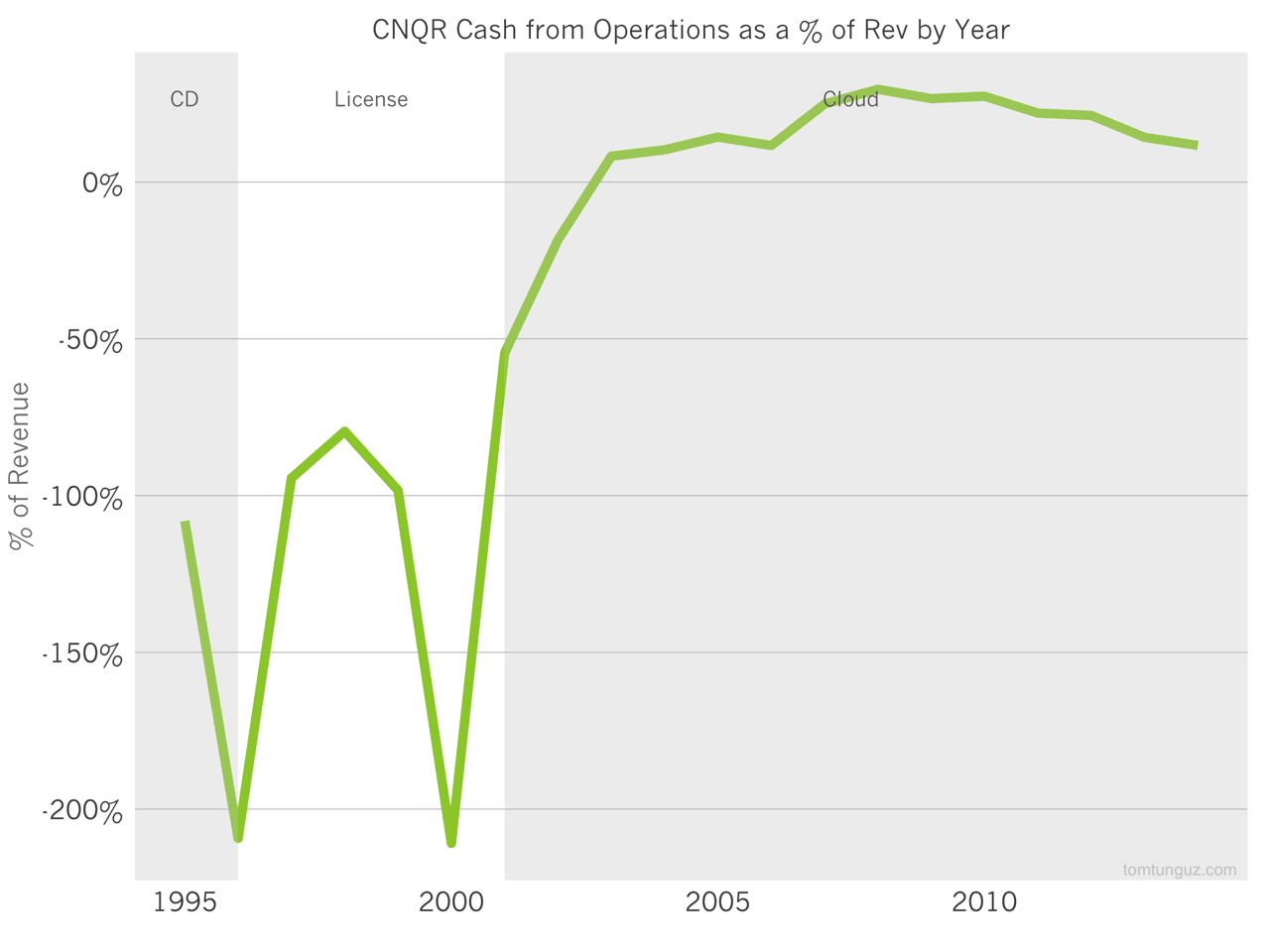 At roughly the same time, the business became cash flow break-even (CFBE). Achieving both CFBE and positive net income is no mean feat, and it’s a testament to the strength of the company’s business model and the discipline of the management team.

I spoke to Steve Singh, the founder and CEO of Concur, about the company’s history, and he told me, “We decided it was not good enough to to be cash flow positive. We also wanted to be profitable. It forces a great discipline on the business…Operating at a profit brings to light all the things that we are not great at. If we can focus on our weaknesses alongside the things we are great at, we will become impossible to beat.”

Very few companies survive one major business model evolution. Concur is exceptional for thriving after two of them, recording exceptional financial performance, and for being a founder-led business from the beginning.