The Health of the US Venture Market in 2020 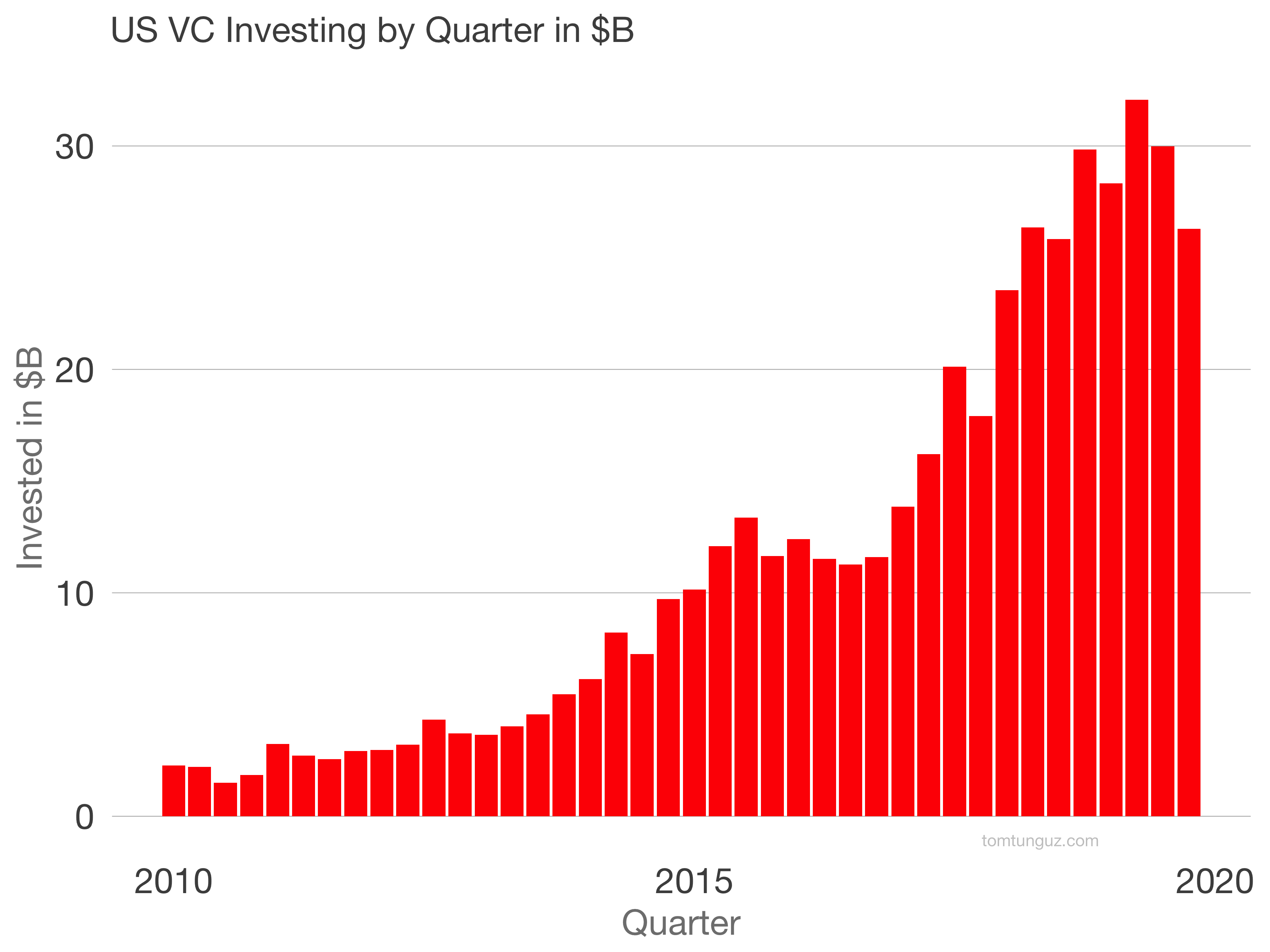 We are 12 years into the longest bull market in US history and this bullishness has powered the venture market. Investors deployed $117 billion in 2019 up from $106 billion in 2018.. This market has grown 20% over the last five years. It’s been go, go, go for nearly a decade.

However, Q4 2019 saw meaningful dip from Q3, but it’s too early to say whether it’s an aberration, or the beginning of a longer-term trend. 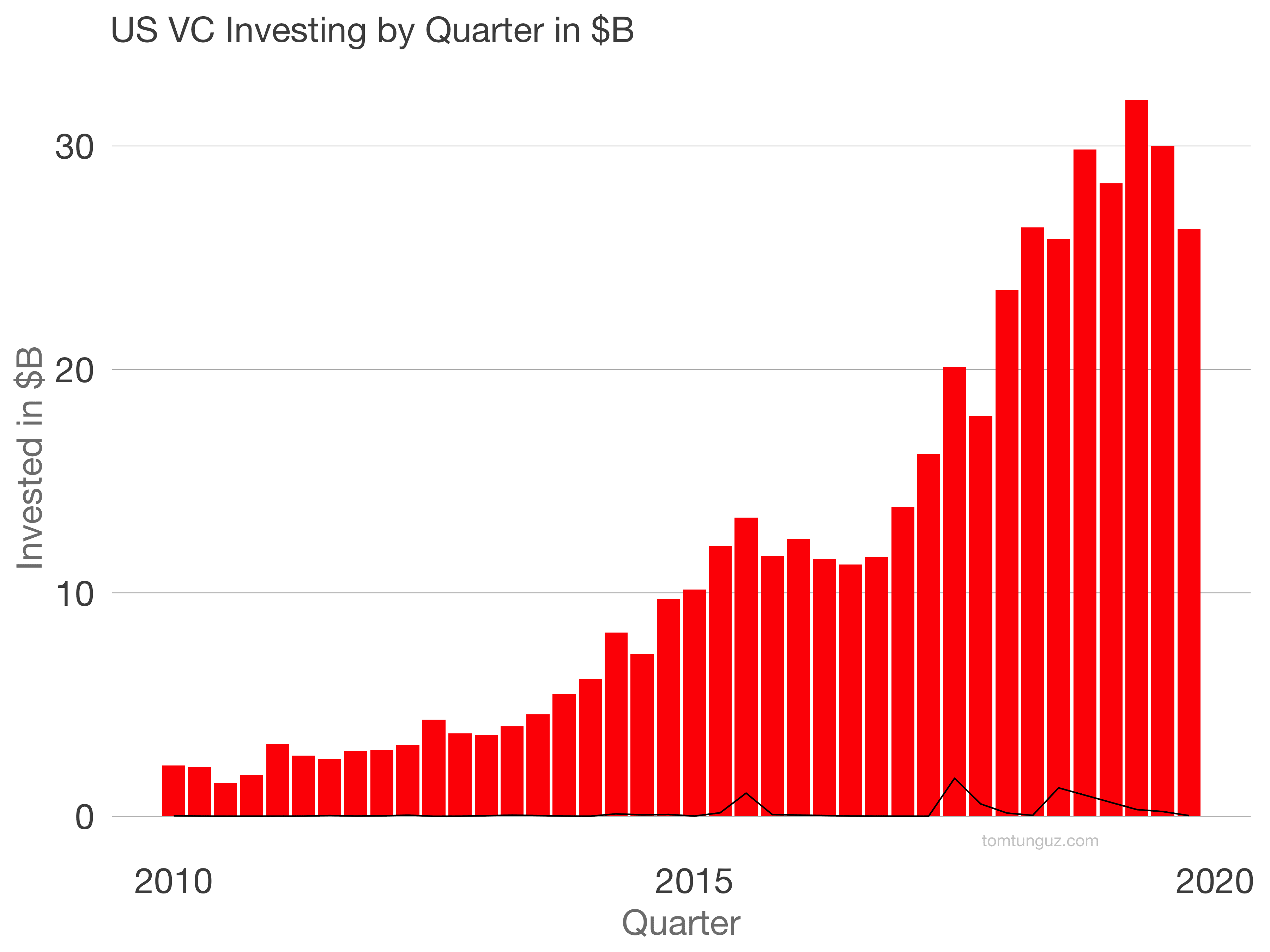 I wondered if Softbank’s changes in investment strategy had much to do with it, but as the chart shows, they were not a meaningful contributor. Their investment is marked in the black line. 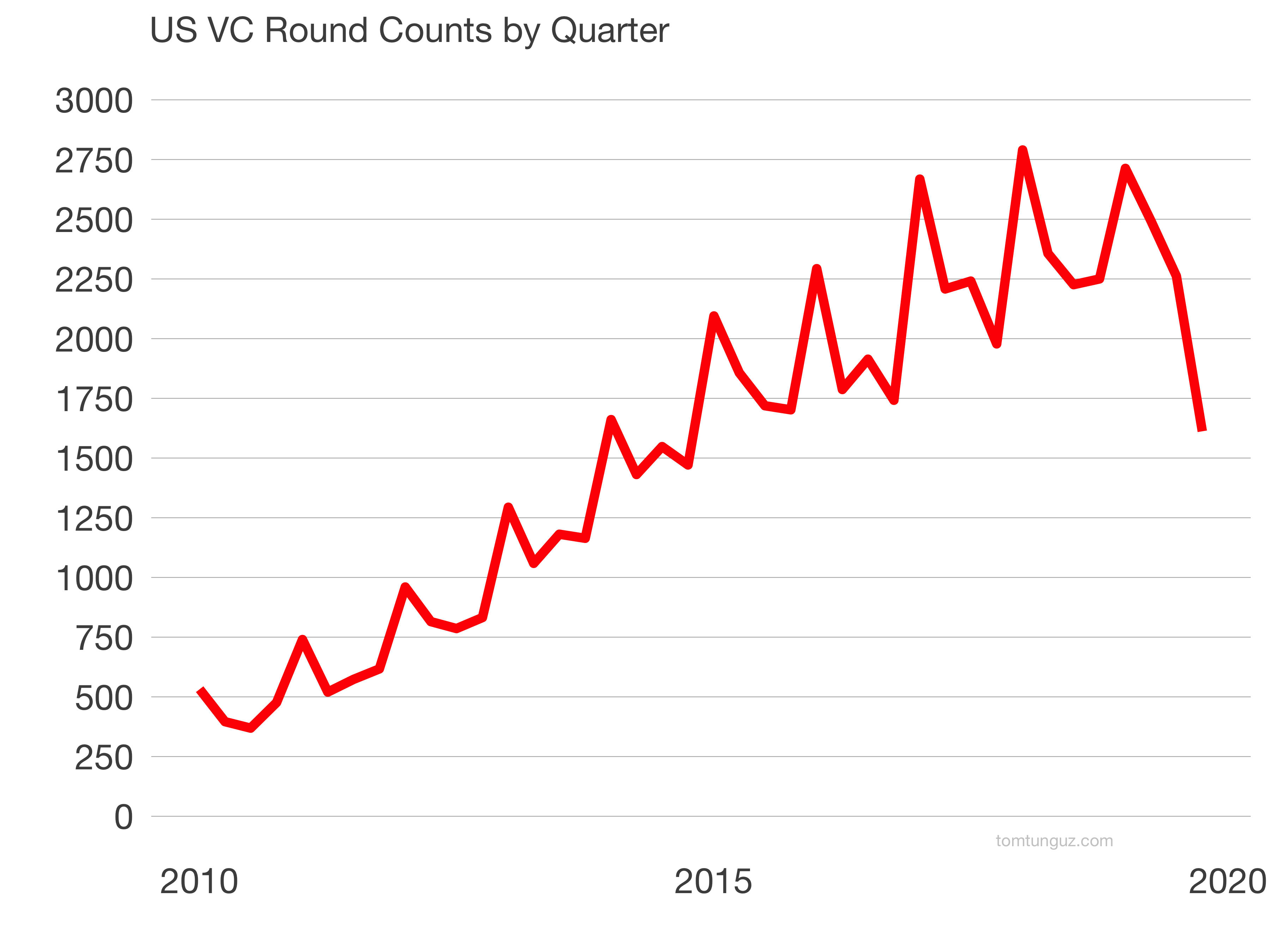 The total number of rounds is a much more meaningful contributor. Since 2010, the number of round by quarter has followed a periodic growth, with consistent seasonality. That pattern of regularity broke in Q4. Typically, round counts in Q3 and Q4 are relatively flat, but in this case, we saw a reduction from approximately 2250 rounds to 1600 rounds, a decline of 29%. There may also be a recording lag in that some of the rounds completed in Q4 haven’t been announced yet. 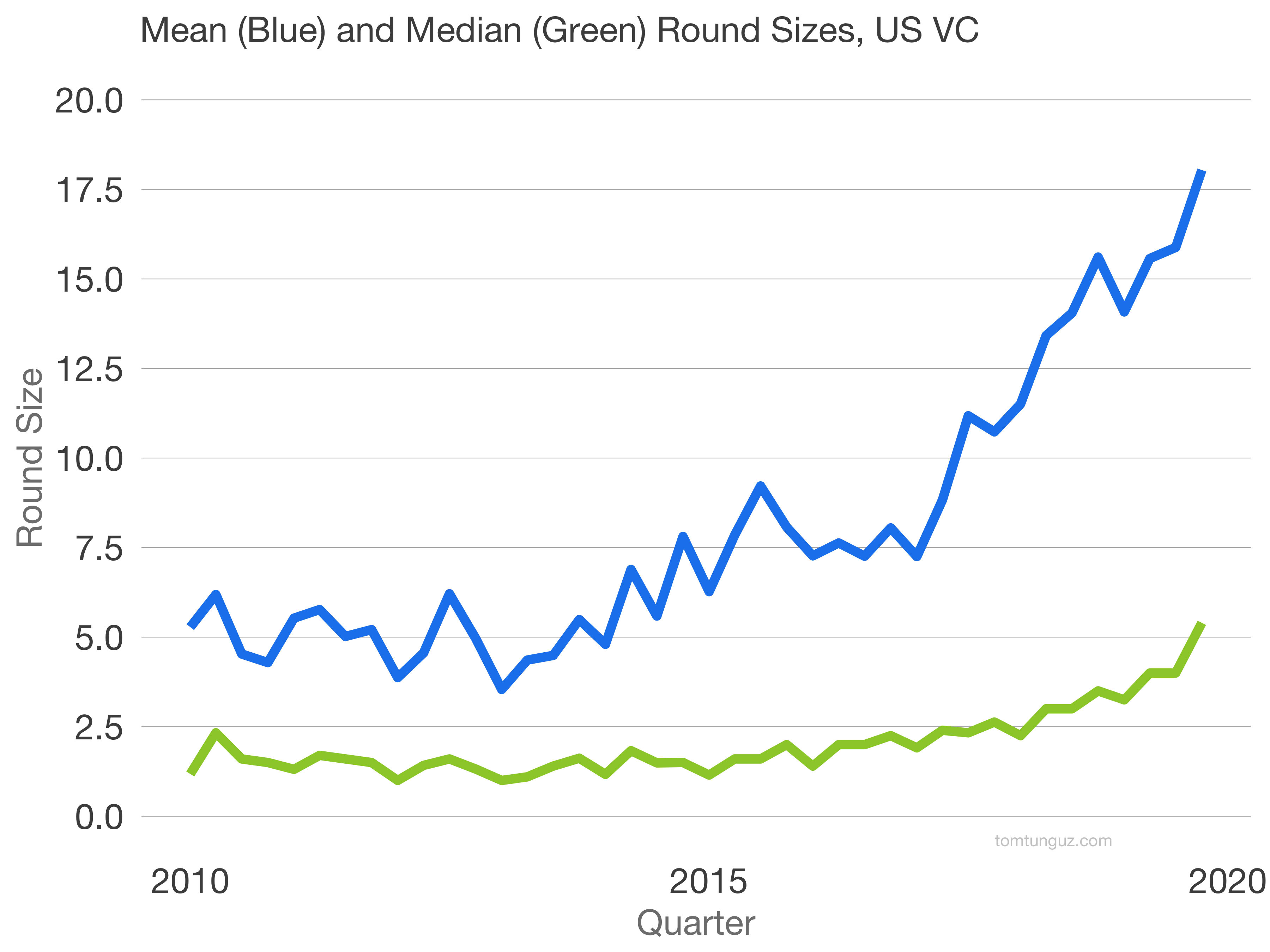 The mean and median round sizes tell some of the story. Mean round sizes have increased from 5 million in 2010 to 17.5 million in the last 10 years, across all rounds. A decrease in the number but an increase in check sizes means large around sizes for fewer companies, presumably, the clear winners in a category.

As the bull market continues unabated after an incredible 2019, political uncertainty mounts in the face of an election year, and new geopolitical risks emerge, perhaps we are seeing the beginnings of more cautiousness in the venture market. However, you couldn’t characterize the venture market as conservative today with a straight face.

Looking at where we are in terms of valuations, round sizes, total dollars deployed, and almost every other metric, the venture market today is at least close to if not the most ebullient venture market on record.

So, when does it change? No one knows. The sentiment in the valley continues to be positive and until investor confidence changes, I don’t foresee the trendlines deviating materially.

There are certainly more questions being asked of technology than in the past. There is broad anti-tech sentiment in politics and in popular culture. Softbank’s turbulent 2019 was one of the key topics of the year. Gross margin was the defining characteristic of successful IPOs, and direct listings certainly made a splash last year.

The real and more important question is what to do in this market. That answer never changes: build businesses prudently and finance them when you can at reasonable valuations so the company can grow into them over time.

B2B vs B2C: How Should Your Sales Team Be Allocated to Maximize Success?