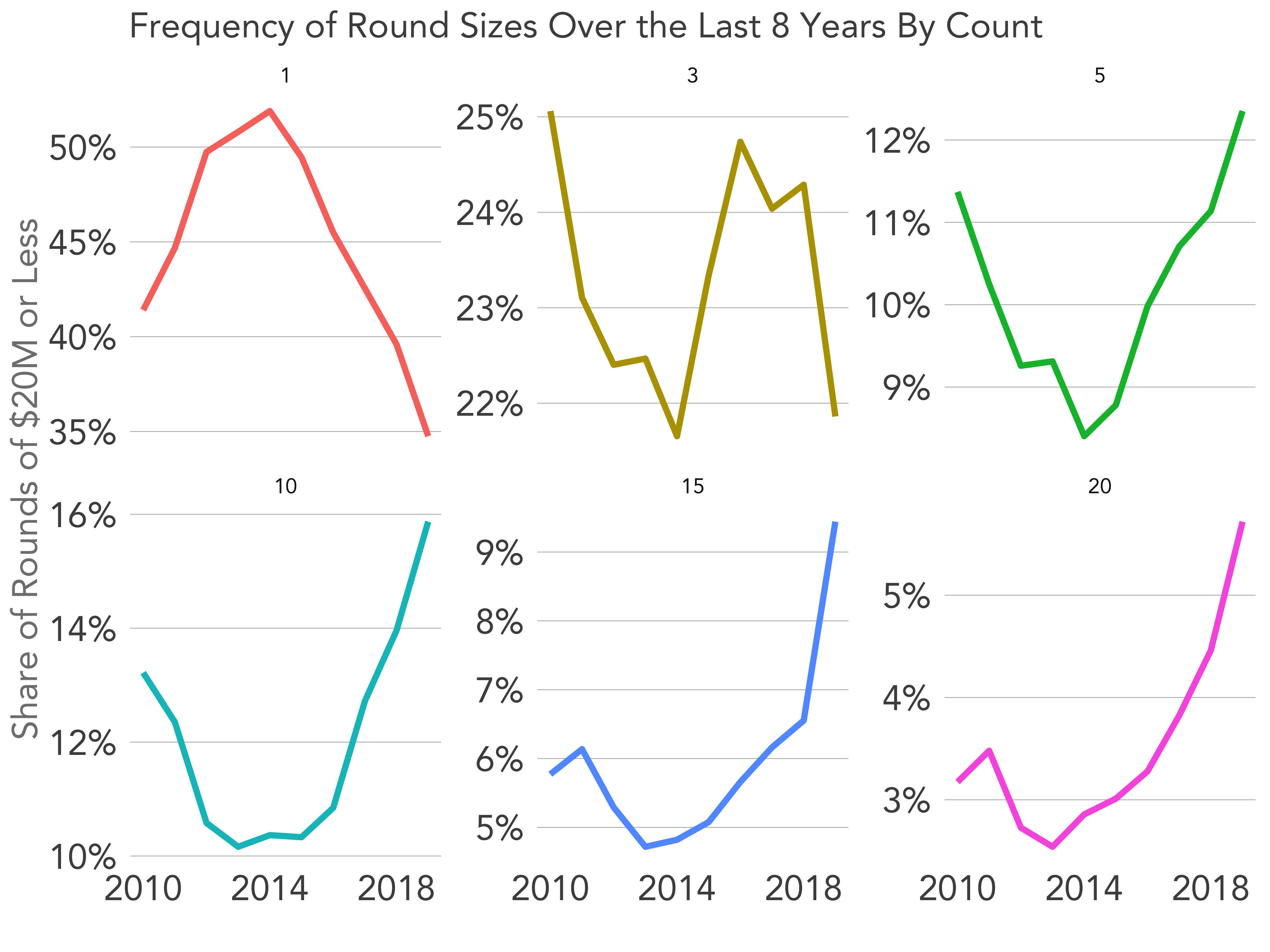 We’ve all seen the data on the average increases in round sizes over the last four or five years. Startups are able to raise larger early rounds because of the financial environment.

One way of thinking about the early-stage fundraising market is as a collection of financial products. In 2008, there was a $5M series A product and a $10M series B product. Those were the most popular. As I’ve written about before, there’s now a continuum of financial products available to startups at the early stage.

The relative market share of each of these financial products has whipsawed in four years. The chart above shows the share of the market of each financial product by count. The top left chart shows a $1M round had about 41% market share in 2010; that grew to about 54% in 2014; now it has fallen to 35%. The $3M round has suffered a similar loss of share.

The $5M round declined during that same time. But is now at the same level it was in 2010.

Looking at the second row, we see that larger round sizes, those above $10M, all follow the same geometric curve since 2014. They are much more popular than they used to be. Just how much more popular? 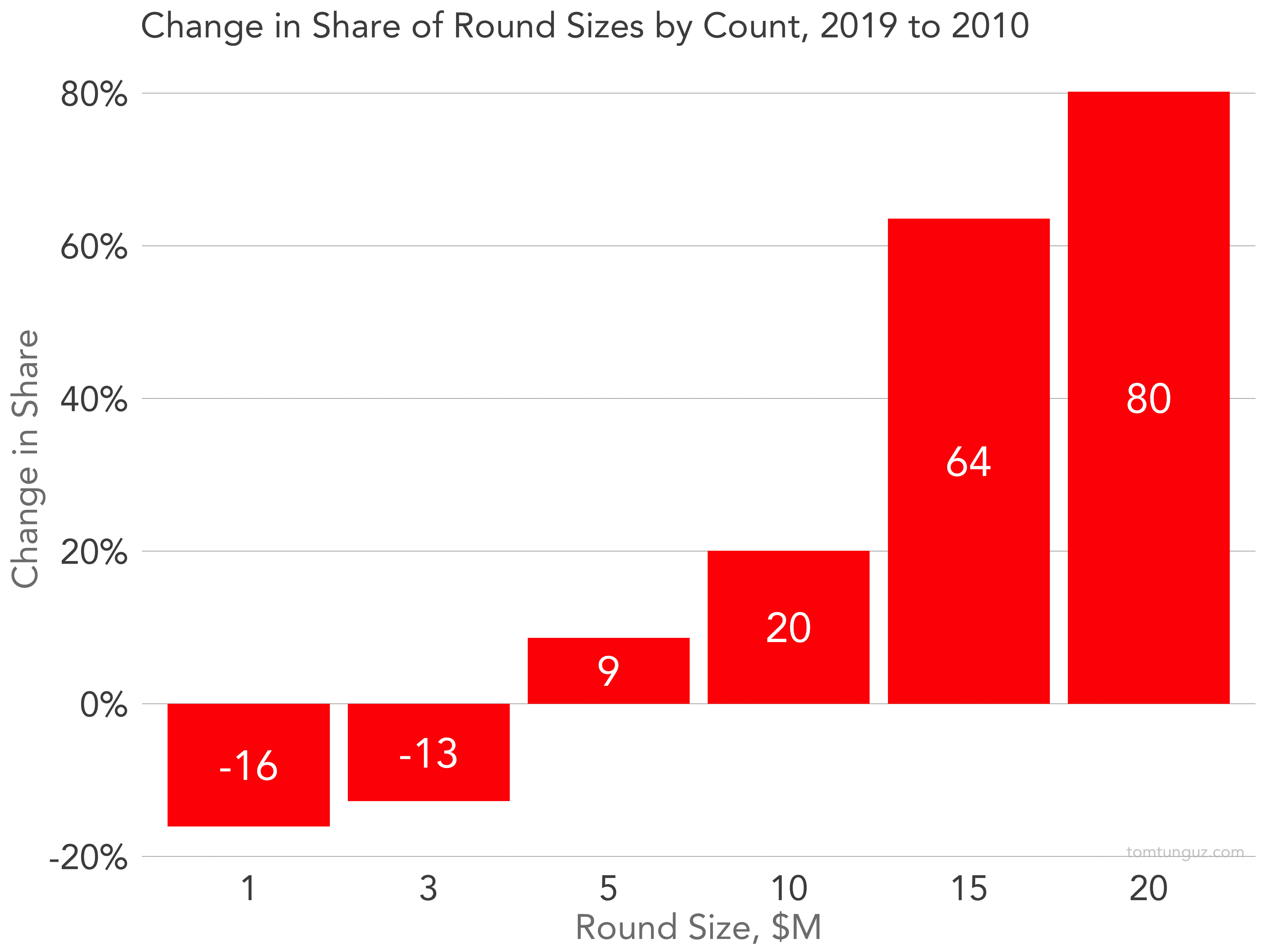 The bar chart above shows the change in share of round sizes by count over the same time frame. $1M rounds are 16% less common. Meanwhile, $20M rounds are 80% more common. $15M rounds are 64% more common. These numbers would be more extreme if benchmarked to 2014.

In an economy with a very low cost of capital, these trends are to be expected. The surprising part is the speed and magnitude of the shift. 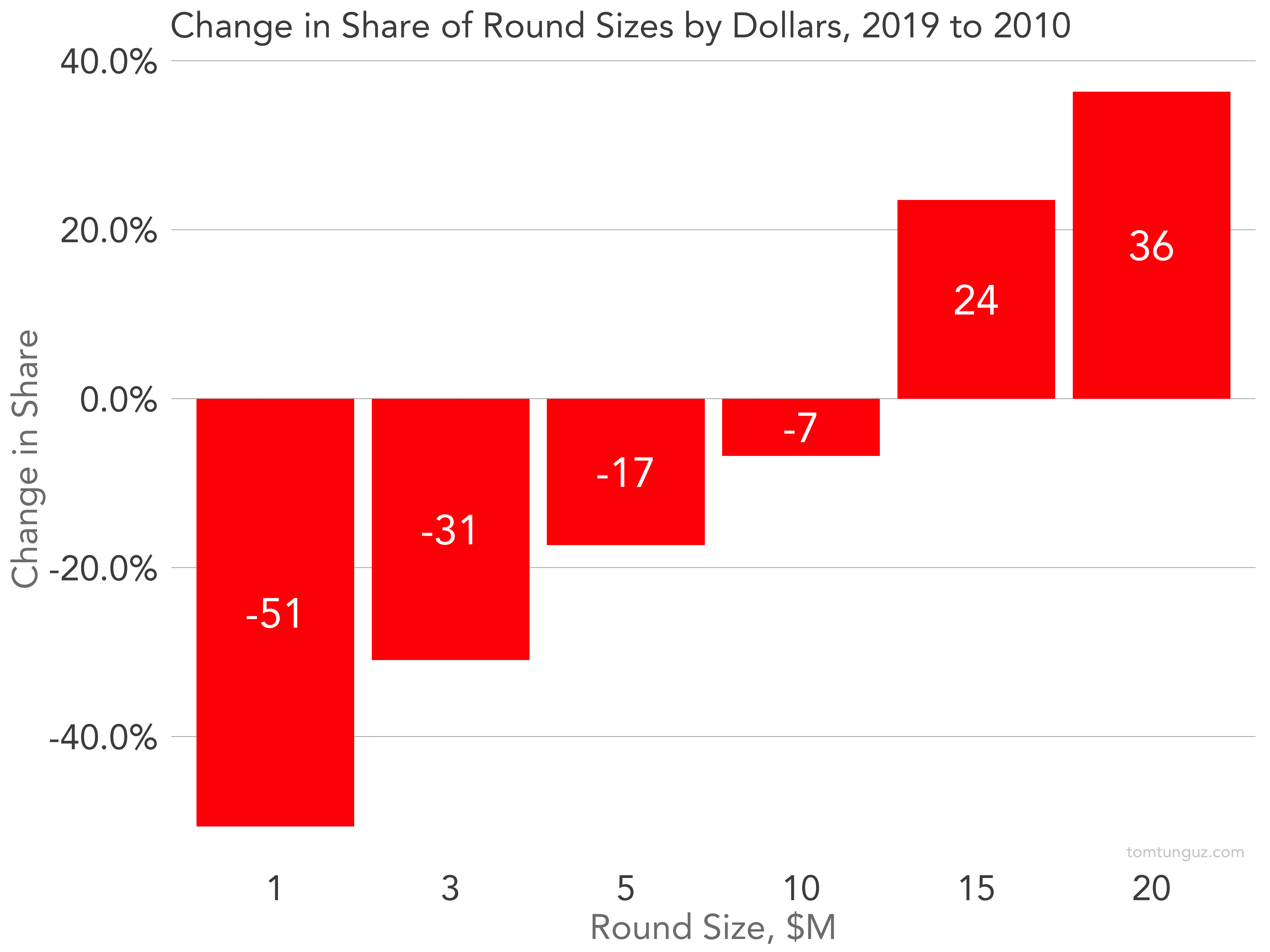 If we examine the same market share trends with dollars instead of count, we see slightly different picture. $1M rounds have lost 51% of their market share since 2010 in dollars.

If you’re a founder and can raise more capital for the same dilution, why wouldn’t you? If you’re raising a first round, at this point, the odds that your round will be $1M are roughly equal to a $3-5M round.