The SaaS Correction of Late 2019 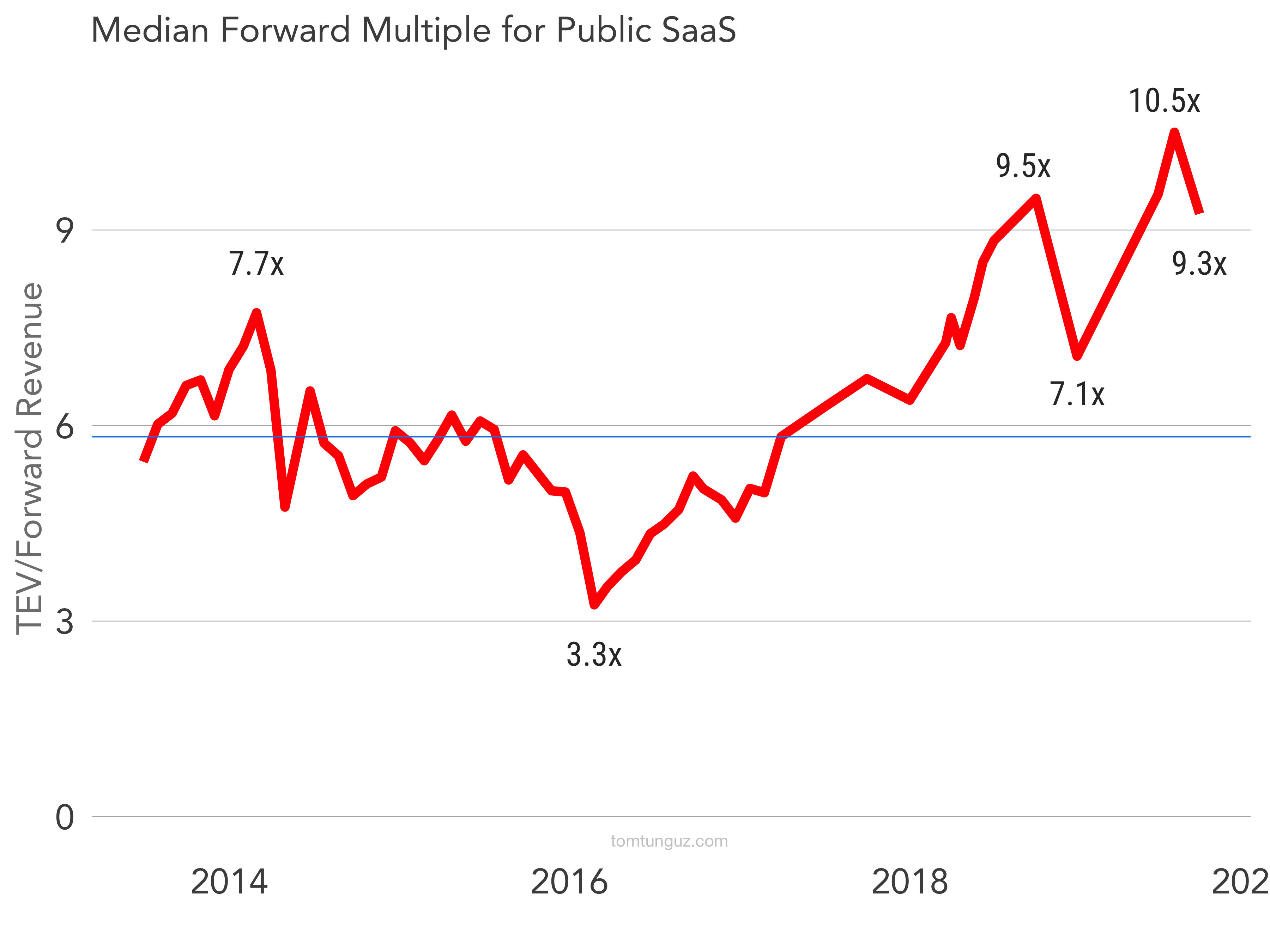 Last week, SaaS stocks fell by about 18% on average. The chart above shows the most recent enterprise value to forward multiple for a basket of next-generation software companies. The red line is the value and the blue line is the median over the same time frame.

As of Friday, the median forward multiple is 9.3x which is a 11% drop from the previous high of 10.5x. The current valuation level is still top decile across this time period, despite the drop. In other words, the valuation environment is still at elevated levels. 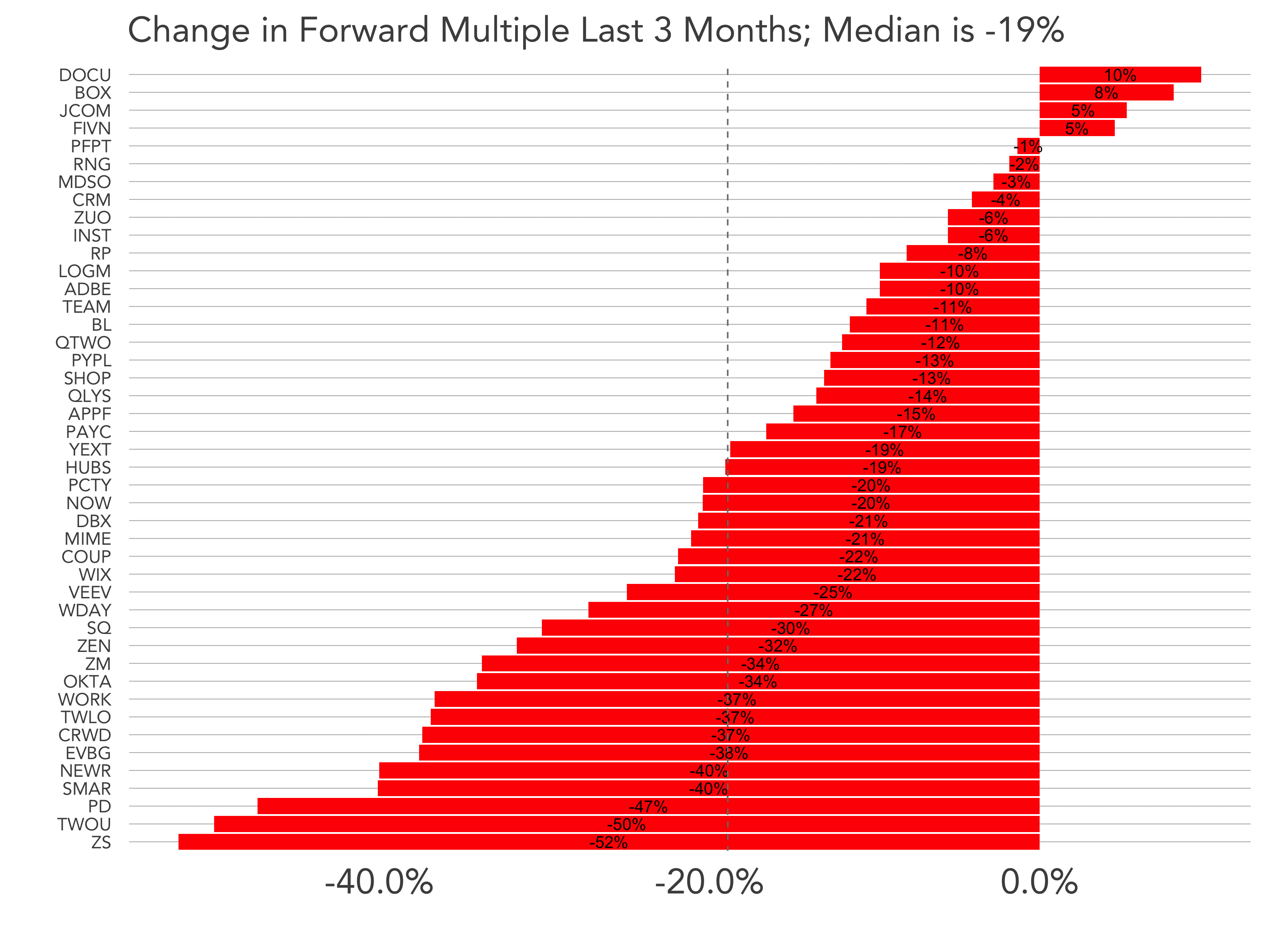 Let’s look at individual names. Only four stocks have seen multiple expansion in the last 3 months. The median drop is 19% over that time. ZScaler and 2U saw their multiples halve. PagerDuty is not far behind. in other words, this is a broad movement. 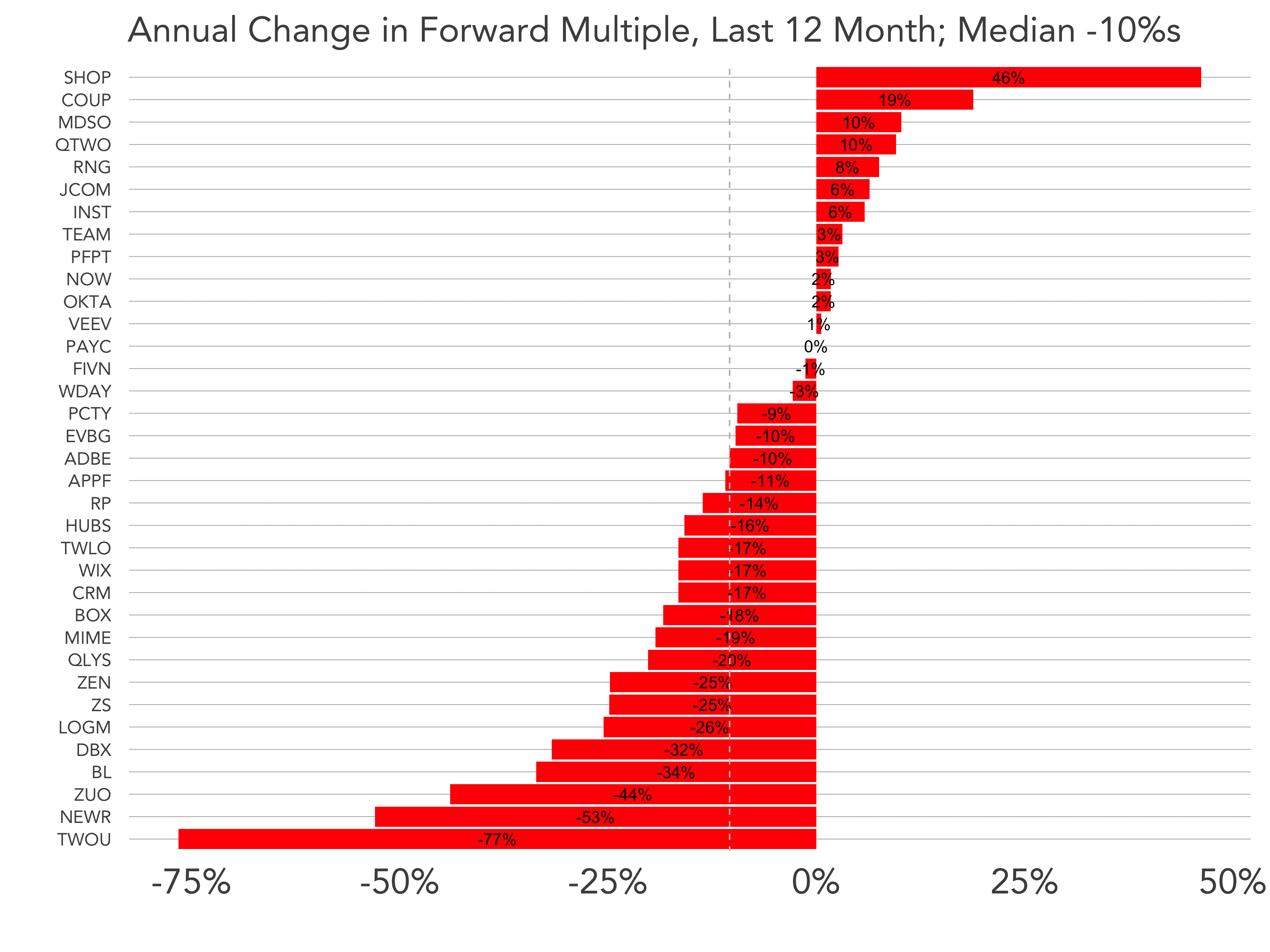 If we look at the annual change of the multiple, the picture is a bit more balanced. But still we see a 10% median drop.

Which companies were most affected? The ones growing the fastest. In fact, revenue growth is correlated with margin compression at an R^2 of 0.596. 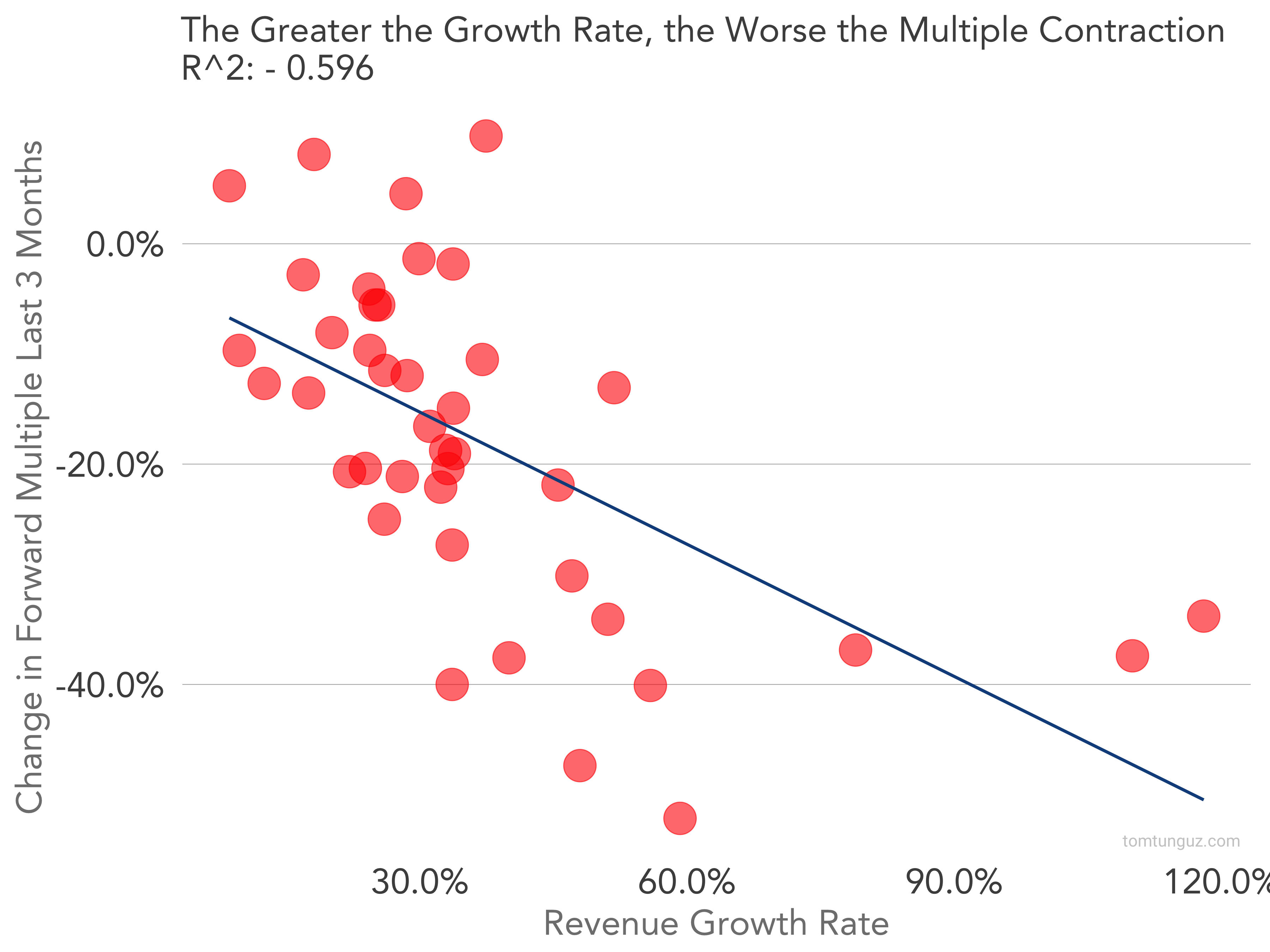 This means that 60% of the margin compression is explained by revenue growth. In other words, public market investors decided to sell fastest growing companies, deciding the prices were too expensive.

It’s natural that in times of economic uncertainty and questions about both the interest-rate environment and the economy, investors cycle out of the fastest growing stocks in search of something perhaps a bit more conservative.

We have seen these kinds of dips in the past. The worst of them was in February 2016 when multiples fell by approximately 60%. This correction, at least so far, is much milder. It is reminiscent of the correction in December 2018 - and smaller so far.

The bottom line for startups is that the market continues to price next-generation software companies at close to all time premiums, even with the recent vacillations.

The Siren Song of ROI Based Pricing