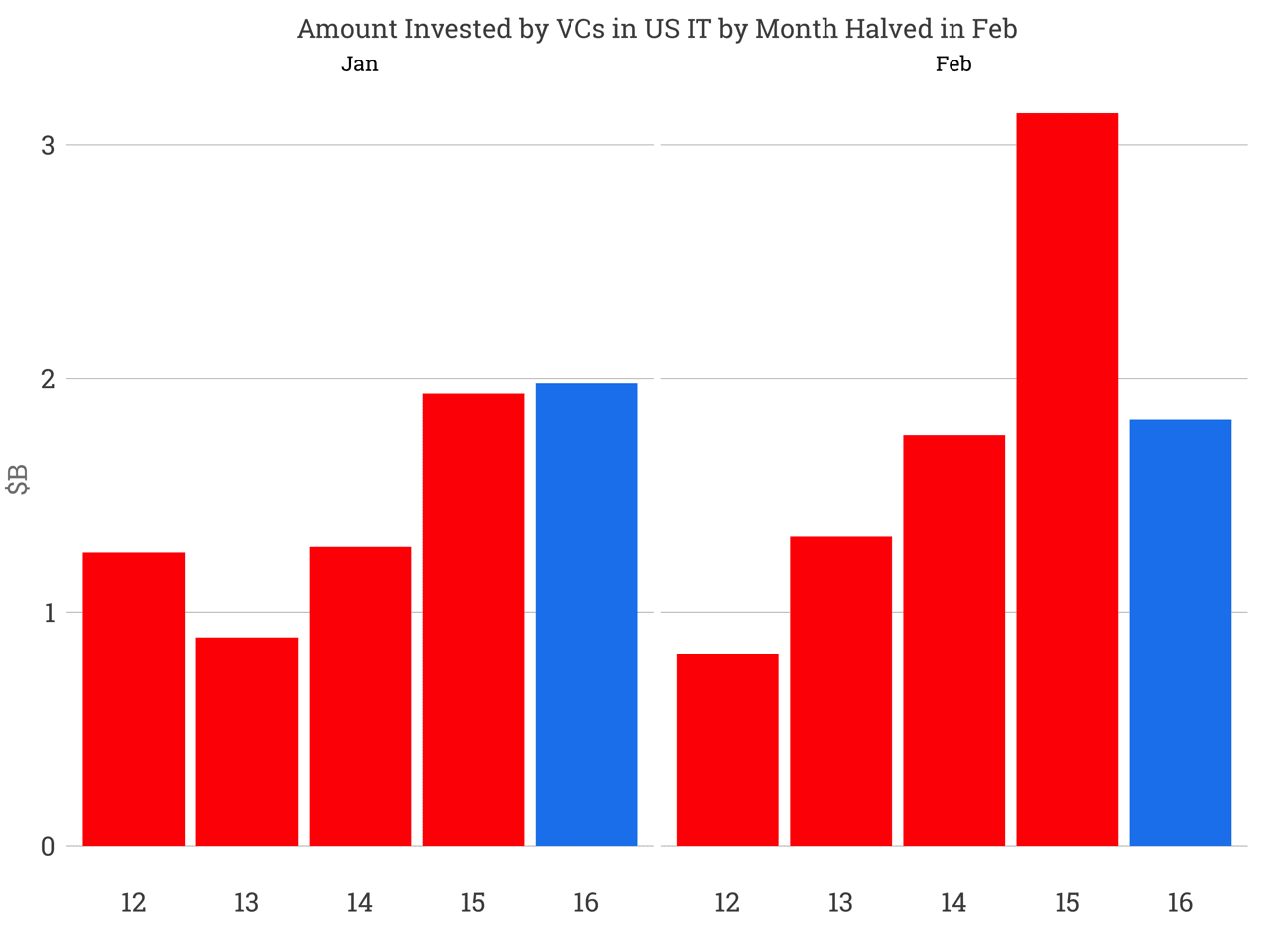 The startup fundraising market in 2016 has been difficult to characterize. Punctuated by a concentrated decline in public tech stocks, the sentiment in Startupland has changed from resolute ebullience to a calmness approaching caution. Two months in, we can analyze January and February data. This posts analyses US headquartered information technology companies which VC-led investment rounds, except for the $793M Series C in Magic Leap, which I excluded as an outlier.

VCs invested about $2B in January and February 2016. The January figure equals the previous year, but February dollars deployed halved compared to 2015, reverting to 2014 levels. 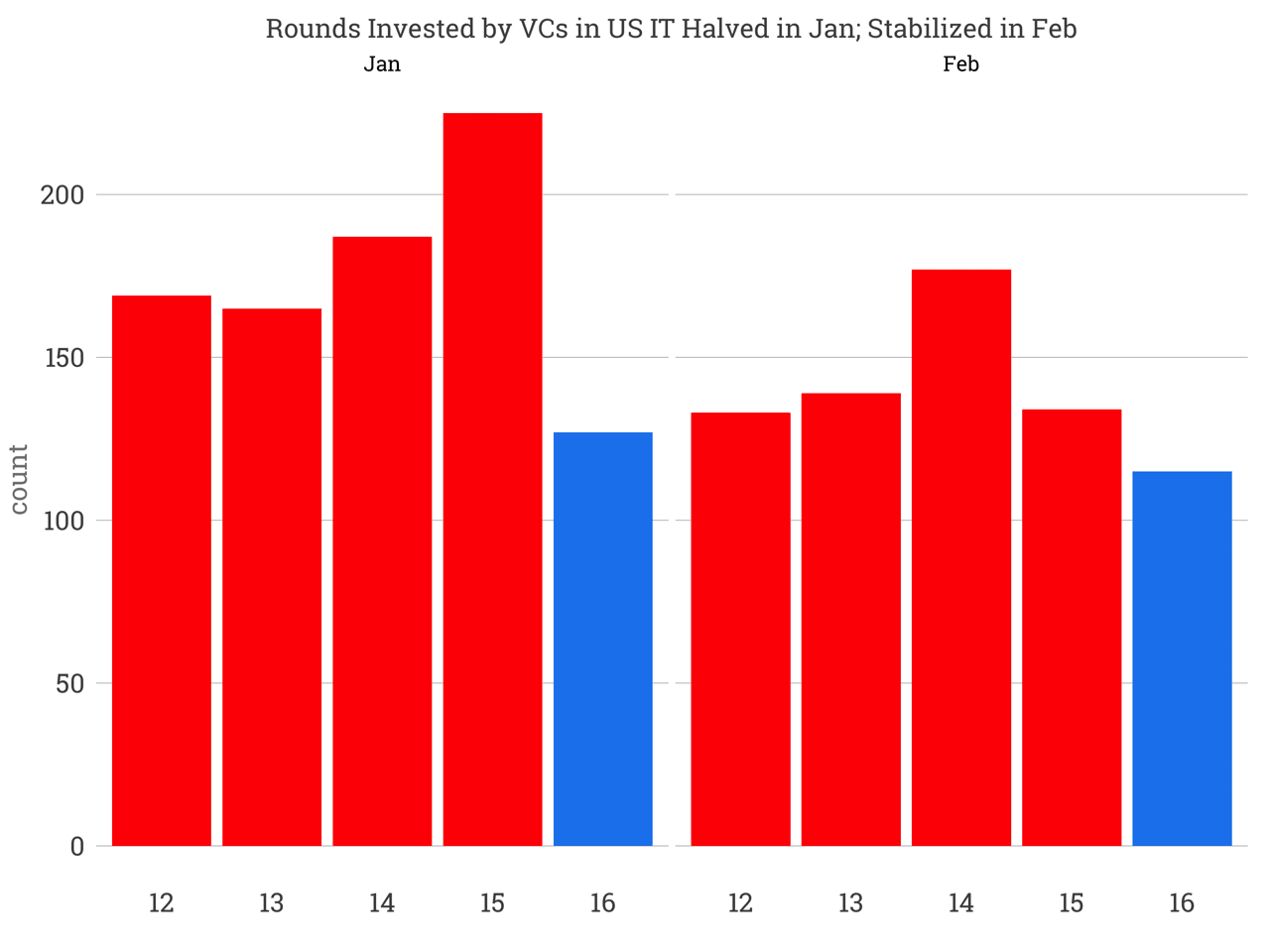 The count of investments fell in January by 44% to roughly 130 and remained there in February. 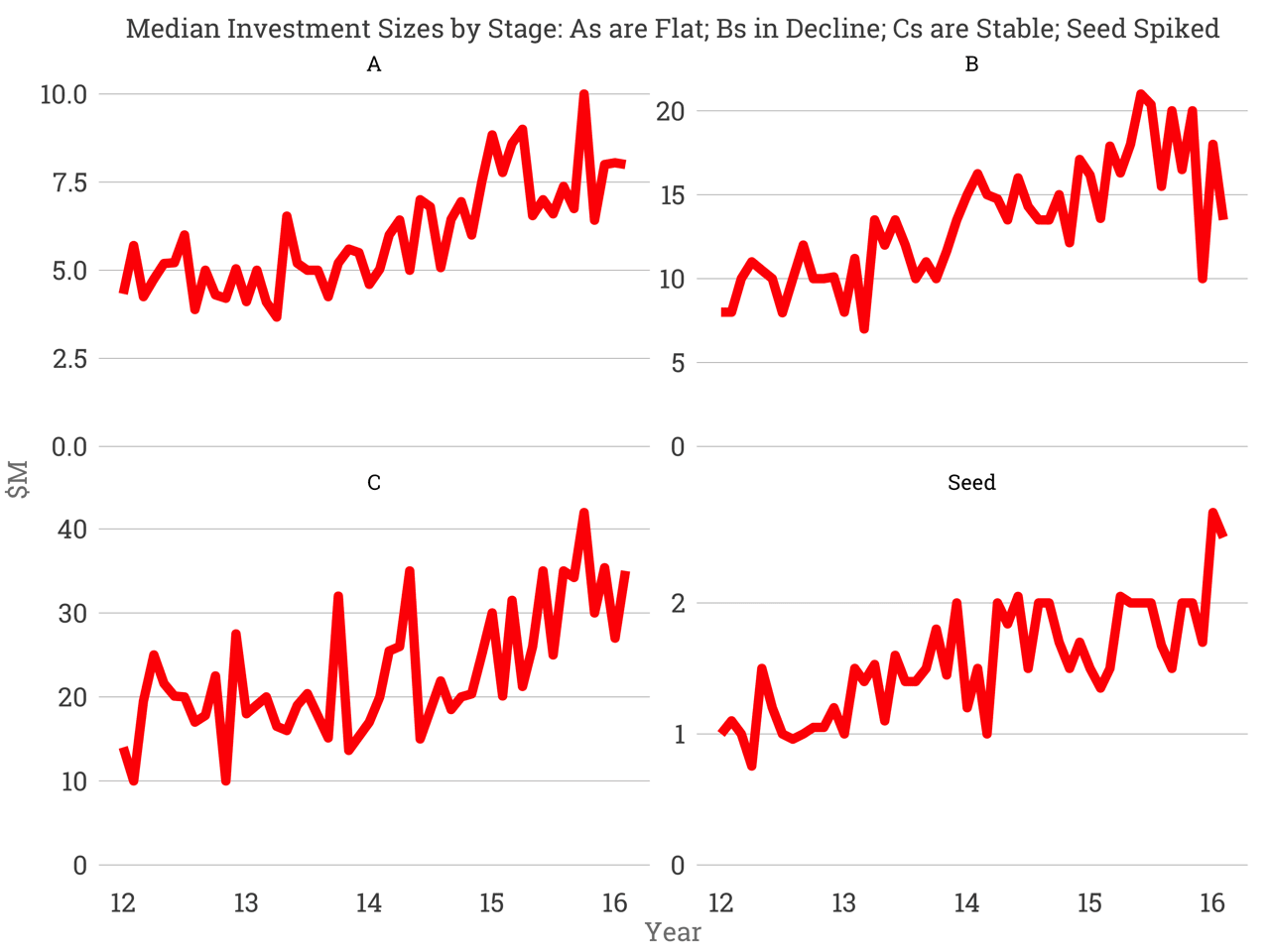 Let’s break this overall figure into Series A, B, C and Seed median investment sizes. Series As have fallen from their late 2015 highs by about 20%. The median Series B totals less than $15M, down 25% from the 2015 highs. Series Cs are stable at about $35M, and seed rounds continue their ascent with the typical Seed round at more than $2M.

The Seed round figure might be spurious. Without a fixed definition of a seed round, this number can move as the market includes a greater or lesser number of financings in this colloquial term. 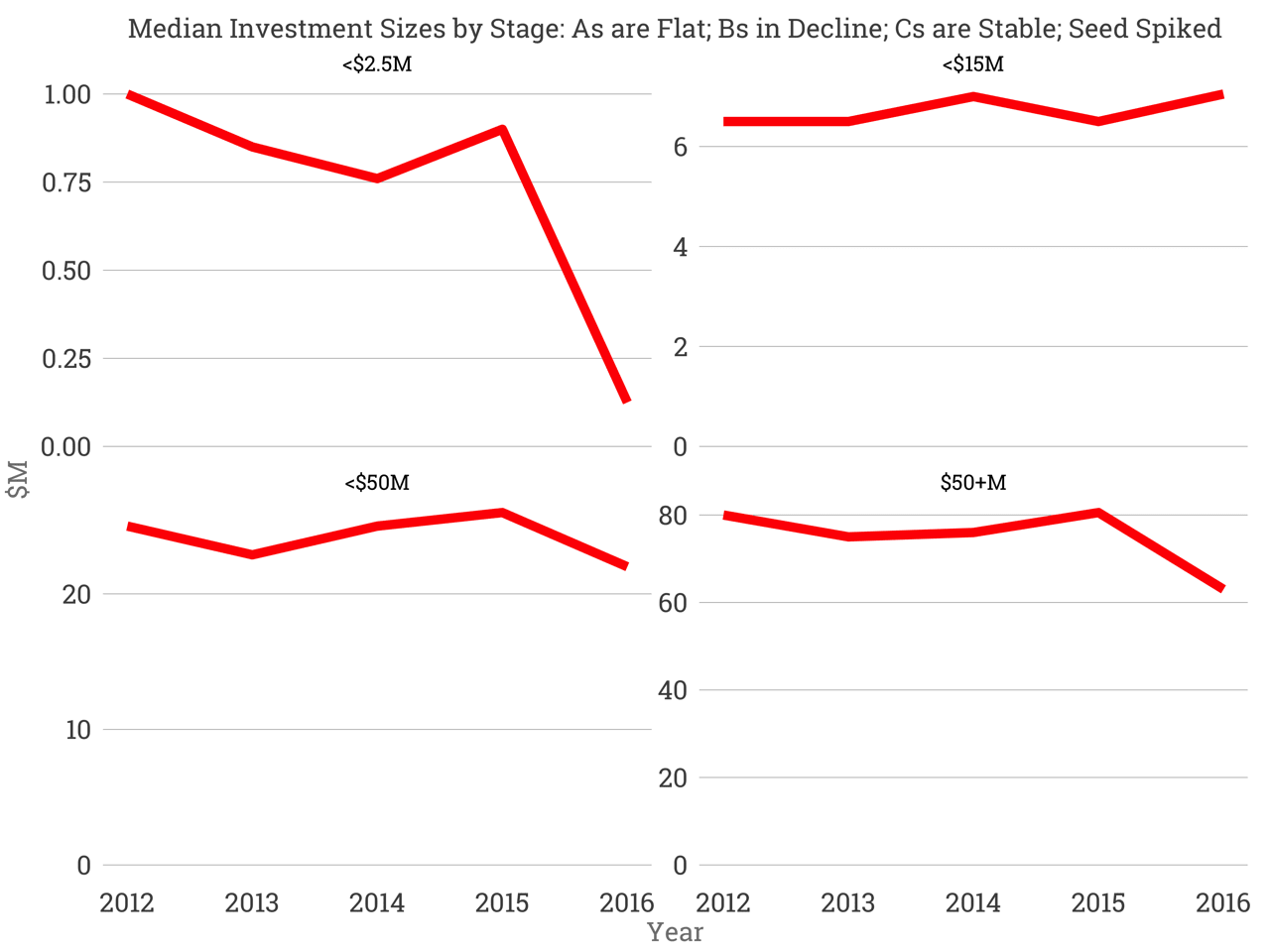 We can segment the data by round size: rounds less than $2.5M, $15M, $50M, and greater 50+. Median seed rounds are then dominated by the +/- $150k initial investments of incubators and accelerators with large new portfolios like YCombinator and 500Startups whose demo days are fast approaching. The differing data points suggest to me small Series As and Seeds are being further conflated; for entrepreneurs it’s often better to characterize a $3M round as a seed, rather than a Series A.

No analysis is perfect. But this data does provide a lens into the state of the fundraising market. Series A and B sizes are down from their highs. Overall investment in February halved. But the data raises more questions.

What is really happening with seed round size? Was VC activity in February an aberration or representative of a deeper change in sentiment? In all likelihood, February was a bit of a wait-and-see month. Most importantly, the data supports the notion that investors are still looking to invest, and round sizes are relatively stable. with the exception of the B. The Series B will likely be the most challenging round to raise in the beginning of this year.