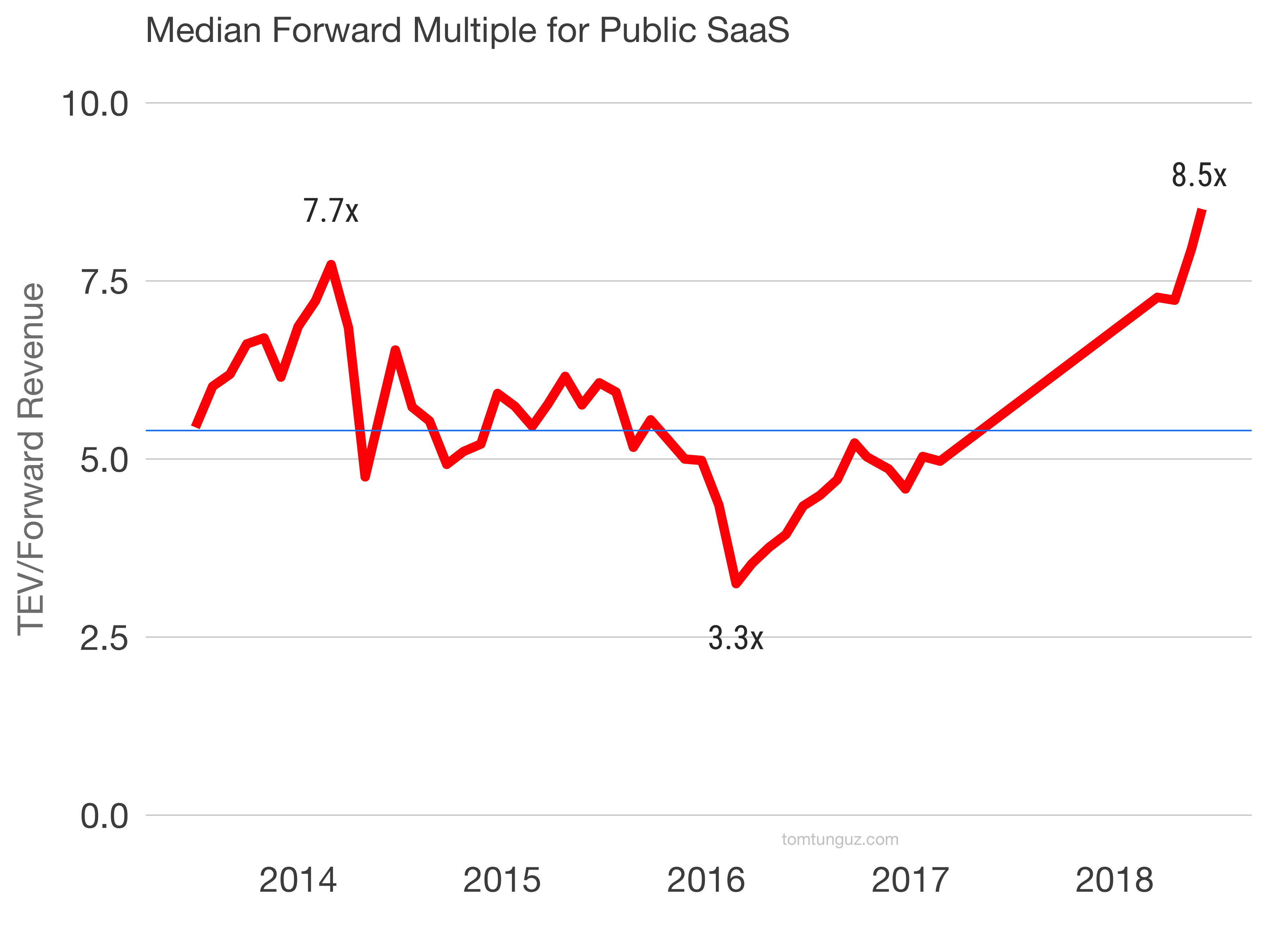 There are five forces driving the startup ecosystem today. They are working together to reinforce a high valuation environment. These forces are:

The question is whether the trade is positive, negative or neutral for founders and investors.

For founders, greater access to capital at higher valuations from investors who understand these models better than in the past are all positives. The downside may be the greater expectations placed on the ultimate value of the companies and the potential risk of a pricing correction on the business. Maintaining a plan to short term profitability is the best hedge to that risk.

For investors, this environment also has many benefits. There is a larger universe of investors to invest in companies at later stages, increasing fundraising likelihood. Subsequent rounds are completed at higher valuations, boosting IRR and paper multiples. M&A and IPO occur at higher valuations. On the downside, entry price is higher, concentrating portfolios.

All of this works until it doesn’t. Should there be a correction in multiples or prices, then there will be pain. Until then, the music continues to play.

The Most Important Book You'll Read All Year