The Forces in Tension in the SaaS Fundraising Market 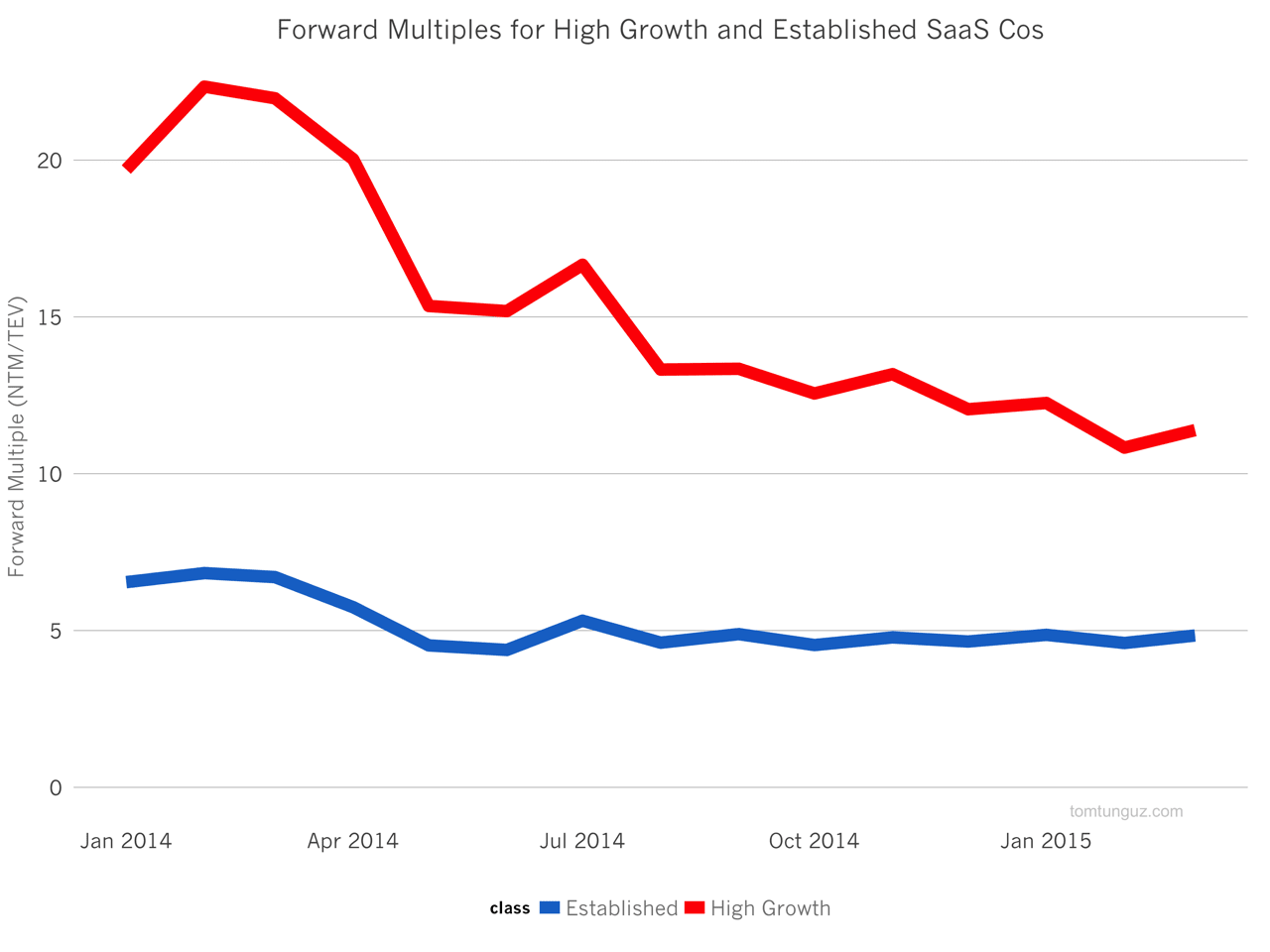 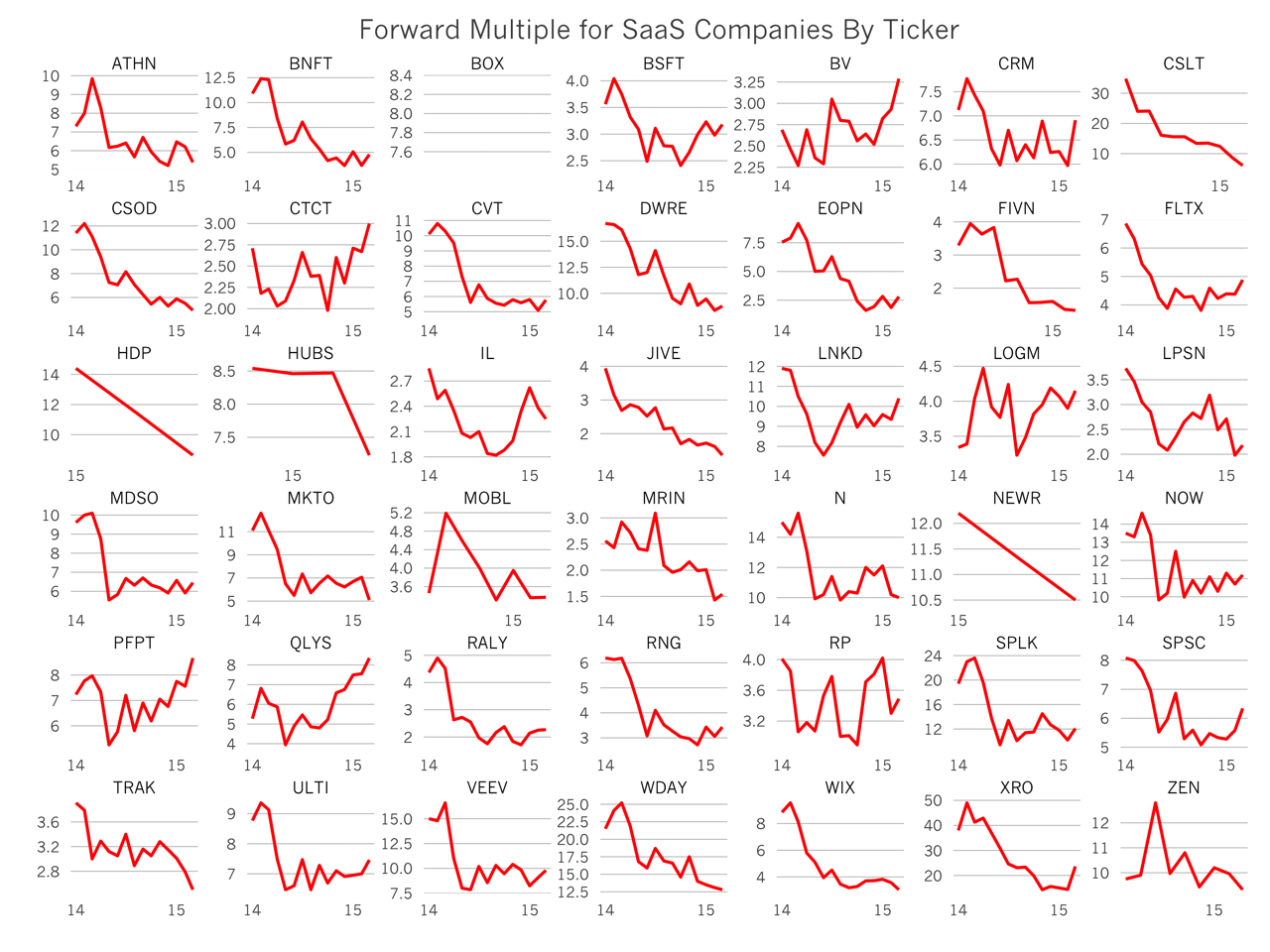 The chart above shows the same figures per company. Drops are common across the board. The only companies with increases in multiples are Constant Contact (CTCT), BazaarVoice (BV), Qualys (QLYS), and ProofPoint (PFPT), none of which are High Growth companies, by this analysis’ definition. (The Box chart is empty because they’ve only just gone public.)

One on hand, it’s never appealing for a company’s multiple to decrease. But on the other hand, this relative cooling of the shows that at least in the public market, investors aren’t falling over themselves to invest no matter the financials of a business. In other words, there’s no public market SaaS price bubble. This slight deflation is a healthy trend.

While the public market seem to be lowering multiples, the private markets seem to be holding or increasing them as investors compete for the opportunity to invest in explosive-growth SaaS companies. The size and prices of Series B rounds have soared in 2014 and with it the forward multiples, in contrast to the public markets.

It’s very unlikely that the private markets multiples will push the public ones upward, and much more likely that over time the public market will dictate the way SaaS companies are valued. Later stage investors will model their returns of a new investment based on the public market comparables. Eventually, because fund raising markets are like a train, this pressure should cascade to the earlier rounds. In short, lower multiples for publicly traded companies will exert downward pressure on the private markets.

Or at least they should be. But from what I’ve seen so far in 2015, this isn’t the case. There’s as much enthusiasm and confidence in SaaS companies as there ever has been. There’s $50B of new cash to invest in venture stage companies. The combination of the two creates a tension between the public market and the private market multiples.