Your Company is a Product Used By Your Employees 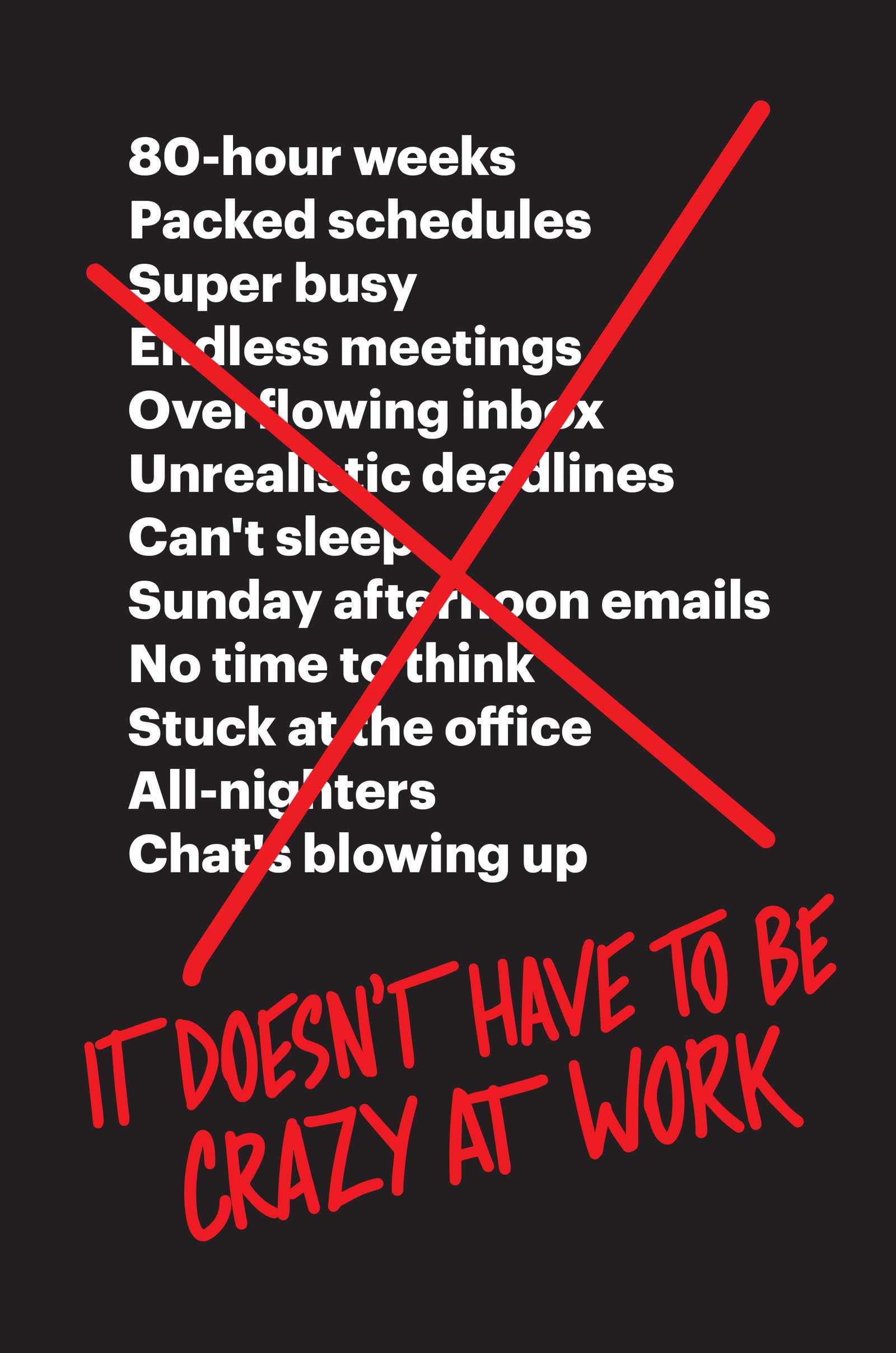 In their book, It Doesn’t Have to Be Crazy at Work, Jason Fried and David Heinemeier Hansson, the founders of 37Signals share how they’ve built and run their very successful company Basecamp. There’s a novel idea in the book: your company is a product used by its employees.

[W]hen you think of the company as a product, you ask different questions: Do people who work here know how to use the company? Is it simple? Complex? Is it obvious how it works? What’s fast about it? What’s slow about it? Are there bugs? What’s broken that we can fix quickly and what’s going to take a long time?

In the book, Jason and David discuss the different iterations for project-work. First, they tackle projects for as long as they take - months. Then they found projects for three months maximum, before settling upon six-week project cycles. This turns out to be the optimal cadence for Basecamp.

This philosophy extends to other areas of the company like vacations which are fully paid for by the company; favoring asynchronous communication; kneecapping salary negotiations: no haggling allowed. Not least, the company champions a family first credo.

Their view: a company is a product used by its employees. In this light culture isn’t a static thing. The authors advocate pushing culture forward deliberately, actively managing it to harmonize it with the values of the business.

As I read through the book, I wondered: who is the product manager for an organization? Who is evaluating the usability of the company, testing different ways business works better, and converging the ideals of the business into the day-to-day? For 37Signals, the founders are. But does this role exist in other companies outside the C-suite? I’m not sure. Maybe it should.

This is a very different business book. There’s a section entitled Curb Your Ambition with chapters entitled Bury the Hustle; Our Goal: No Goals; and Don’t Change the World. Many in Silicon Valley embrace an opposite value system: maximizing ambition, demarcating a path to success through goals and, damn the torpedoes, let’s change the world. The authors challenge those notions directly.

It Doesn’t Have to Be Crazy at Work advocates articulates a different way of building a company, with a different philosophy. Even if your ambitions differ it’s worth a read because there are some thought provoking ideas about how to run a very successful company.