Figma's 50x ARR Multiple & What it Means for Startup Fundraising

Today, Adobe announced its intention to acquire Figma for $20b, valuing the business at 50x current ARR, the highest multiple paid for any software company of scale. Congratulations to team Figma on building their impressive business.

Doesn’t this acquisition reset the market price despite this year’s 70% correction?

After the correction earlier this year, public valuation multiples had reset to those of 2017. That year, Cisco acquired AppDynamics for 17x trailing revenue. If we assume a company recognizes about 2/3 of its ARR as revenue, then I estimate the Adobe/Figma deal at roughly 75x trailing revenue.

That’s not a bear market multiple. Doubly true when the median public company today is trading at 6.3x.

Not too long before the public market correction, high-growth startups routinely commanded 100x ARR multiples. If an acquirer is willing to pay 50x, shouldn’t a VC be ready to buy shares at 100x at a much earlier stage? Doesn’t this acquisition reset the market price despite this year’s 70% correction?

The answer is likely not. While Adobe’s acquisition may set a high-water mark, it’s a single transaction. The environment hasn’t changed much.

Before this announcement, US venture-backed software M&A was tracking to its worst year since 2017, at about $7b, down from $71b last year. 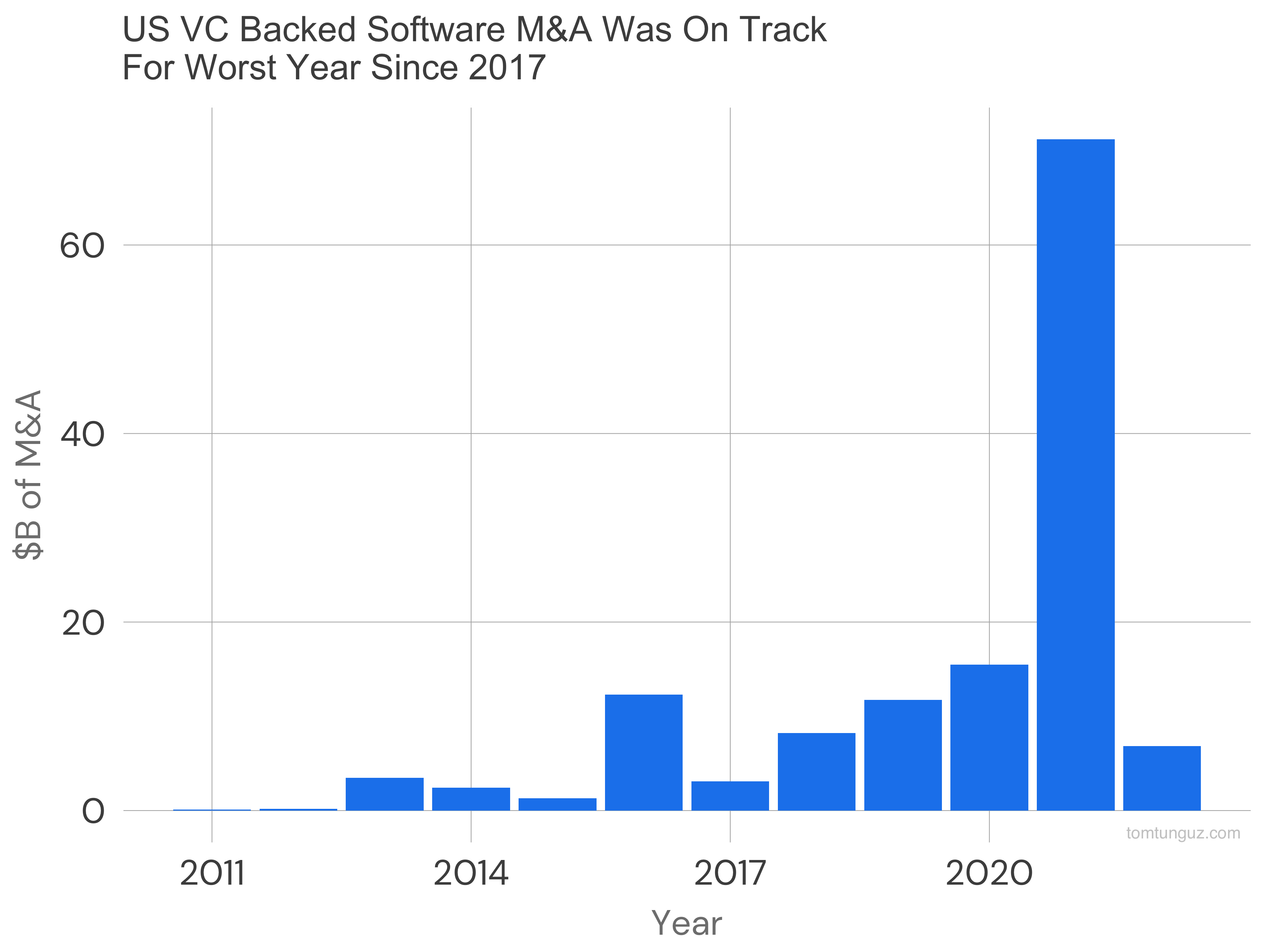 Your Customers' Profitability is Your Startup's Future Health