Will year-end Series A and B valuations top or trail those of January? This question sits atop most founders’ lips and boardroom agendas. The broad market sentiment is they will be lower.

Public-market software valuations have withered more than 60% from their highs. Alarm about interest rates, QE ending, and geopolitical risk have swirled around public technology companies, kinking the valuation curve.

Amidst this gloomy backdrop, The Information published a story on hedge funds’ strategy shift. Instead of late-stage opportunities, they’ll be focusing on early-stage venture in 2022. If true, Series A and B markets may surge upward against the countervailing depressive momentum.

Hedge funds’s big chip stacks have become a market force in venture during the last three years. PitchBook surmises non-traditional VC (aka hot money) comprises 78% of venture dollars invested in 2021. Across Series A to Series E rounds in the US, hedge funds participated in 63% of startup financings worth more than $200B in 2021. That figure didn’t crest $4b ten years ago. 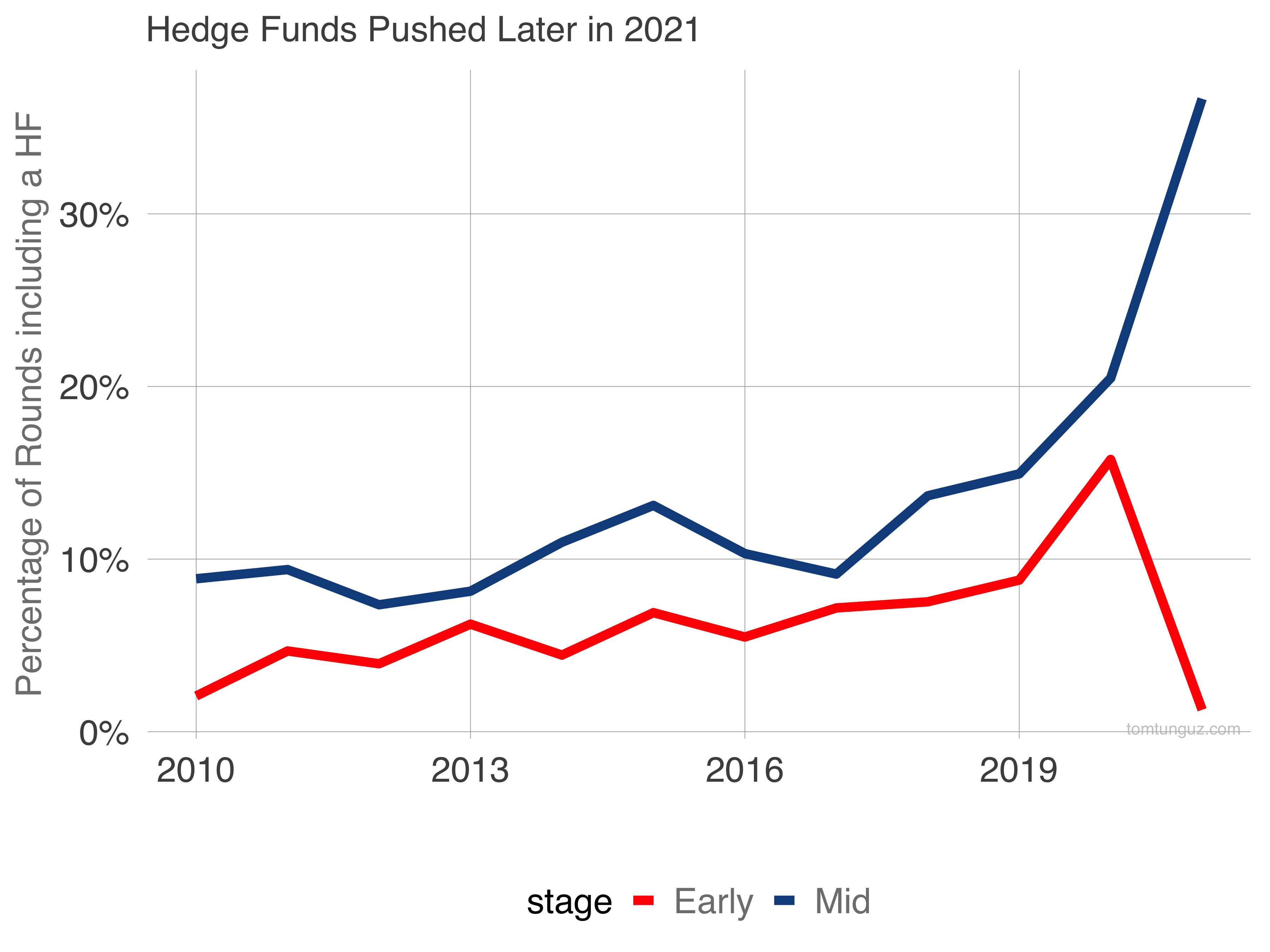 Should this investor cadre focus earlier, we should expect the red and blue lines to reverse course, and suddenly. But by how much? 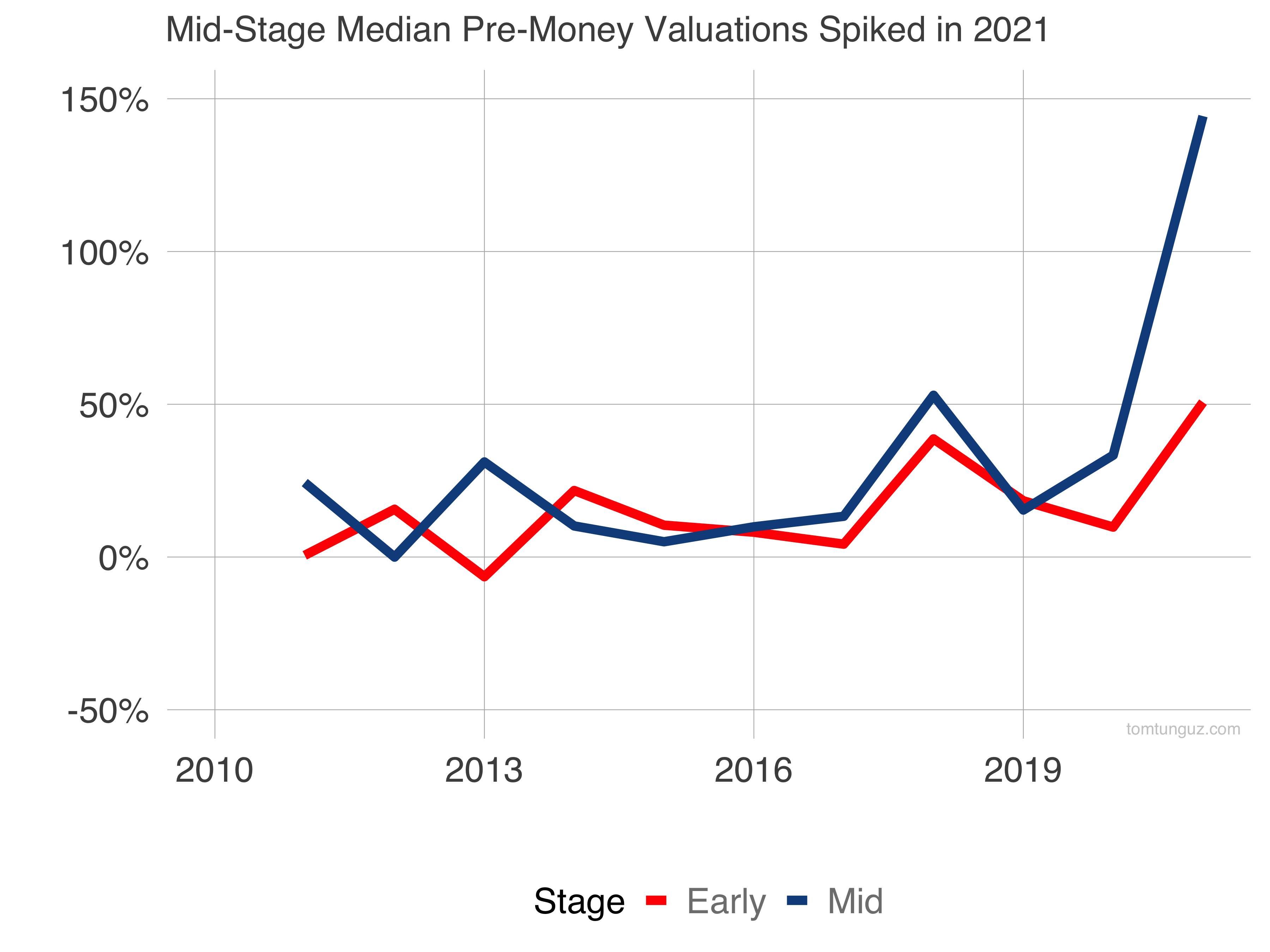 The surge of hedge fund capital into Series C-E investing boosted median pre-money valuations 150% in 2021. Causation is hard to prove, but correlation, its weaker brother, suggests these dollars influenced the market quite a bit.

Hedge fund activity correlates at 0.95 with mid-stage valuations, explaining 90% of the variance.

Last year, early stage prices expanded by half without the benefit of hedge-fund money. Deep stacks entering the early market will pressure valuations more because the early market is one-third the size of the Series C-E market.

Founder preferences may differ at the early stage than the growth stage. The value propositions of board seats, venture platforms for hiring, business development, & marketing, and more active investing will be tested in 2022.

Hedge fund flows into early venture will challenge the market’s bearish disposition and define pricing dynamics in 2022. Whether positive or negative pricing momentum will prevail is hard to predict. But the answer isn’t as simple as it was a few weeks ago.