Sales Efficiency through Covid : Reading the Tea Leaves for Startups

In 2017, SaaS companies reported their cost of customer acquisition had increased by 65% in the previous five year period.

What happened to these figures during Covid? We can examine the sales efficiency of public software companies to get a sense. 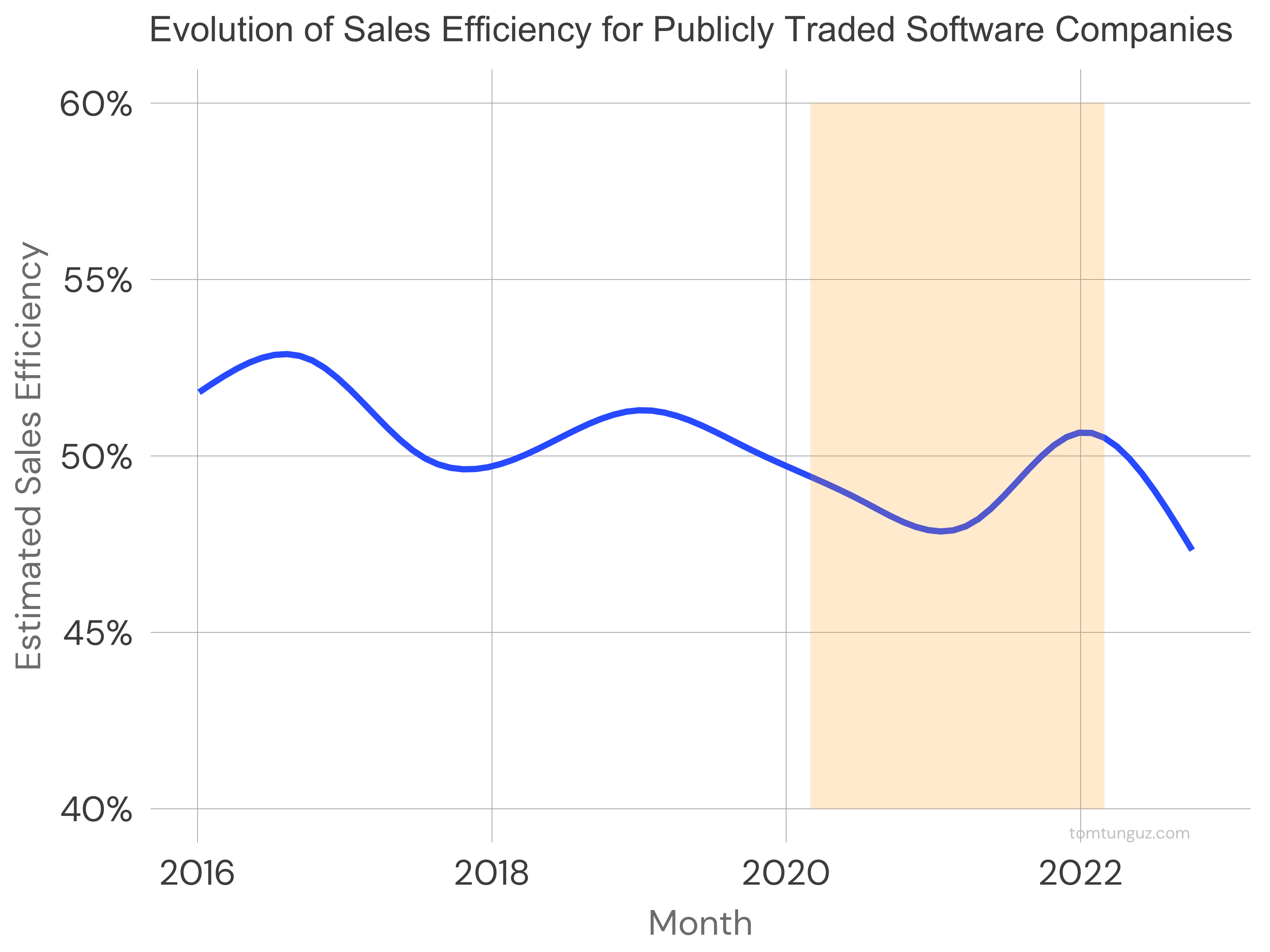 Since 2016, the average public software witnessed its sales efficiency winnowed from 52% to 47%, a decline of about 10%. Covid, marked in the orange rectangle, didn’t impact sales efficiency initially.

Remarkably, halfway through lockdowns, software companies found their stride, improving their efficiency by three percentage points. After a two-quarter spike, however, the figure has returned to its previous negative slope. 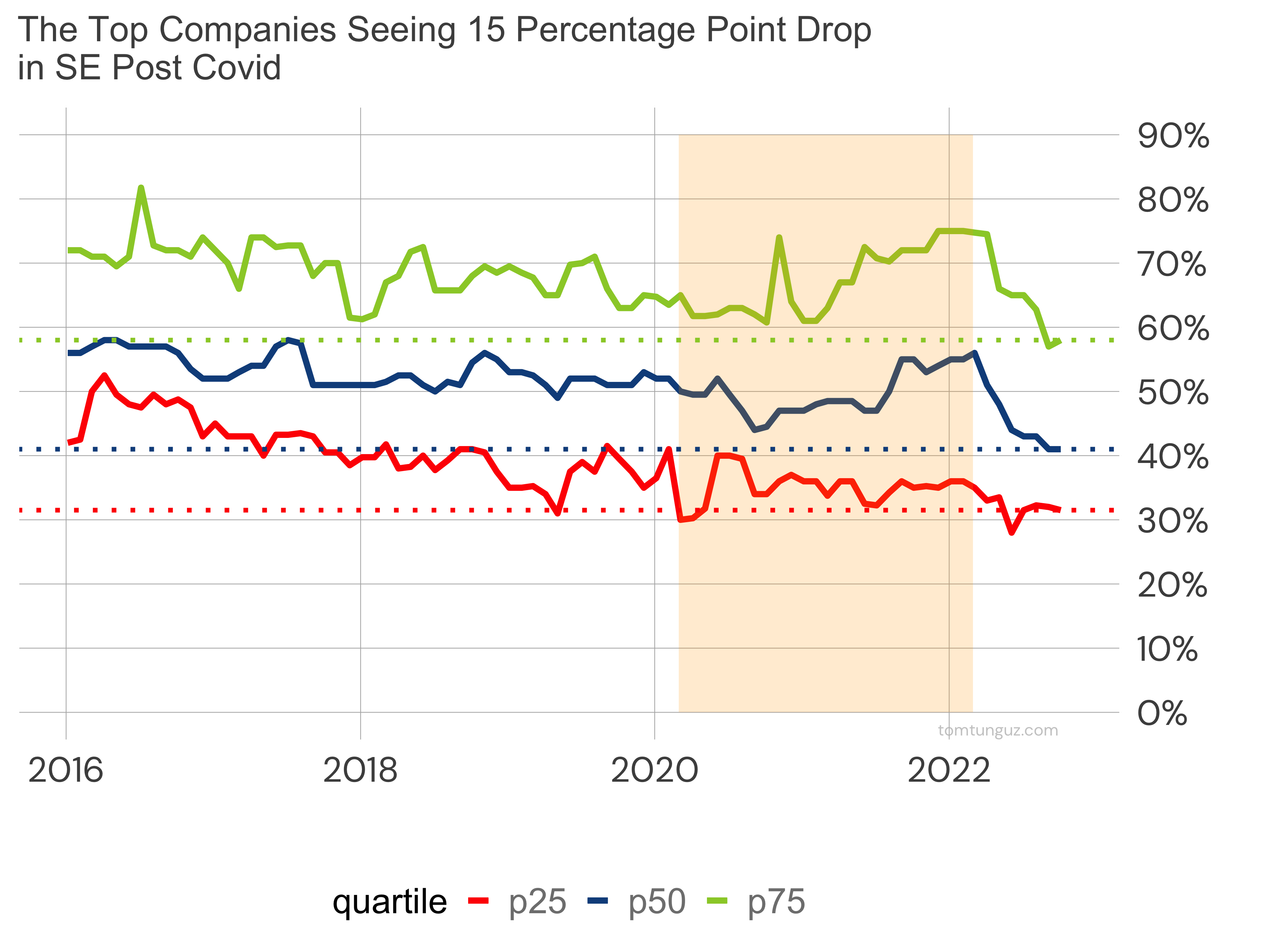 This chart segments the public software companies into the 25th, 50th & 75th percentiles.

I observe a few trends. First, the top & median quartiles benefitted from near five-year highs in sales efficiency during the back half of Covid. The lowest quartile companies didn’t.

During the first half of Covid, sales & marketing teams iterated to improve sales efficiency. Hiring stopped. Buyers paused their purchasing until a new equilibrium had been established, perhaps concurrent with viable vaccines.

With newfound confidence on both sides of the virtual sales table, transactions occurred. Teams hired & spent aggressively, given the capital markets insatiable appetite for growth.

Companies that can buck this trend will be valued at significant premiums to the market - hence the sudden venture capitalist interest in product-led growth motions & Adobe’s acquisition of Figma at 50x ARR.

Others who may see declining sales efficiency should trade at lower multiples than before. Sales efficiency correlates to multiples at 55%. Combined with a market whose cost of capital has surged with the Fed Funds rate, these trends will demand teams innovate to create more efficient customer acquisition channels.