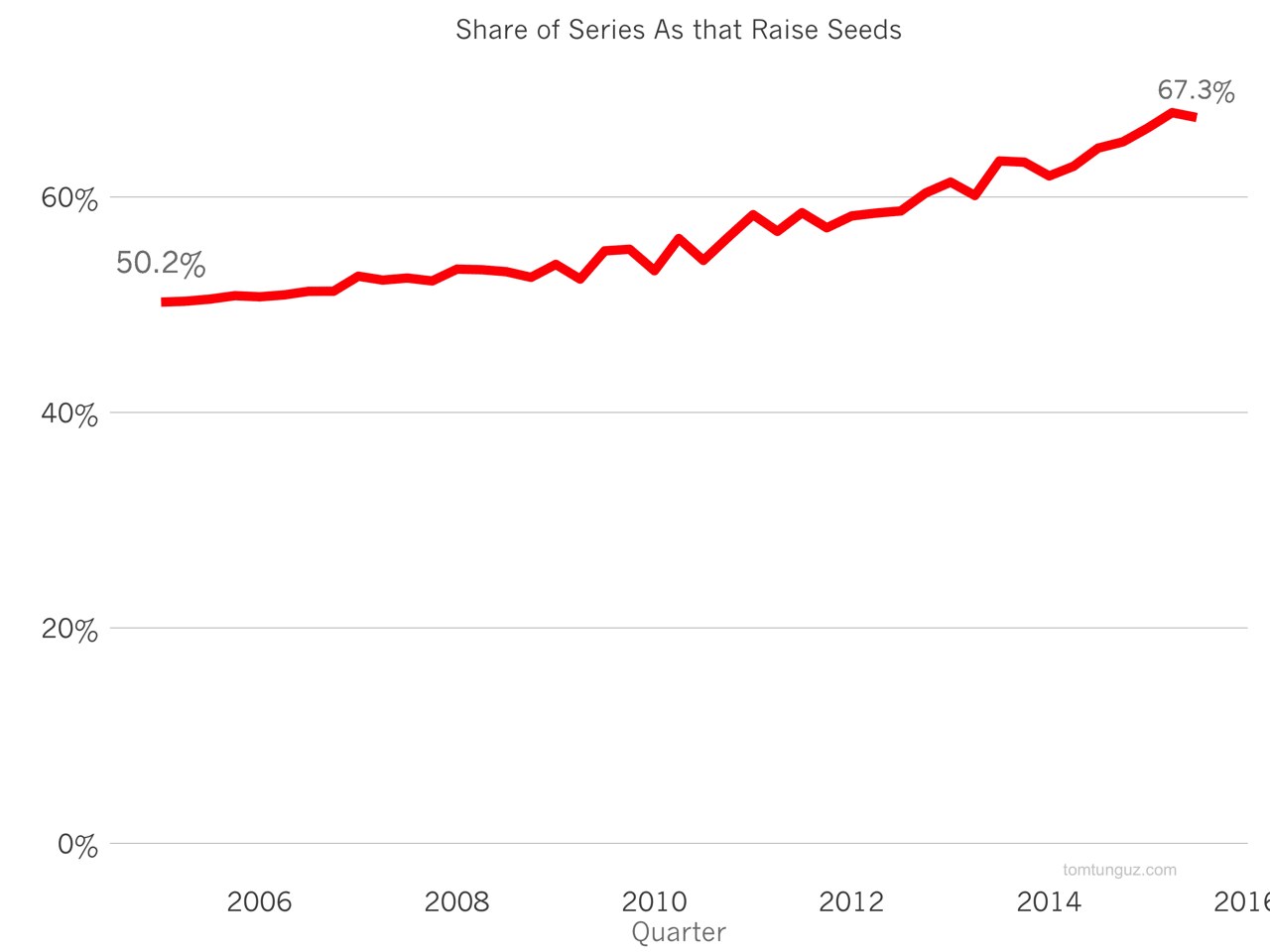 Today, 70% of startups in the US that raise a Series A have raised a seed round. That’s up from 50% ten years ago. In the same period, the amount of seed capital invested in the US has increased about 10x from $200M per year to $2B. What does this imply for early stage founders?

First, it implies greater competition at the Series A. Larger seed rounds enable a seed stage company to achieve more - more growth, more revenue, more hiring. In addition, these larger seed rounds enable successful startups to raises larger series As, and the data supports it. The correlation coefficient between seed round size and Series A size in the Crunchbase data set is 0.89 across all startup sectors.

That’s not to say there’s a Series A crunch, where a surfeit of seed companies are vying for a small pool of Series A capital. Series A volumes have more than doubled in the same period. Instead, the competition is about progress. Series A investors expect a company to be further along it its development compared to ten years ago. 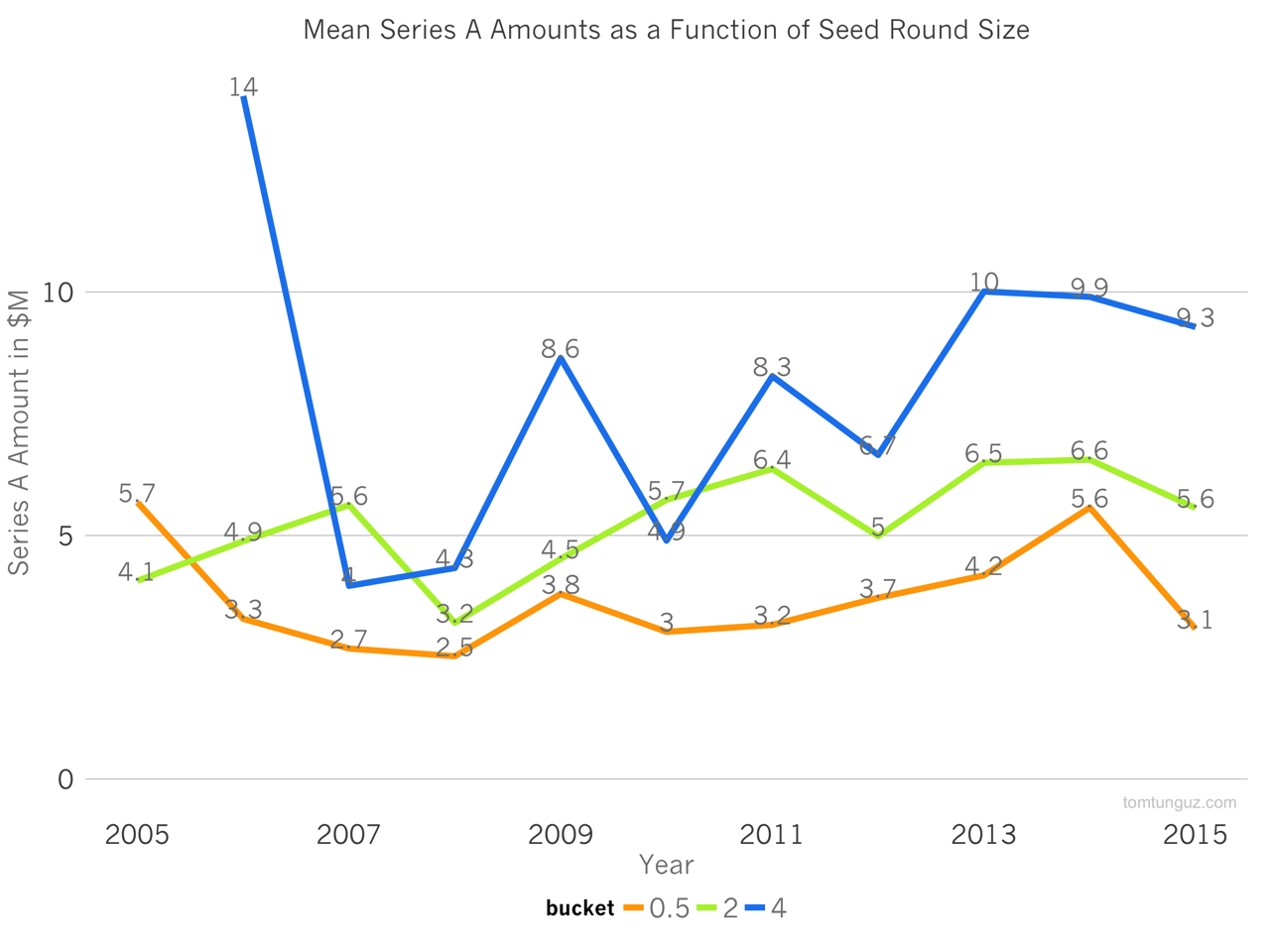 Of course, we can start arguing about semantics: is a $4M round truly a seed? What does Series A really mean today? Series A used to be the first institutional investment in a company, but with the rise of institutional seed investors, that’s no longer an accurate definition. For founders, the difference in wording is an an advantage. A modern Series A company is much larger in staff, revenue and achievement than a Series A company from 2005 and consequently, conveys a greater sense of momentum and growth rate than its predecessors. 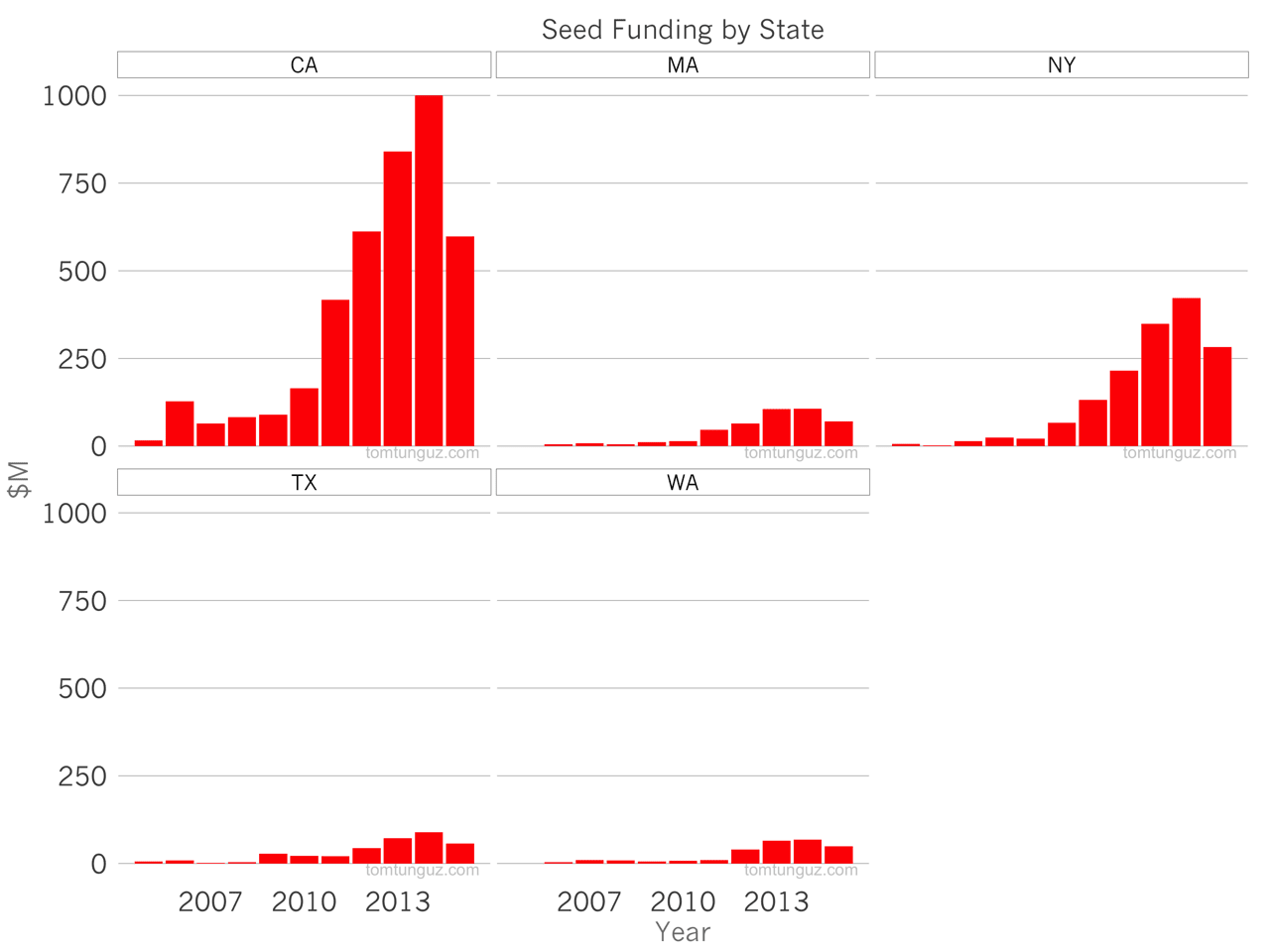 Third, this greater competition from startups will increasingly come from California and New York, both of which have benefitted disproportionately from the seed market boom. The three other top seed geographies, Massachussetts, Texas and Washington have seen rises , but not the 10x of California and New York.

All of this data reinforces the idea that fundraising is an important skill for founders to hone. Managing a company through the right milestones to achieve a strong seed round positions the business for a sizable A, and so on - and this is doubly true in a seed bull market.