Startup Self-Repricing as a Recruiting Tool

Could Instacart’s self-repricing become the first of many? It’s quite possible. The company announced it would mark its shares to a market price 40% less the last round.

In a fundraising environment awash with capital and term sheets lapping up on the front doors of many startups, why might we see more self-repricings?

Talent. Startups appeal to candidates span many dimensions: influence, category creation, smaller teams. But lottery-ticket upside remains one of the most important. Join the right company and it will change your economic life.

Today’s talent market may be the most competitive on record. The current herd of unicorns, hundreds in number, sport saddlebags loaded with billions of dollars, each vying for the best staff.

In other words, our equity now has more upside - come work here!

If more startups do self-reprice, boards and heads of people/HR should ensure hires whose options are now less compelling receive some additional shares to ensure fairness and remain motivated.

How broad might startup self-repricing become? It’s hard to say, but the motive force will be competition in the talent market. Startups whose trajectories remain stellar may never consider the idea. The best companies will always find buyers willing to pay top dollar both in the private and the public markets - public market multiples be damned.

New rounds may also influence this decision. During diligence, investors forecast the potential return of an investment, basing the ultimate value of a business on other companies, called comparables or comps. If the comps are worth 40% more or 40% less, return scenarios shift meaningfully. 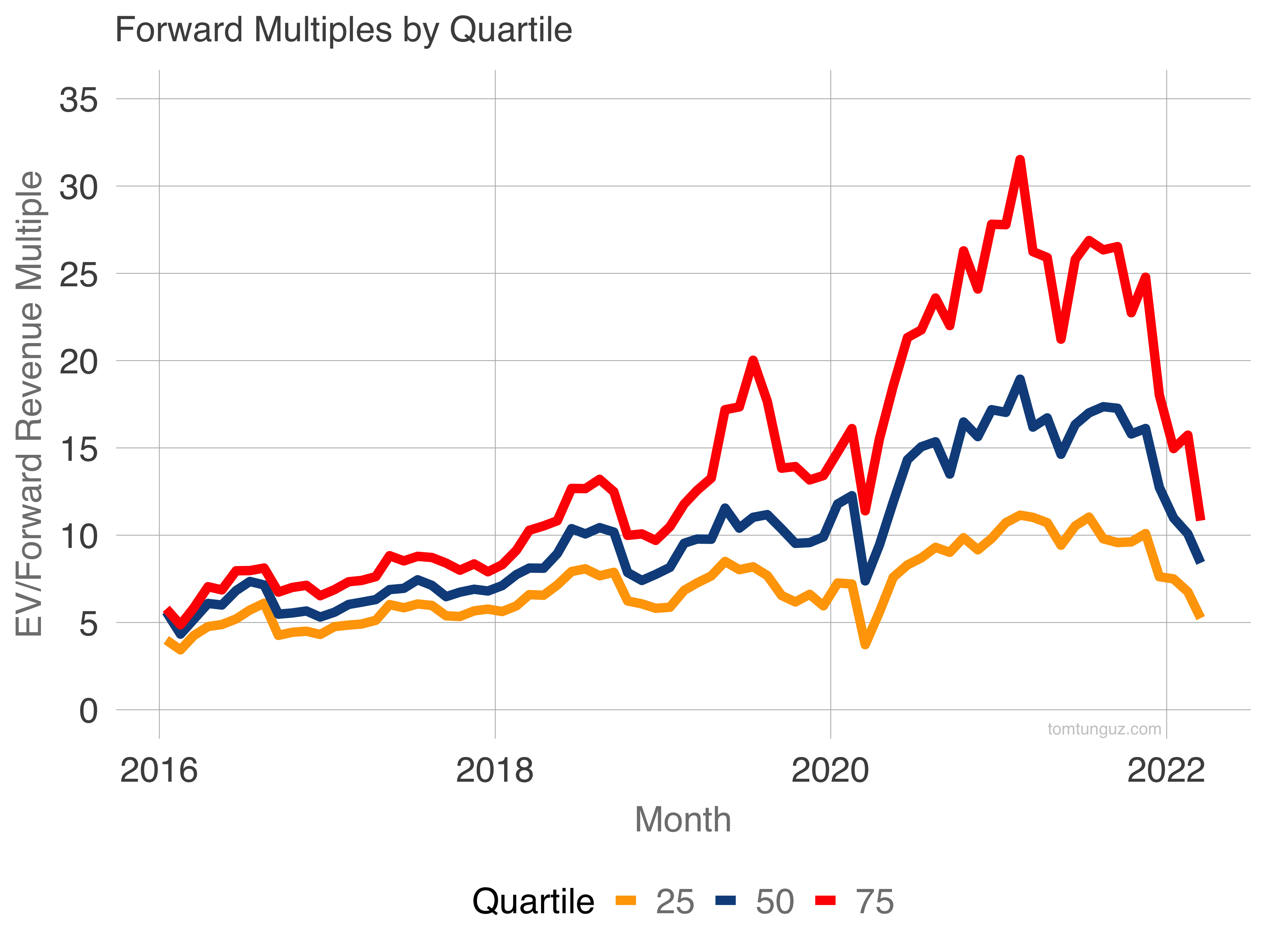 With interest rates continuing to increase by the day, it’s hard to imagine multiples retracing their previous highs.

Rather than facing a down-round, companies may pre-emptively reprice. Imagine a startup raises at $5b and then reprices its RSUs to imply a $3b valuation. It could then raise its next round at $4b and consider it an up-round.

Benjamin Graham, the father of modern investing, wrote in Security Analysis “In the short-run, the stock market is a voting machine. Yet, in the long-run, it’s a weighing machine.”

Valuations of companies may move up and down based on the whims of the market - hot money, interest rates, M&A, IPOs. In the end, great companies will always be valuable, irrespective of the bumps and turbulence along the way.

The Spicy Future for Data